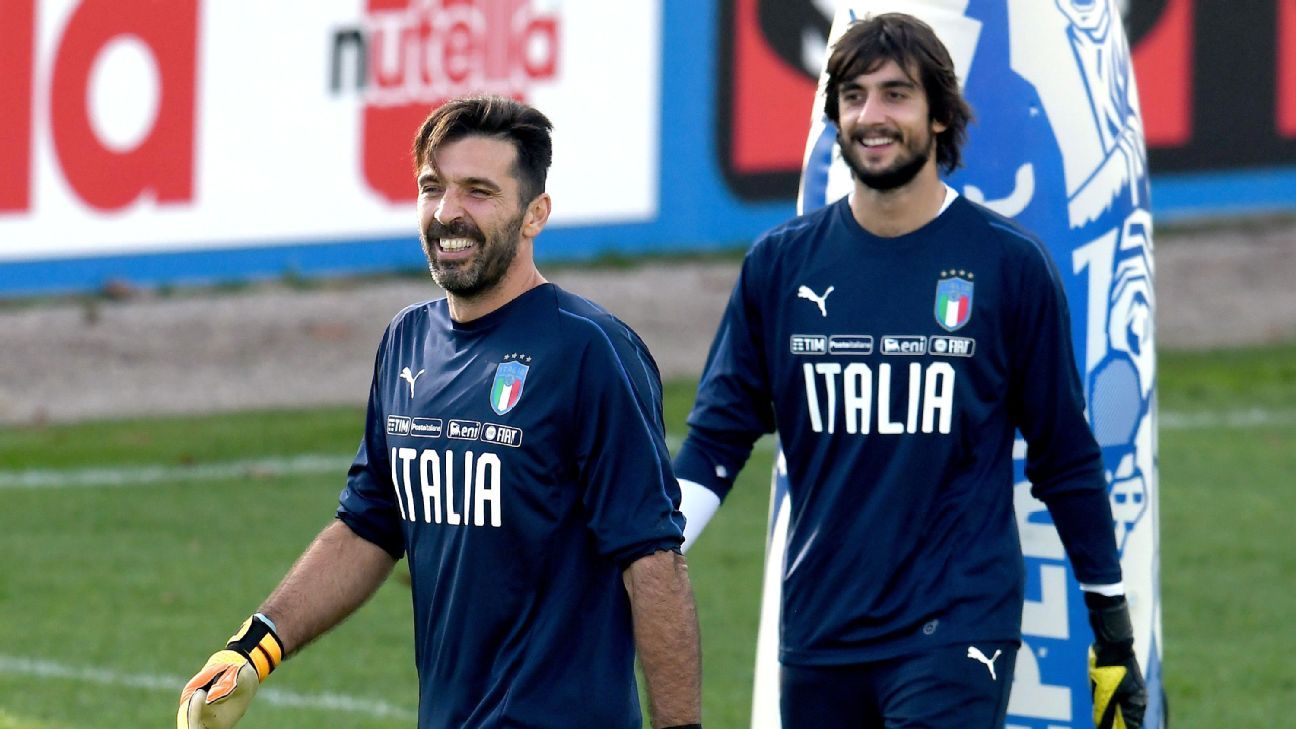 
The journey has been longer than predicted, but the real adventure for Mattia Perin is about to start. More than seven years after making his Serie A debut, Perin finally has an opportunity to become the true heir to one of the league’s greatest, in Gianluigi Buffon. Signed by Juventus from Genoa for €12 million in the summer, the 25-year-old has a chance to live up to the “next Buffon” hype for club and country which has followed him his entire life.

Perin’s talent was easy to spot early on. He started playing as a goalkeeper despite being the smallest kid in his neighbourhood, but made a lasting impression on many coaches.

Nicola Melani, who worked with him at Pistoiese’s youth team, and was gifted the shirt by the youngster after his first Serie A match for Genoa in May 2011, said: “Mattia can become even better than Buffon.”

Perin was loaned out to Padova in 2011, while coach Alessandro Dal Canto claimed that he witnessed “a clone of Buffon between the posts,” after his magnificent debut against Empoli. Perin, who was only promoted to the starting lineup because of an injury to Ivan Pelizzoli, was voted the best goalkeeper in Serie B in 2011-12, even though Padova finished seventh and had a rather shaky defence.

The goalkeeper is used to excelling in difficult circumstances. While at Padova, one of his best performances occurred in a 6-0 home thrashing by rampant Pescara. The visitors, coached by Zdenek Zeman and led by Marco Verratti, Lorenzo Insigne and Ciro Immobile, ran riot against Perin’s hapless teammates, but the goalkeeper helped to prevent an even more humiliating result.

Promoted Pescara took the keeper on loan from Genoa for the 2012-13 season but the move wasn’t without its issues.

Perin met his idol for the first time on Nov. 10, 2012 — his 20th birthday — as Pescara hosted Juventus, and the rising star claimed: “I want a great game and Buffon’s shirt as a present.”

The first part of his wish didn’t come true as the minnows were crushed 6-1, but the second did. Buffon consoled the youngster after the final whistle, gifted him the cherished jersey and promised him that his efforts would eventually be rewarded.

Just two months later, Perin’s name was on everyone’s lips. In one of the great Serie A goalkeeping performances, Perin made 13 saves and earned Pescara an unexpected and undeserved 2-0 triumph at Fiorentina. That achievement was the team’s last win of the season, and they conceded 84 goals on their way to finishing last, but for Perin it was an important learning experience.

From there, many expected Perin to be the next great Italian goalkeeper. His form for Genoa was mostly magnificent, Cesare Prandelli included him in Italy’s 2014 World Cup squad and the future looked bright. But a cruel twist of fate was to come, as Perin tore knee ligaments twice in less than a year.

The first injury occurred in April 2016, and he had time to recover in time for the start of the new season. On Jan. 8, 2017, though, the knee was damaged once again in a 1-0 home defeat to Roma, and Italy fans were left devastated for the unfortunate star.

At the same time, Gianluigi Donnarumma had emerged as the next big thing at AC Milan. Suddenly, a new heir to Buffon’s throne had appeared with all the necessary attributes. Ever since making the debut for Milan in 2015 at the age of 16, he was considered destined for greatness. And while Donnarumma flourished, Perin spent time with doctors, fighting to put his career back on track.

There was a danger that Perin’s potential would not be fulfilled, but the goalkeeper proved he was strong enough to overcome all the obstacles. After his second injury, he posted a smiling photo from hospital, quoting Paulo Coelho about miracles and warriors who make them happen. “I will start again from this bed, with the desire to never give up. At the end of the path, I will be a different person, hopefully a better one,” he promised.

As Perin puts it, a goalkeeper needs to find “the right balance between instincts and thought.” He has incredible reflexes, is extremely courageous and fast off his line when needed, but at the same time makes an effort to read the play, anticipate the opponents’ moves, and works on tactical aspects of the game.

He could yet outshine Donnarumma, against the odds. The Milan superstar, represented by agent Mino Raiola, has found life off the pitch difficult at times. Perin, despite having an easy going personality and reputation as a prankster, has never lost focus on the pitch — he combines self-confidence with a constant willingness to learn and improve.

Injuries and countless losses have made him stronger ahead of the biggest challenge of his career at Juventus. But he is ready now.

It won’t be a straightforward task to win the battle with Wojciech Szczesny for No. 1 shirt this season now that Buffon has vacated it, but the sky should be the limit for Perin if he prevails. He is about to fulfil a lifelong dream and play in the Champions League and the spotlight will be on him on weekly basis, which should help him in the national team reckoning as well.

In June, Perin finally started for Italy for the first time in a 1-1 draw against Netherlands. This season he will be targeting the Juventus spot, looking to oust Donnarumma for Italy and make the most of his time in the spotlight. He has waited a long time for his chance, but he is at the right club to do so.