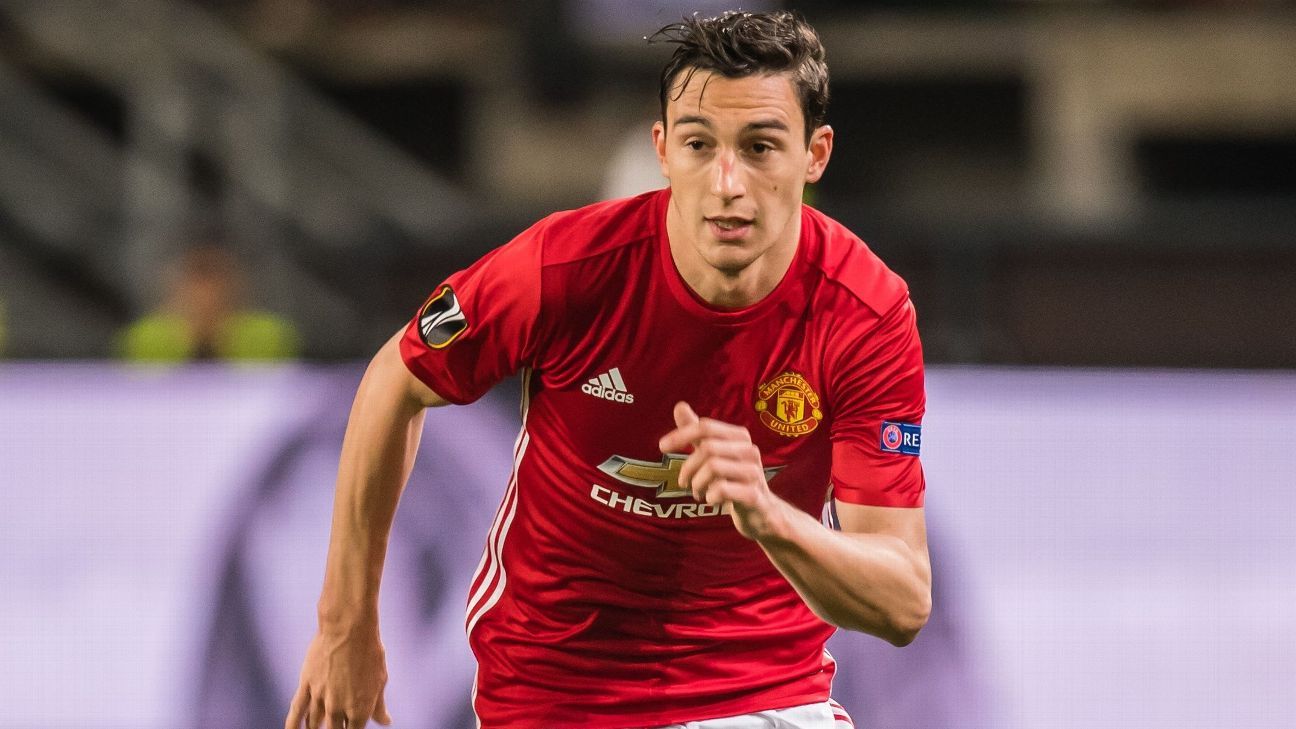 
Matteo Darmian says he is happy at Manchester United, despite reports linking the full-back with a summer return to Italy.

Darmian left his homeland for the first time in his career two years ago, swapping Torino for United in a deal worth £12.7 million.

The Italy international struggled to fulfil expectations in his first season and took his time to win over Jose Mourinho last term, eventually returning to form towards the end of the campaign.

Sources have told ESPN FC that Mourinho wants to keep hold of Darmian, who has been linked with a move to Juventus, and the player himself says he is enjoying life at Old Trafford.

Mourinho will have some decisions to make regarding his defence this summer, but retaining Darmian looks logical given his impressive end to last season and versatility.

“I always say the position doesn’t matter to me,” Darmian said, having proven capable in both full-back slots. “If I have to play left or right, I work hard to be ready when the manager gives me an opportunity and that’s it. I try to do my best every time, every game. I try to work hard during the week and that’s my philosophy.”

Asked whether he preferred one side to the other, Darmian said: “Not really. I prefer maybe to play on the right side, but no problem at all.”

Darmian went on to praise United’s signing of Romelu Lukaku from Everton for an initial £75m.

“Of course we know very well Romelu, not just last season when he did very well,” Darmian said. “He scores goals and for us I think he is very important. Also he is our target. He is good for us even when we are under pressure maybe to put a long ball and he can hold the ball and try to beat the pressure of the opponent.”

Darmian helped United to win the League Cup and Europa League last season, and he says he is out for more success this term.

“Of course when you play for Manchester United, you have to try to win a lot of trophies,” Darmian added. “Also because Manchester United is used to winning we try to do our best to win other trophies.

“Last season was good because we won three trophies and we want to continue like this. We will fight for the Premier League, of course for the Champions League and the other trophies we have this season.

“Manchester United is probably the biggest club in the world. Of course it means a lot for me to be here and pushes me to every time do my best.”