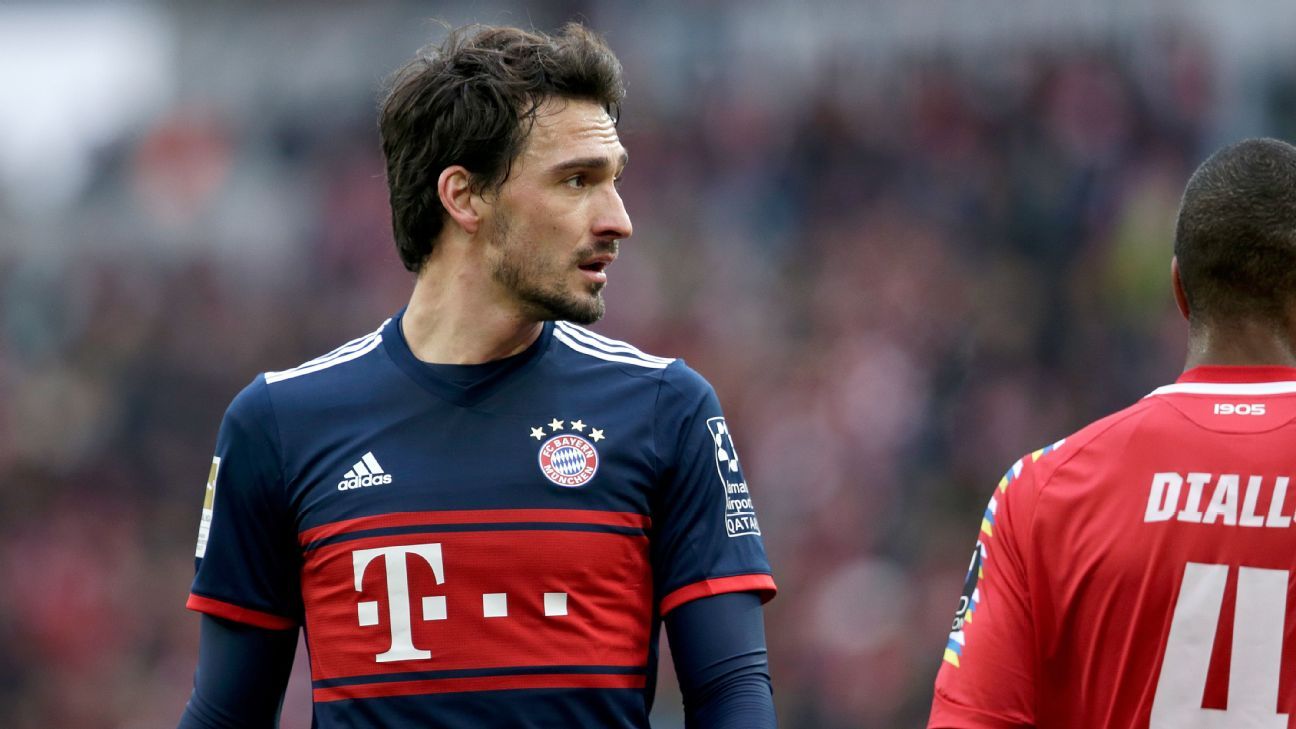 
Mats Hummels has told Sport Bild he held clear-the-air talks with Thomas Tuchel after their working relationship came to a stormy end at Borussia Dortmund.

Hummels, a former Dortmund captain now with Bayern Munich, and Tuchel, the club’s coach between 2015-17, agreed to meet before Germany’s friendly against England in March 2017.

“We met during the international break in Dortmund and talked,” Hummels told Sport Bild.

Hummels insisted the talks were positive with Tuchel, whom he worked with in the 2015-16 campaign.

“I can say that it was a good conversation,” he said.

Hummels, 29, progressed through Bayern’s youth teams but made just a solitary league appearance before opting to join coach Jurgen Klopp at Dortmund in 2009 — initially on loan and then permanently.

He returned to Bayern on a five-year deal in summer 2016 following nearly nine years at Dortmund, where he won back-to-back Bundesliga titles in 2011 and 2012 under Klopp and later became club captain.

Hummels and Tuchel reportedly didn’t always see eye to eye, and with the transfer to Bayern already announced, Tuchel criticised the defender for his performance in his last game for Dortmund — a penalty shootout defeat to Bayern in the DFB Pokal final in May 2016, which was also Pep Guardiola’s final game coaching Bayern.

“Mats can do better,” Tuchel said after Hummels insisted on being substituted on 78 minutes.

Hummels said he was asked about Tuchel by the Bayern hierarchy when they were seeking a replacement for Carlo Ancelotti in October.

However, Tuchel, 44, turned down the opportunity to coach Bayern last month with Jupp Heynckes expected to retire at the end of the season.