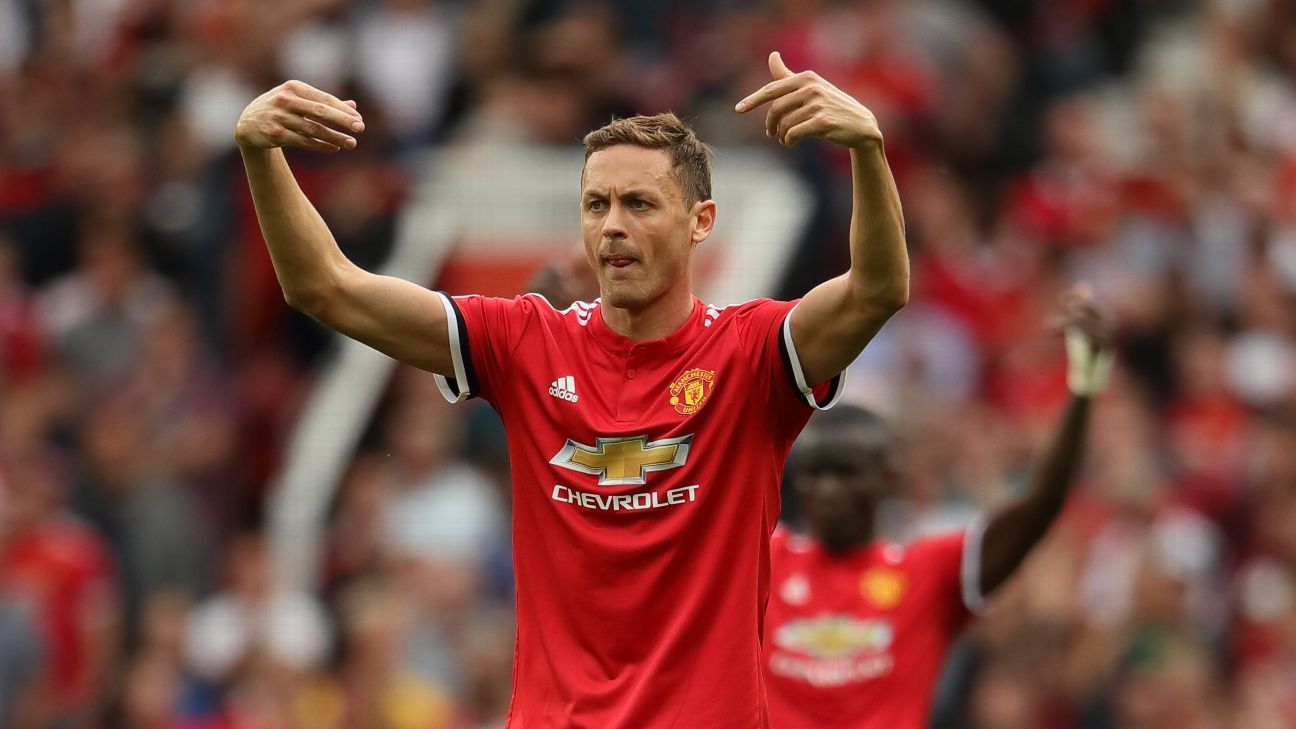 “It is not fair to talk about Harry Kane,” he said, though there was little doubt that Spurs missed the injured Kane’s cutting edge in an even contest at Old Trafford.

Not that Jose Mourinho had much sympathy for Kane’s absence.

“We have no Zlatan Ibrahimovic, no Paul Pogba, no Marouane Fellaini, no Marcos Rojo, no Michael Carrick, so don’t speak to me about Harry Kane,” he said on Friday.

As United struggle for fluency, it is Pogba’s continued absence from midfield with a hamstring injury that is widely blamed.

Each of the Premier League’s 20 clubs have someone they probably cannot lose if objectives for the season are to be met. Here’s a look at them …

Pep Guardiola can call on such attacking riches that even the absence of Sergio Aguero and Kevin De Bruyne can be catered for but at the other end, the signing of goalkeeper Ederson has made a huge difference. Where Claudio Bravo lmade weekly errors last season, Ederson has been both solid and brave.

While Pogba’s absence has led to a gradual slowdown in United’s effectiveness, and Saturday’s reliance on the long ball, their defence — save for a 2-1 loss at Huddersfield — has remained largely as safe as before. That owes plenty to the shield Matic provides and when Pogba is available, the Serb’s positional discipline allows the Frenchman freedom to roam.

There are those who suggest Mousa Dembele, Toby Alderweireld and Christian Eriksen are Spurs’ key men, but that is often ignorant of the impact Kane has had on Tottenham since his breakthrough in the winter of 2014. He is both his club’s leading goalscorer and spiritual guide.

The key man of the last two Premier League title winners has been missing through injury this month and there has been a noticeable drop in Chelsea’s command of matches. Only against hapless Bournemouth on Saturday did Chelsea keep a clean sheet in the four games Kante has missed. Tiemoue Bakayoko has struggled to replicate his countryman’s influence.

There are mere weeks until the January transfer window opens for him to be linked with departure, but the decision of Arsene Wenger to hold Sanchez to his contract is paying off so far as Arsenal sit level on points with fourth place Chelsea. The only game lost with Sanchez in his team came in his first appearance of the season, a 4-0 defeat at Liverpool played while he hoped to sign for Manchester City.

In the absence of a key defender to soothe Liverpool’s ruinous concession of goals and a midfield that struggles to protect that back four, one of Liverpool’s attackers must be pinpointed. They are without Mane at the moment, and he has lately supplanted Philippe Coutinho as the team’s attacking fulcrum. To underline his importance, Liverpool were knocked out of the FA Cup and League Cup as well as losing at home to Swansea in the Premier League last January when Mane was at the African Nations Cup with Senegal.

Mee is joint-leader in blocks the Premier League with 18, while defensive partner James Tarkowski has made just one fewer. Sean Dyche’s team are the blocking champions of England, with midfielder Jack Cork also having made 12. Burnley concede more shots per game than anyone else in the Premier League (an average of 18.2), almost double their attacking shots per game average of 9.9, but are in seventh in the table. Mee leads that effort.

When Watford flopped 1-0 at home to Stoke last Saturday, it was noticeable their surprising slump coincided with an off-day for Cleverley, who after struggling to live up to the promise of his younger days at Manchester United, Everton or Aston Villa, has been ever-present in midfield for Marco Silva’s team.

Rafa Benitez is another manager hoping to achieve stability with a limited hand of personnel and Lascelles, his 23-year-old captain, leads a defence that has conceded only nine times in 10 matches to symbolise the spirit Newcastle require to survive.

Keeping hold of the Dutchman was a statement of intent from Southampton’s owners, even if the player was desperate to be allowed to leave for Liverpool. In a team that scores few goals, a top level defender is required and performances have improved since his return.

Leicester are on their third manager in eight months, and Claude Puel will definitely need Vardy to continue in the vein of Sunday’s victory over Everton, in which he grabbed a first goal in five matches. Vardy at full pelt is the embodiment of what has made Leicester difficult opponents.

Brighton are a no-frills team built on manager Chris Hughton’s belief in defensive organisation, but Gross, a bargain buy from Ingolstadt, is a player to open up opposing defences. He has supplied five assists this season, and only Manchester City duo David Silva and De Bruyne have created more goals than that.

Mooy is the creative force in David Wagner’s hardworking team, supplying the attacking vision and allowed freedom to find opportunities. He has struggled a little more in the Premier League as opposed to the Championship, but scored in that stunning 2-1 defeat of Manchester United.

This looks like being a tough season for Mark Hughes’ team and one in which a combination of determination and craft will be required to haul them back up the table. Allen personifies those qualities and is Stoke’s leading man in midfield.

These are tough times at West Brom, whose bright start to the season has badly faded, with fans not happy with manager Tony Pulis. Evans was close to a move to Manchester City in the summer but must now help restore the defensive quality his club and manager were previously known for. Alone among his colleagues, he remains a class act.

There have been very few bright sparks in West Ham’s season and Lanzini’s absence until the end of September was viewed as one mitigating factor. He has struggled to replace Dimitri Payet as the club’s star playmaker but his skills bring something different to an otherwise leaden squad.

With Wilfried Bony failing to emulate his first spell at Swansea, a huge amount of pressure is being placed on 20-year-old Chelsea loanee Abraham, who has scored four of their seven goals so far. Without him, Paul Clement’s team would be in desperate difficulty.

The season could hardly have gone much worse for Everton, where there have been malfunctions in defence, midfield and attack, though at least goalkeeper Pickford has justified something close to his £25 million fee from Sunderland with a series of fine saves.

Eddie Howe’s team are in deep trouble, with him admitting at the weekend after a 1-0 defeat to Chelsea that Bournemouth are struggling to create chances like they did in their previous two Premier League seasons. Defoe is receiving poor service and has scored just once, but to survive his club need him to rediscover his shooting boots.

The evidence of Zaha’s return from injury is that probably no other club is as reliant on their star as Palace on the Ivorian winger. Since coming back, he has scored two of their total of four goals, and in doing so has been responsible for each of their four points so far. Saturday’s 97th minute equaliser against West Ham underlined that importance.