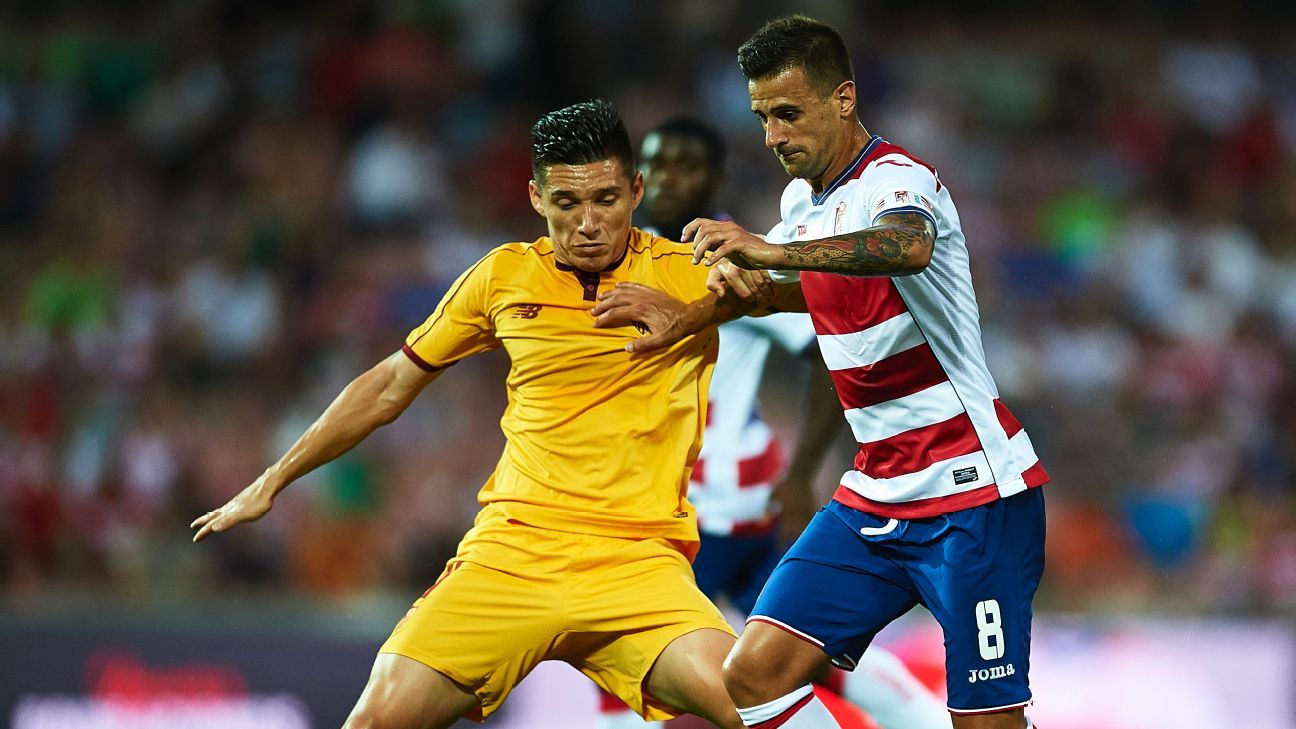 
Matias Kranevitter has said he wants a chance to prove his worth at Atletico Madrid following his loan spell with Sevilla last season.

Kranevitter, who is under contract with Atletico until June 2020, made eight league appearances for them in 2015-16 before moving to Sevilla.

“There’s no buyout option that Sevilla can exercise so I have to return to Atletico,” he told Radio Mitre. “I want to succeed at Atletico.”

The 24-year-old former River Plate midfielder made 21 league appearances for Sevilla and said: “I didn’t play as much as I would have liked, but more than I would have at Atletico.

“It has been difficult to adapt to Spanish football because it is very different to that in Argentina.”

The lack of regular first-team appearances has led to Kranevitter losing his place in the Argentina squad, and he said he would be open to a move to enhance his chances of competing at the 2018 World Cup.

“I have great hope that I can play at the World Cup but I know it depends more on me than on [Argentina coach Jorge] Sampaoli,” he said.

“I don’t know what my future will be, but I don’t close the door to any team. I don’t rule out a possible return to River Plate. I’m a River fan.

“It was where I was happiest in my youth and where I arrived in the Primera [Division]. I always want to return but I don’t know if this is the right time.”