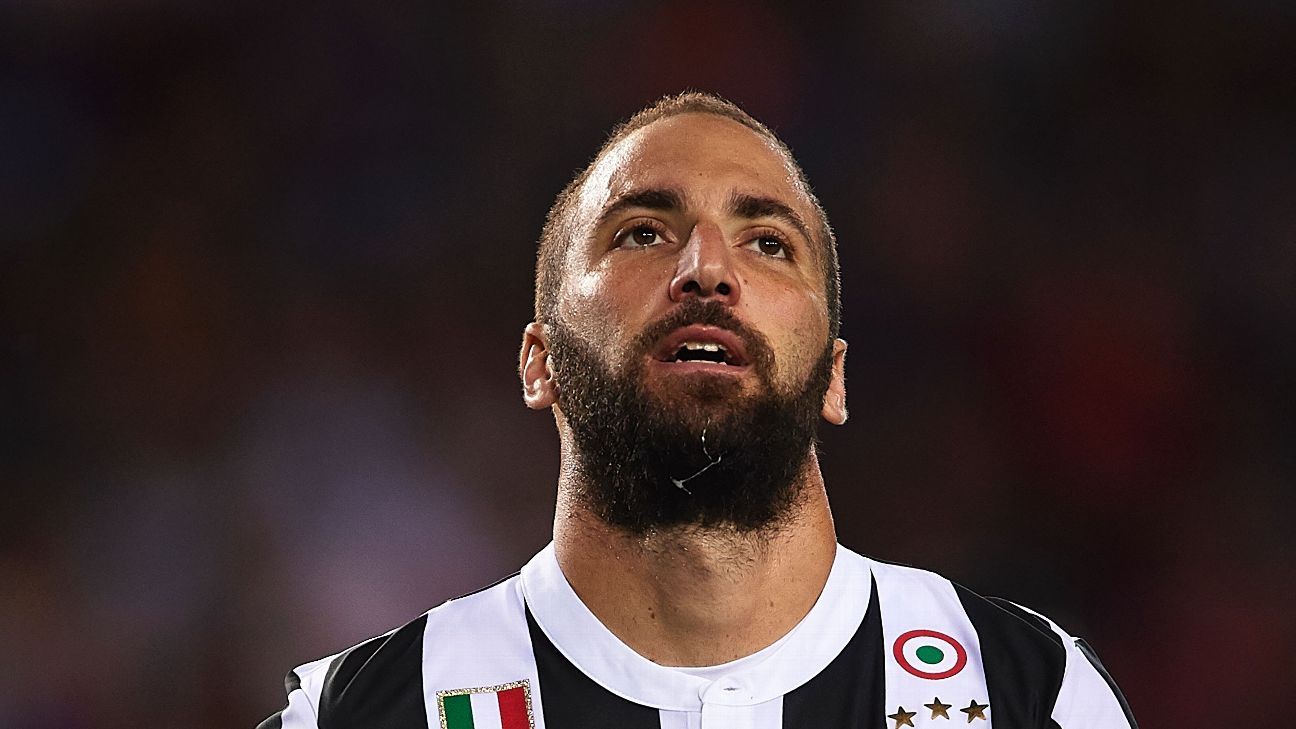 
Juventus coach Massimiliano Allegri says that Gonzalo Higuain must help the team more and not let his head drop after he failed to make an impact in the 3-0 Champions League defeat at Barcelona on Tuesday.

Higuain cut a forlorn figure in the Juve attack as he struggled to find any opportunities to score at the Camp Nou.

While Paulo Dybala still moved around and came back to help the Juve midfield, Higuain appeared to be disinterested as his teammates were unable to set him up, and Allegri was not pleased with that attitude.

“He started well, but he needs to be more relaxed in games like these because at times he gets annoyed and just lets his head drop,” Allegri told Mediaset. “Games like these come down to mental strength. You can’t think that you are just going to come to Barcelona and dominate.

“We can’t be presumptuous. We’ve got to build on the first half, when we played well — but you’ve got to take your chances in games like these because they punish your first mistake. They’ve got [Lionel] Messi who is a game changer.

“We had the chance with Dybala after the break, but we didn’t keep the game open and they become devastating when you give them space.”

Allegri later tweeted that “when you get the simple things wrong, then it’s impossible to win complicated games” as he reflected on the loss.

The turning point in the game for Miralem Pjanic was conceding late in the first half, with Messi opening the scoring, before Ivan Rakitic and the Argentina captain added a second and third after the break.

“We must never concede goals like we did then,” he said. “We got that action wrong and should never have pressed. It was a good first half from us and we just needed to be more clinical up front, but they are a great team. We could have done better, but this defeat will serve as a lesson.

“It’s only the start of the season and the first game so we move on. Everybody’s always criticising Juve and exaggerating, but we will get big results between now and the end of the season. We will respond as we always have. We’ve lost, but the important thing is you learn from your mistakes. We just needed to be more aggressive in front of goal.”

Juve host Olympiakos, who were beaten 3-2 at home by Sporting Lisbon on Tuesday, in their next group game at the end of the month.