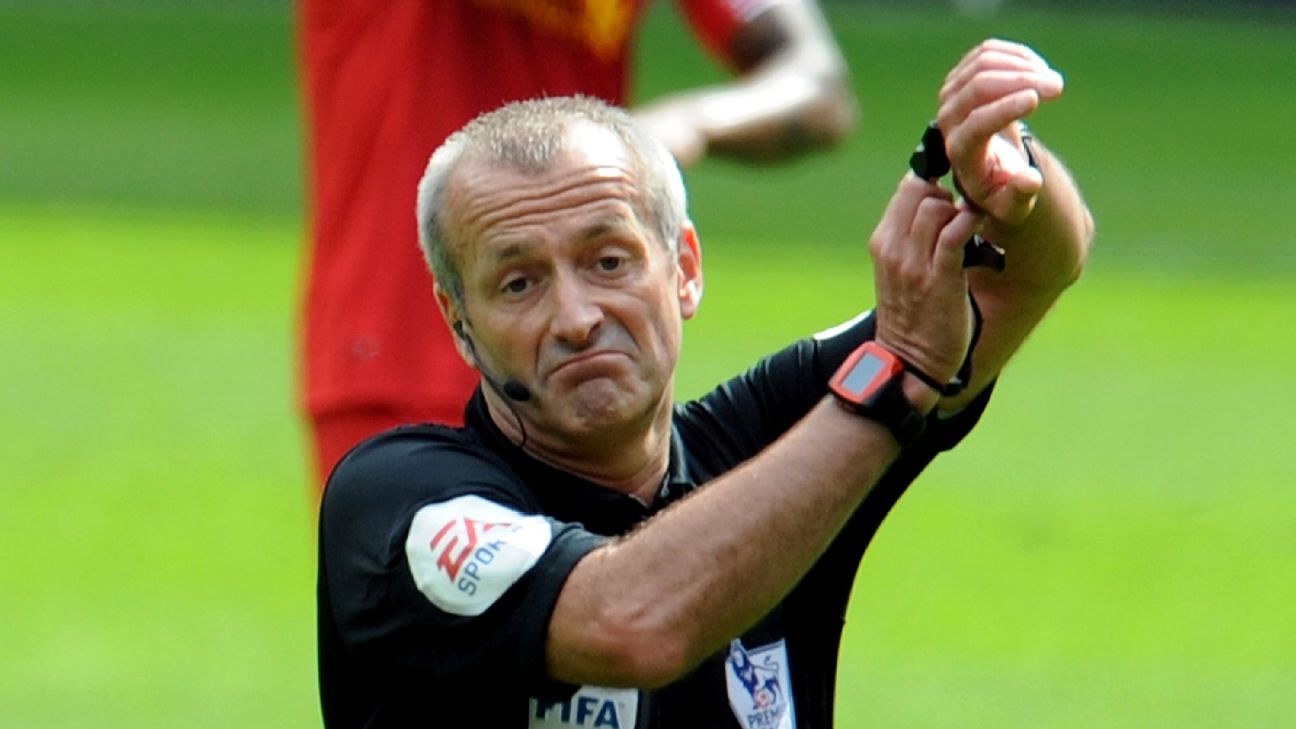 Atkinson will oversee the Anfield encounter on Saturday afternoon and will be assisted by Lee Betts, Stephen Child and fourth official Jon Moss.

The official last refereed a Liverpool-United fixture in March 2015, when he sent off Steven Gerrard just 38 seconds after coming on as a half-time substitute in a 2-1 defeat for Brendan Rodgers’ side.

In total, Atkinson has officiated three fixtures between the two sides, with United winning all of them.

He has not been in charge of a Liverpool game this season, but did referee United’s 4-0 win over West Ham United on the opening weekend of the Premier League.