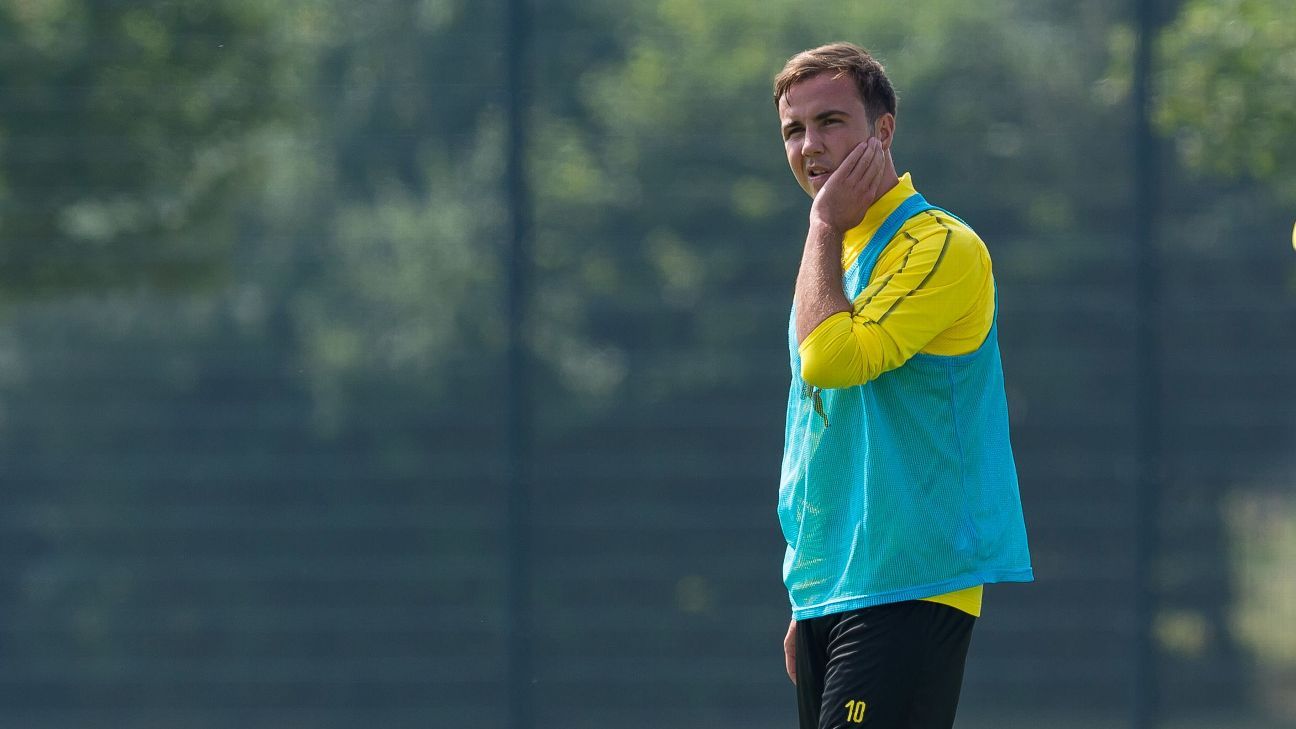 Mario Gotze is facing a crucial year, Borussia Dortmund CEO Hans-Joachim Watzke has said, after the midfielder was left out of Germany’s World Cup squad.

Gotze, 26, has had a difficult time since scoring the 1-0 winner in the 2014 World Cup final against Argentina.

He returned to Dortmund in 2016 after three largely unimpressive years with Bayern Munich, and after scoring just three goals with four assists in 34 Bundesliga games, he has failed to recreate the magic which once made him a promising talent.

“I think that Mario is a smart lad,” Watzke told Bild. “He knows what’s at stake and he must know this will be very crucial season for him.

“I think that [new coach Lucien] Favre now will try to massively help him, but Mario must take care of the rest. It’s not that he does not want it. He’s very professional. He does everything — and still you just get the impression that something is missing, and only the player can solve this in cooperation with the coach.”

Borussia Dortmund started preseason under Favre last weekend. They are set to play their first friendly at Austria Vienna on Friday.

Who’s out, who could step up?
England job starting to wear on Southgate. Is he thinking about a fresh start after 2022 World Cup?
After his England breezed past Iceland, Southgate has plenty of questions to answer ahead of Euros
USMNT, Borussia Dortmund forward Reyna signs new contract
Atletico Madrid’s three-for-one offer for Antoine Griezmann rejected by Barcelona