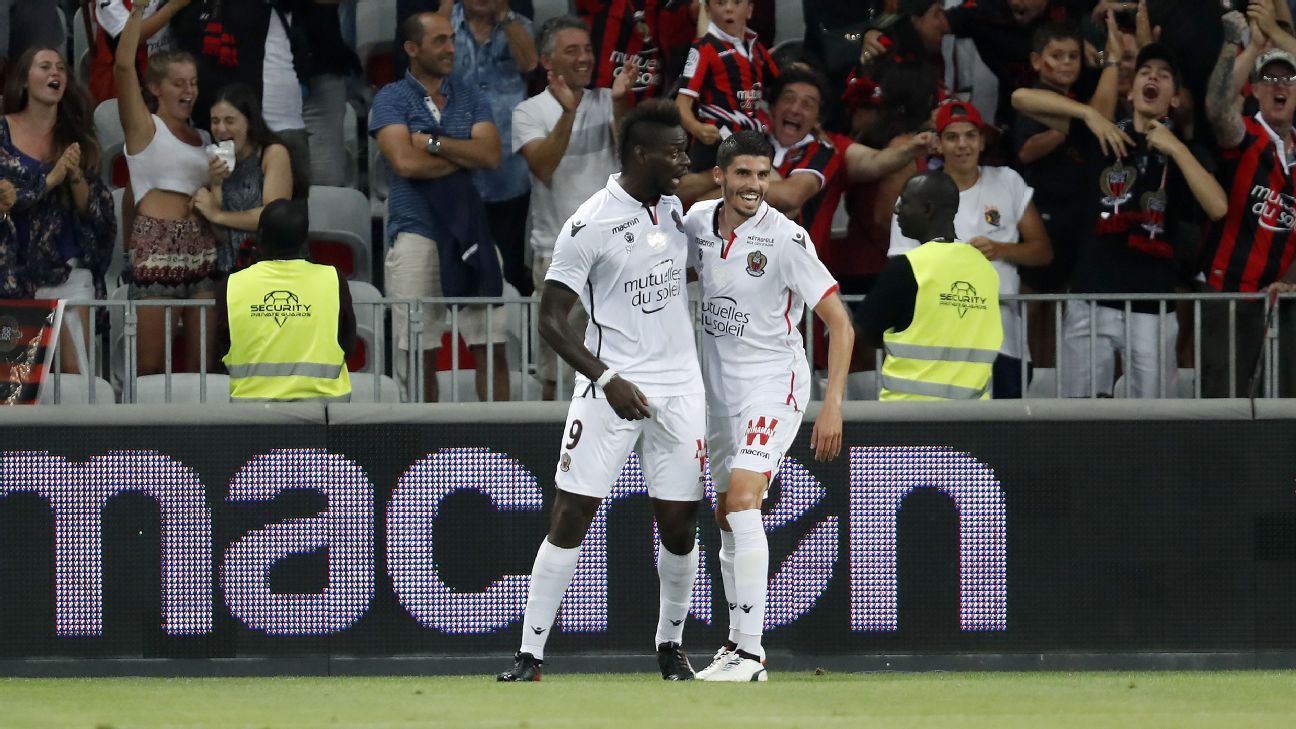 
Mario Balotelli’s first-half goal was only enough for Nice to earn a 1-1 draw against Ajax in the first leg of their Champions League third qualifying round match on Wednesday.

Balotelli, the former Manchester City, AC Milan and Liverpool forward, tapped home into an empty net in the 32nd minute from Jean Seri’s pass across goal after a surging run.

Four-time European champions Ajax levelled with Donny van de Beek’s goal in the 49t minute to gain a slim away goals advantage ahead of the return game at home next Wednesday.

Celtic’s bid to reach the group stages stuttered with a goalless draw against Rosenborg in the first leg at Parkhead.

The Hoops played without a recognised centre-forward due to injury and suspension — midfielder Tom Rogic was ostensibly the furthest man in attack — and they missed a focal point in an encounter where the visiting keeper Andre Hansen had little to do.

Indeed, the Norwegian side created the better chances and Celtic keeper Craig Gordon made several saves to give the Scottish champions, big favourites for the tie, at least a clean sheet to take into the second leg.

In a thrilling Champions League debut, Istanbul Basaksehir trailed by two first-half goals at Club Brugge, led 3-2 during a fierce second-half spell, then conceded a 79th-minute leveler to draw 3-3.

Fifteen teams advance from the third qualifying round to join five more teams — including Liverpool, Sevilla and Napoli — in the playoffs next month.