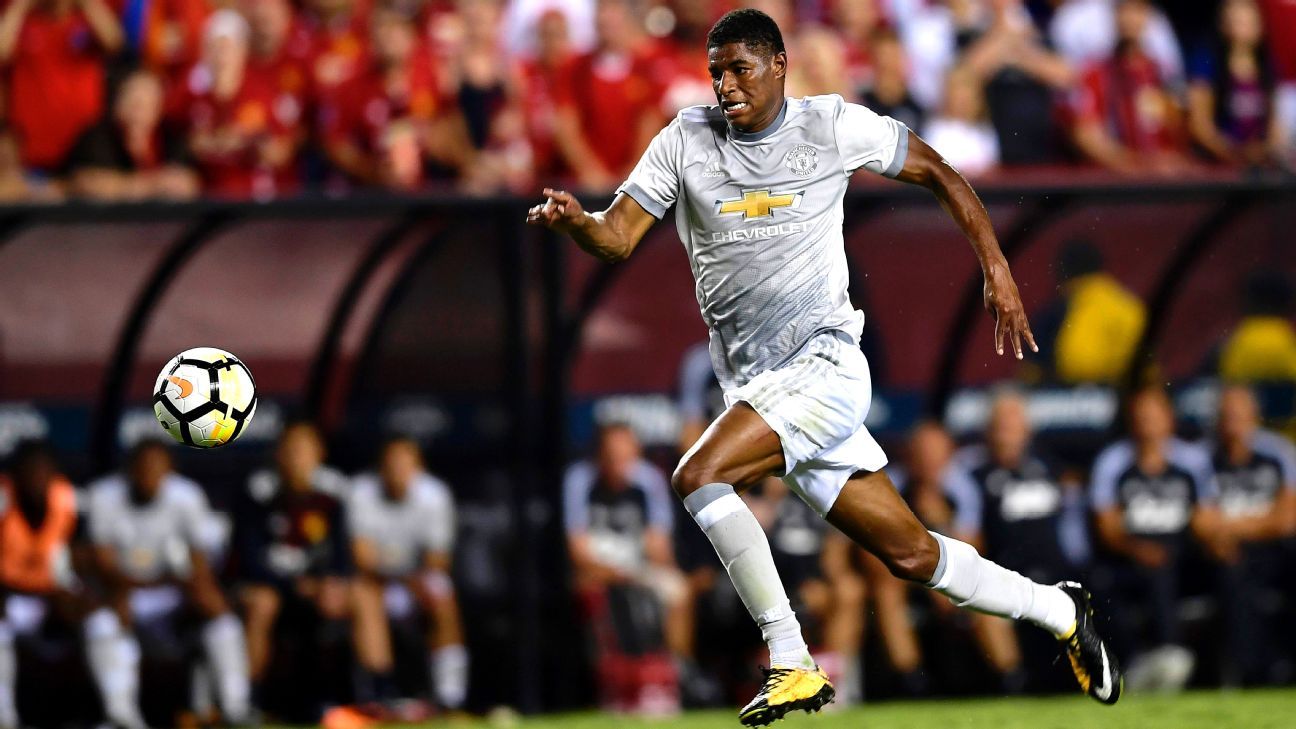 
Though Manchester United have greeted three new arrivals this summer, their most exciting prospect has long been at the club. Marcus Rashford is that rare breed of footballer: A player whose peak is nowhere in sight.

Last season, though he was not prolific, he was still decisive. His late finish against Anderlecht in the Europa League, taking United through to the semifinals, was as timely as it was sublime.

Following that game, Roy Keane stated that Rashford should not yet be compared to Ole Gunnar Solskjaer and Ruud van Nistelrooy, since they were two of the greatest finishers the game had seen. Rashford, thought Keane, still had to get into “good habits,” relying not so much on his speed and more on his composure.

The good news for Rashford, if the preseason games are any indication of what is to come, is that Jose Mourinho is fairly open to the idea of starting with two strikers up front. This should not only mark an end to the excessive caution that saw United draw so many games at home last season, but also present Rashford with his best opportunity to thrive at Old Trafford.

When playing wide on the left, Rashford was always diligent but never consistently effective. When playing as a lone striker, he often found himself isolated. Alongside another quick forward, mostly likely to be Romelu Lukaku, Rashford could prosper even beyond high expectations.

He has as much speed and guile as any England forward in recent memory, and he emerged with credit from a season in which some of his more experienced peers struggled or were sold.

Rashford is a striker of diverse gifts. He can finish with finesse or with raw power and is equally threatening on the counter-attack asin a congested penalty area. His accuracy is not yet at an elite level, but this is mitigated by the fact that for long periods of last season he was regularly played out of position. Frequent starts through the centre, such as those he got at the start of his first-team career, would go some way to alleviating that problem.

The team’s recent additions have given the side far better balance, which is excellent news for United’s attack, whose problems were as much structural as they were individual. Though Mourinho’s strikers missed too many chances last season, slow build-up play meant they found it difficult to pass their way through deep-lying defences. This season, promptness in possession should make them far more dangerous and that is undoubtedly to Rashford’s benefit.

Rashford’s scoring record, on the face of it, is not that impressive: 19 goals in 71 appearances for United, including 10 in 43 Premier League appearances. But these numbers do not tell the full story, which is that he made his debut in one of the most negative United sides in recent memory.

In that same Louis van Gaal-managed team, he struck five times in 11 league matches, including two against Arsenal on his debut and the winner against Manchester City. He is still only 19 and so prodigious a talent that he has managed to relegate Anthony Martial to the bench.

Rashford and his peers up front cannot afford a slow start to this season. This will be the first year at United in which his gifts will be granted the platform they truly need to flourish, with the tempo of passing and movement set to be notably quicker.

Paul Pogba will be able to push a few yards farther forward and, after his traumatic start to last season, Henrikh Mkhitaryan is looking sharp. Meanwhile, though it is early days, Lukaku looks like he will lift much of the goalscoring burden that looked set to fall a little too soon upon Rashford’s shoulders.

The lighter burden is one that Rashford should relish. He still has a little way to go to be as feared a finisher but it is not fanciful to think that, in a couple of years, he will be a player who any leading team would trust in a one-on-one situation.

Pogba will be supplying him, Lukaku will be playing off him and — most crucially of all — Mourinho trusts him. The UEFA Champions League is still to come and, with the Premier League set to be more competitive than ever, the stage is set for Rashford to show his best. Hopes are high, and rightly so.