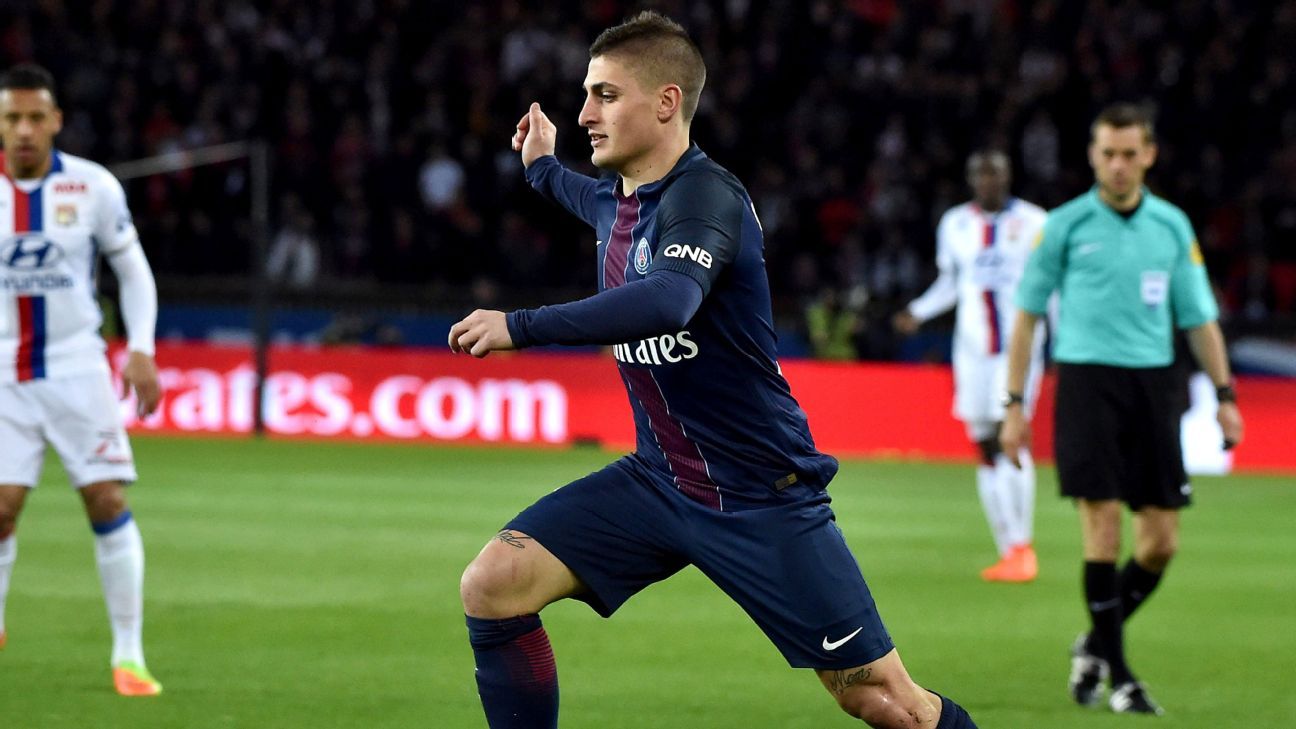 
Paris Saint-Germain midfielder Marco Verratti has distanced himself from agent Donato Di Campli’s sensational recent comments about the club and affirmed his commitment to the French capital outfit amid rumours of intense Barcelona interest.

PSG published a video of the Italy international denouncing his representative’s numerous claims, notably his criticism of the Ligue 1 giants’ Qatari owners, via the official website.

A word from Marco Verratti ���� pic.twitter.com/f9cfSCpW1t

It is also the first time that Verratti, 24, has spoken publicly about the furore surrounding his future and a possible move to Camp Nou after weeks of Di Campli speaking with the press.

“We’ve gone through some tough times over the last few days,” Verratti said. “I saw what my agent said and just want to say that they are not my words at all. And I want to apologise to everyone at the club, the president, the fans and the players.

“I am very happy here, we got back to training now, I am thrilled to be back here and start working again. I know the club trusts me and I really want to apologise once again.

“I don’t talk much because I have a lot of respect for Paris Saint-Germain. I have become the player I am today also thanks to the club, and that’s why I am deeply sorry.

“They were not my words, and he made a big mistake. I hope that this will not happen again. Everyone wants to focus on working, I too will do my best as I always do for the club.”

Verratti reported for PSG training on Friday, three days ahead of his scheduled return from his holidays and the recently deposed former French champions published numerous pictures and a detailed report of his first day back at Camp des Loges.