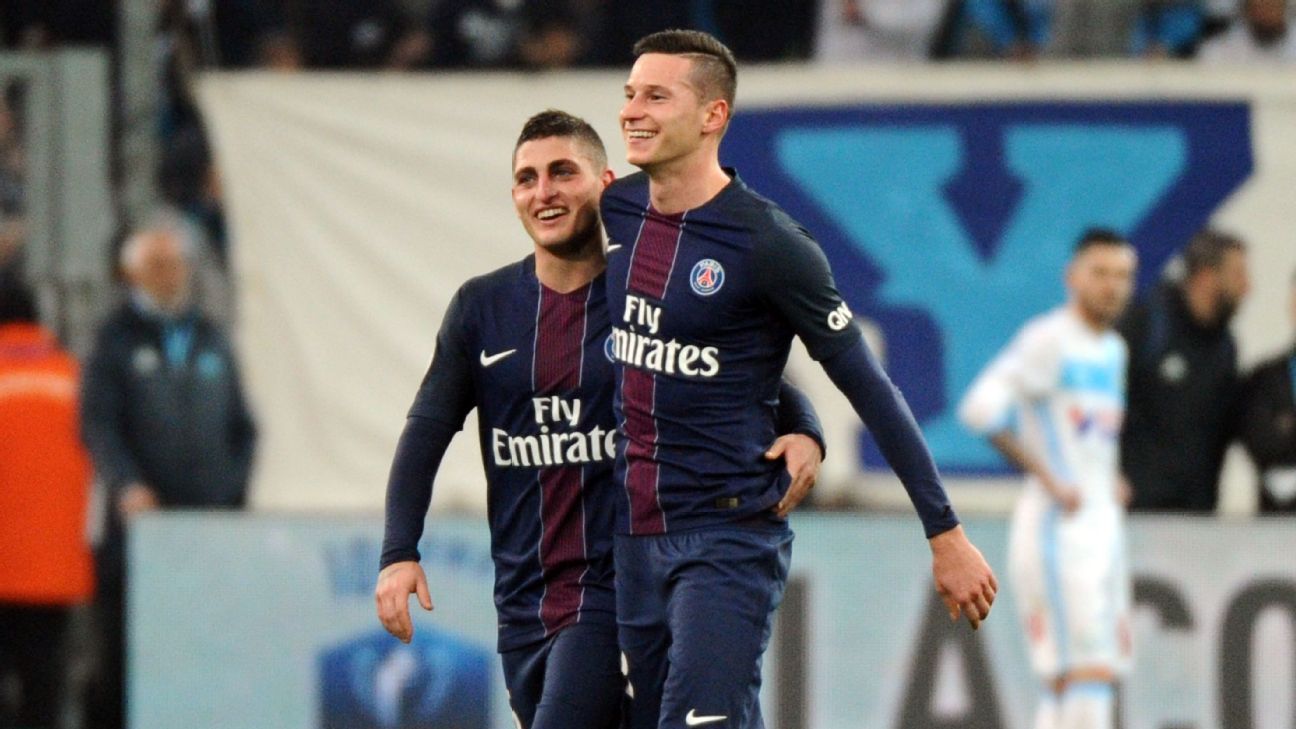 
PARIS — Paris Saint-Germain will be without regular starters Marco Verratti, Angel Di Maria and Javier Pastore, as well as Hatem Ben Arfa, for the visit of Olympique Lyonnais in Ligue 1 on Sunday.

There are still question marks over Adrien Rabiot’s participation at Parc des Princes but the France international has been picked as part of PSG coach Unai Emery’s 18-man squad.

Verratti will serve the last of his three-match domestic suspension this weekend, while Argentine pair Di Maria and Pastore are both still injured after the most recent international break.

Ben Arfa has been training with PSG’s reserves recently after snubbing offers to leave the capital club this summer — despite being told he has no future with the French giants — but was readmitted to senior training on Friday in what Emery described as “a club decision.”

The Spaniard hinted that Ben Arfa might feature in his group for the clash with the 30-year-old France international’s formative club but Emery has ultimately left him out again.

PSG’s star trio of Neymar, Kylian Mbappe and Edinson Cavani are all present in the squad and expected to start, while Julian Draxler is also in line to feature in a 4-2-3-1 formation and either Christopher Nkunku or Giovani Lo Celso could start if Rabiot is not deemed fit enough.