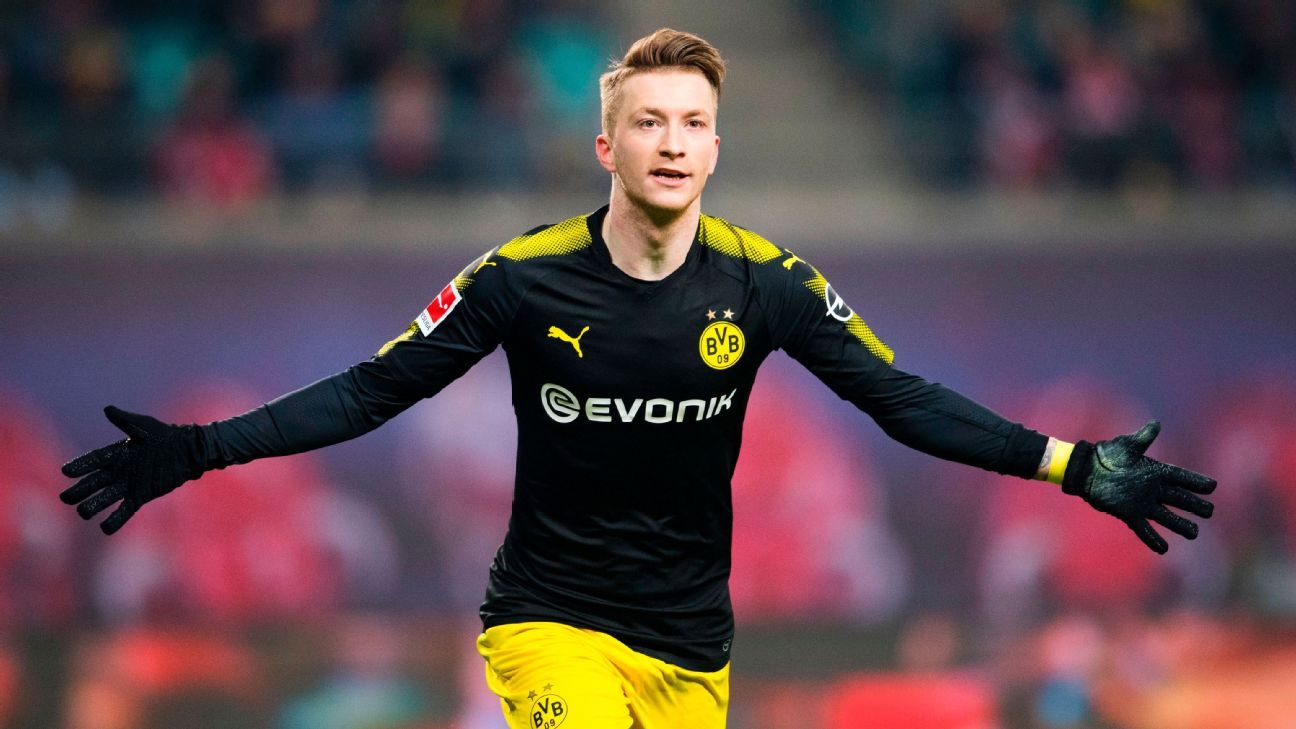 
Marco Reus has signed a new five-and-a-half year contract to remain at Borussia Dortmund until the summer of 2023.

The 28-year-old joined BVB from Borussia Monchengladbach in 2012 in a move worth around £15 million, but has been blighted by injuries throughout his six-season spell at Signal Iduna Park.

However, the eight-time Bundesliga champions have showed their loyalty to the Germany international, who has scored three goals and assisted two more in seven appearances since returning from his latest setback in February, sparking reported interest from top clubs around Europe.

Reus, whose existing deal was set to expire at the end of next season, told Dortmund’s website: “I’m wearing the Dortmund shirt since 2012. I’m happy and proud to announce today that I will continue to wear it. Dortmund is my home, BVB is my club.

“Since my childhood, I dreamed about wearing the Black and Yellow. It’s my deepest conviction to set a clear sign for the future with this contract extension. My pledge to the club today is also a thank you to the great fans that always supported me.

“The fact that Hans-Joachim Watzke and Michael Zorc always stayed by my side during times of struggle ultimately had a positive influence on my decision today.”

“He’s a man for the important moments and especially for important goals,” the sporting director said. “He is a cornerstone of our offense and a coining face of our club.”