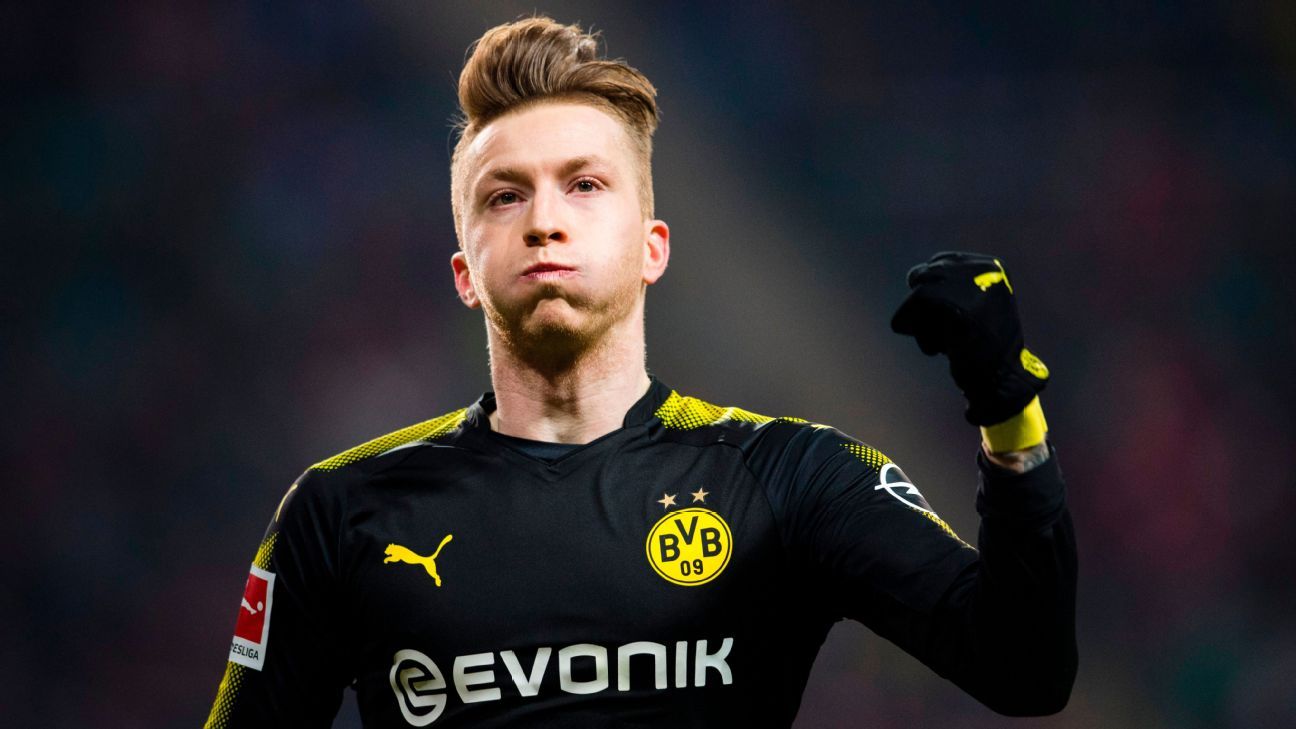 
RB Leipzig’s home game with Borussia Dortmund might have ended in a tense 1-1 stalemate on Saturday night, but it still delivered a resounding win for one of the managers at the Red Bull Arena: Germany national team coach Joachim Low came away feeling buoyed by the superb performance of BVB forward Marco Reus.

After an eight-month layoff following his right cruciate ligament rupture, suffered during Dortmund’s DFB Pokal final win versus Eintracht Frankfurt in May, the 28-year-old attacking midfielder has come back much stronger than Low or BVB boss Peter Stoger could have hoped for. Reus scored his team’s equaliser in a fine move that ended with him calmly rounding Leipzig keeper Peter Gulacsi and slotting home. His typically stylish strike took his tally to three goals in four Bundesliga games.

Reus is the player of the moment for the Black and Yellows, outshining even the instant success of Michy Batshuayi, the Belgian striker on loan from Chelsea. And the Germany international’s full-throttle return could not have come at a more opportune time for club and country. Dortmund need his flashes of imagination and individual moments of unpredictable brilliance to lift the rather humdrum attacking game that Stoger has overseen since his arrival before Christmas. Equally, the national team should be an even more frightening prospect in Russia if his instinctive knack for finding space, as well as the right finish, against deep opponents can be added to what is already a pretty enticing mix.

A supreme talent whose career has been blighted by a series of setbacks, Reus was sadly absent during most of Germany’s strong showings this decade. The former Borussia Mönchengladbach player, dubbed “Rolls Reus” for his imperious playing style, missed out on the previous World Cup in Brazil, as well as the Euros in France, due to injury. He has only ever started one game at a big tournament, the 4-2 win over Greece in the 2012 Euro quarterfinals, for the DFB team. His dream of making it to a World Cup, at last, has fuelled his determination to hit the ground running.

“I’d be lying if I said that I didn’t think about [Russia] and really want to be there,” Reus said last week. “I keep it in the back of my head because it’s important to be focused, but I won’t make a secret of the fact that it’s a big goal of mine to be there. I know I’ve got a good chance if I’m playing well.”

That’s an understatement. On current form, Reus won’t just make the squad; he’ll be a strong contender for a starting berth on the left side of attacking midfield, where Man City’s lightning quick Leroy Sane will be a strong option too.

Sources close to the player suggest that his remarkable showings are not a coincidence. Having sadly experienced similar long-term injuries before, Reus was careful not to rush his comeback, preferring to work on his strength and confidence on the training pitch before he saw real action again in the 2-0 Bundesliga win over Hamburger SV three weeks ago. Stoger has taken the player’s views into account in his selection; both men will be careful not to push too hard too soon.

“As long as he feels good, he will play, but we will not overextend him,” said Dortmund’s Austrian coach.

While the front four of Batshuayi, Reus, Mario Gotze and Andre Schurrle have perhaps not clicked as well anticipated just yet, Reus’ joyful demeanour and eagerness to score have proved infectious. For a Germany team that will once more be concerned with translating its stylish possession game into final-third efficiency, he could prove indispensable too. When on top of his game, Reus is not so much a versatile forward but a one-man event. He makes things happen.

The only downside to the local hero’s wonderful restoration is the likely volume of foreign suitors he is bound to attract. This summer might well constitute his last chance to move to a European superpower, but Dortmund are hopeful that they can persuade him to extend his contract beyond 2019 when talks will start in earnest over the next couple of weeks. A born and bred Dortmunder, Reus won’t be as easily persuaded to up sticks, as some his colleagues who left the Signal Iduna Park in recent years. Ironically, he himself will be able to provide the most compelling argument for his prolonged stay: With every goal and fine performance of his, Dortmund will get closer to re-establishing themselves as the second power in the Bundesliga and stay in contention for a win in the Europa League.

Low can consider himself well and truly blessed in any case. The Bundestrainer could have been even happier if Germany striker Timo Werner wasn’t going through a lean spell at Leipzig at the moment, but Reus’ excellence shone brightly enough to banish any concerns the 58-year-old might have about his attacking options. This spring, Low’s enviable position is that of a man with a beautiful, varied garden: As one flower wilts, another one blossoms.