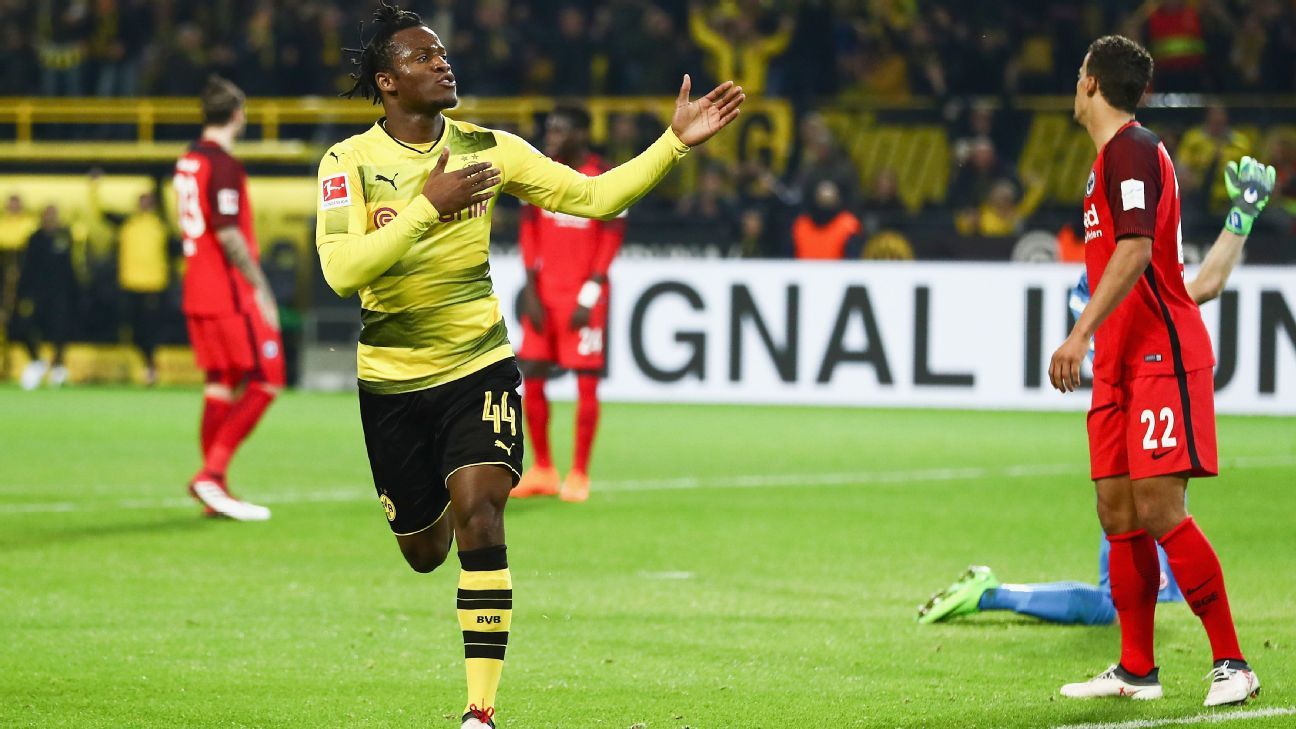 
Marco Reus hopes Borussia Dortmund can sign Michy Batshuayi on a permanent contract when his loan spell finishes at the end of the season.

The Chelsea striker has been crucial for Dortmund since January, with an upturn in form giving them a three-point cushion in the Bundesliga’s Champions League places.

After announcing himself with five goals in three matches, Batshuayi went without a goal in five games. But after coming off the bench against Eintracht Frankfurt on Sunday, he scored twice in the closing minutes — including the last-gasp winner in a 3-2 victory.

“I’d be very pleased if Michy were to stay,” Reus told reporters following a crucial win against rivals for a place in Champions League. “He’s shown how important he can be for us.”

Dortmund sporting director Michael Zorc did not go into details about the chances of signing Batshuayi to a permanent deal when speaking to Bild.

“It’s clear that we will have a good setup for this position next season,” he said, deflecting a question about Batshuayi’s future.

Bild also claimed that Dortmund would have to invest at least €60 million to secure the Belgian’s service beyond the summer.

Reus, 28, last week signed a new contract with Dortmund just a month after returning to the team since his latest long-term injury layoff.