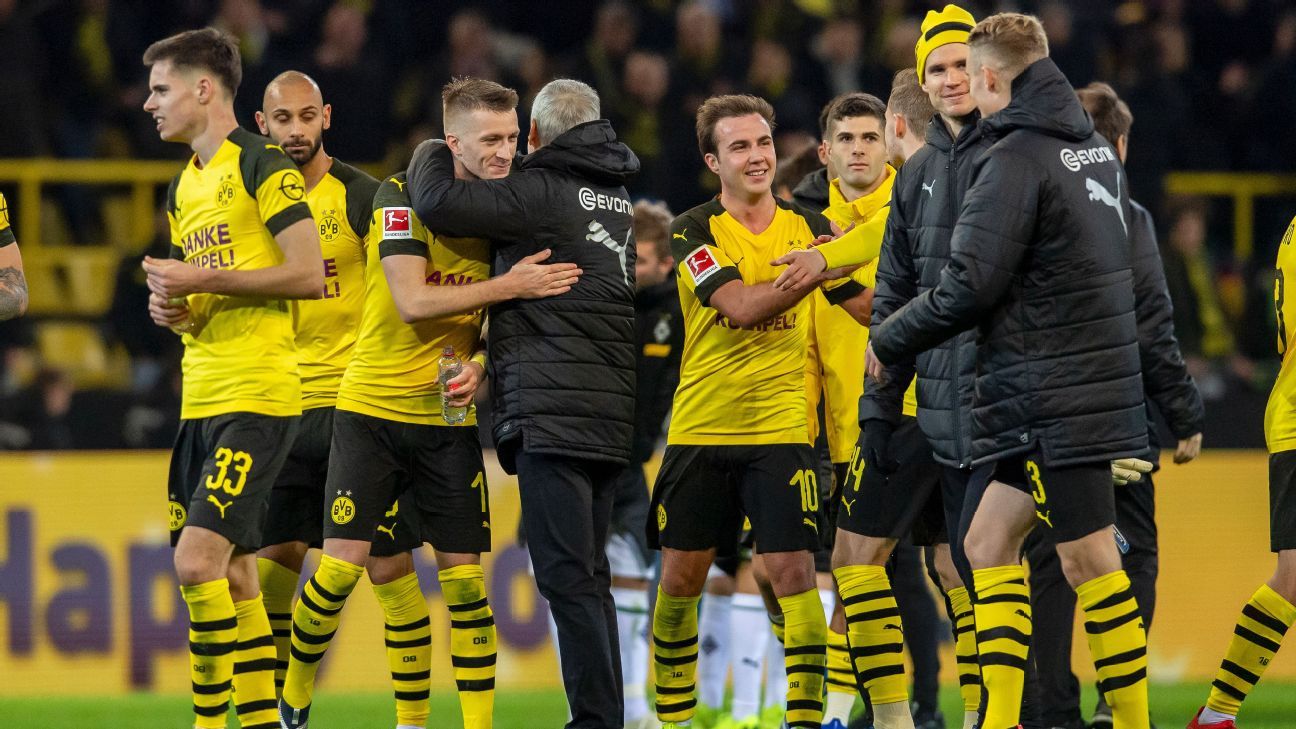 
Borussia Dortmund captain Marco Reus has said his team wants to be German champions after beating second-placed Borussia Monchengladbach 2-1 to finish off the first half of the season on Friday night.

BVB have set the second-best Hinrunde record in Lucien Favre’s first season at the Westfalenstadion with 42 points after the 17 games. Only in their championship-winning season under Jurgen Klopp in 2010-11, they were better (43 points).

Reus, 29, told ZDF after the match: “Of course, we want to be German champions,” adding: “That’s why we all play football. Also, today’s game showed that we still have a long way to go but I’m incredibly proud of this team. They left everything of what was left in the tank on the pitch today. Especially in the second half, it was a matter of willpower. But we remained patient and played great football against a Gladbach side that’s extremely dangerous on the counter and are very good at building from the back.”

The Black-and-Yellows bounced back after suffering their first Bundesliga defeat away to Fortuna Dusseldorf on Tuesday, restoring the lead at the top of the table to nine points over the Foals. Bayern Munich have a chance to move into second place and move within six points of the league leaders with a win away to fifth-placed Frankfurt on Saturday before the winter break.

Reus, who scored the winning goal in the 54th minute, warned that it’s still too early to speak about who is favourites to win the title. He told Eurosport after the game: “So far only half the cake has been eaten, I would say. We have to remain calm and stay healthy. If we continue to work together and are spared from injuries, then a lot is possible.”

The Germany international found praise for his teammate Jadon Sancho, who opened the scoring in the 42nd minute with a shot from a very narrow angle.

He said: “Jadon Sancho is such a great player. Sometimes it’s very hard to believe that he’s only 18. In modern football, you absolutely need players that can beat one or two players with a dribble. His goals and assists are a big help. He has become incredibly important for us.”

The English international scored his sixth Bundesliga goal of the season next to his record of seven assists.

Meanwhile, BVB’s CEO Hans-Joachim Watzke was very relieved about the win, telling reporters: “Frankly, my entire Christmas was depending on today’s win.”

The Bundesliga will go on hiatus after this weekend. Dortmund will continue their season on January 19th against RB Leipzig.