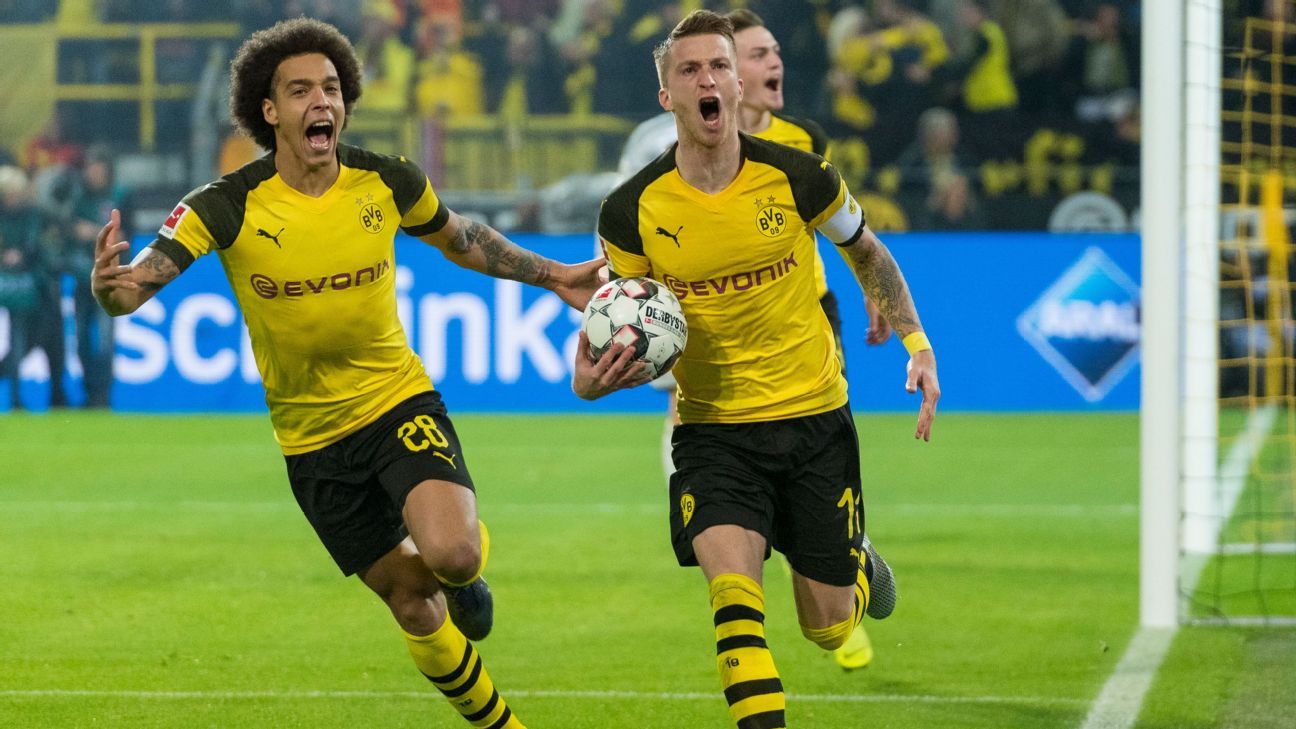 
DORTMUND, Germany — The Yellow Wall rhetorically asked “Who will be Germany’s Champions?” after Borussia Dortmund’s 3-2, come-from-behind win against bitter foes Bayern Munich on Saturday night. The Black and Yellows put a seven-point cushion between themselves and their rivals while piling up more misery on the already crisis-laden Bavarians.

This victory was a tremendous one for the Westphalians, who are surely now favourites to win the league. For the Bundesliga, it was arguably equally as important given that after six years of utter dominance by Bayern, the German top flight is in for a juicy title race. The two-week hiatus will be another boost for the Black and Yellows even if for the simple fact that the result will ring loudly in the heads of Niko Kovac’s team until play resumes.

There are two major aspects of criticism for BVB: They were absolutely dominated by their rivals in the first half-hour, a spell in which it looked as though the evil empire would strike back. The hosts were also horrendously careless with their chances. This game should have been killed off by Dortmund after 70 minutes.

7 — Favre overthought his game plan and brought an out-of-form Julian Weigl instead of Thomas Delaney. BVB’s midfield suffered severely for it but his adjustments ultimately won him the tactical battle.

GK Marwin Hitz, 5 — Not too many saves to make against a clinical Bayern team.

DF Lukasz Piszczek, 6 — Old bones clattered when the veterans Ribery and Piszczek faced off. The Dortmund right-back slightly edged the battle and grabbed an assist in the second half.

DF Dan-Axel Zagadou, 7 — The unlikeliest player when it came to the game’s best shimmies.

DF Manuel Akanji, 6 — Unable to contain the force of nature that is Robert Lewandowski but stepped up in the last third of the game.

DF Achraf Hakimi, 5 — Was nowhere to be found when Serge Gnabry aimed for Lewandowski in the 26th minute.

MF Axel Witsel, 7 — Grew exponentially stronger in the second once teamed up with Dahoud in midfield instead of Weigl. Made the crucial play to find an open Alcacer in the 73rd minute.

MF Julian Weigl, 2 — Favre had hoped to play around Bayern’s pressing but his plan spectacularly failed as Weigl was out of sorts. The midfielder stayed in the locker room after 45 minutes.

MF Jacob Bruun Larsen, 6 — After an absolutely torrid 45 minutes, Bruun Larsen’s composure proved to be vital once BVB seized control of the game.

MF Marco Reus, 9 — The Yellow Wall chanted his name after the game. Reus won a penalty, scored the equaliser on the volley and somehow his detractors can make the argument that he was extremely wasteful.

MF Jadon Sancho, 7 — In the first half, it looked as though the young Englishman wasn’t ready for primetime. That assessment would prove to be a fallacy as Sancho was instrumental in BVB’s comeback.

FW Mario Gotze, 6 — Gotze was the mastermind behind every dangerous play in BVB’s first half.

MF Mahmoud Dahoud, 8 — Dortmund’s improved second half came with Dahoud’s introduction as he added the necessary aggression to the midfield.

FW Paco Alcacer, 7 — Left the stadium flabbergasted when he couldn’t convert a tap-in two yards in front of goal, but made up for it by handing his team the lead with a casual finish past Neuer to take the 3-2 lead.

MF Thomas Delaney, NR — Was brought on late in order to defend the slim lead.