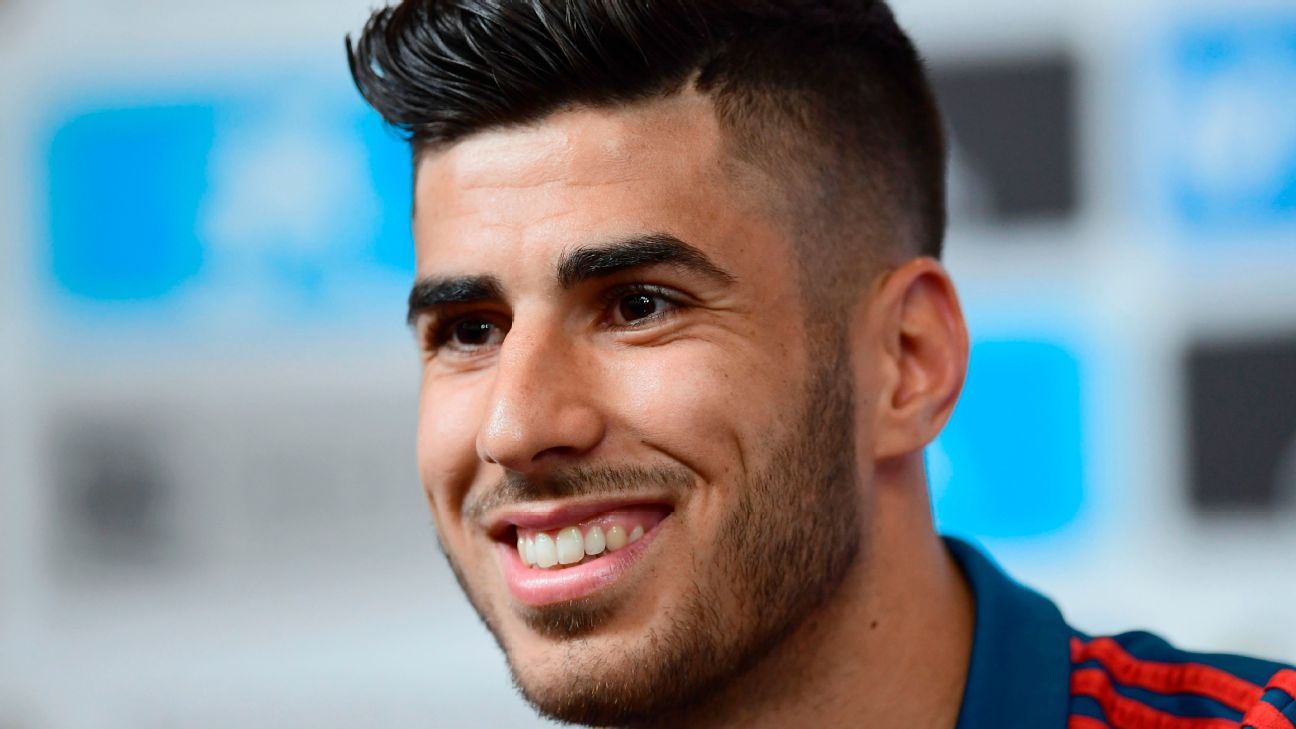 
Spain and Real Madrid attacker Marco Asensio says he wants to park all talk over his future until after the World Cup, amid reports that Liverpool are considering making an €180 million offer for his services.

Former Real Mallorca youngster Asensio has emerged as one of Spain’s leading young talents over the past two seasons, scoring against Juventus in the 2017 Champions League final and hitting a key goal in the 2018 UCL semifinal against Bayern Munich.

Such performances, along with the competition for places in attack at the Bernabeu, have led to speculation that other clubs might try and tempt him away. Mundo Deportivo have claimed that the Anfield outfit are preparing a €180m proposal.

Asked about the reports at Spain’s World Cup news conference on Tuesday morning, the 22-year-old declined to talk any specifics and said he was fully focused on giving his best for La Roja as long as they were in the tournament.

“It is something which has come out,” Asensio replied. “When this World Cup is over, we will talk about these type of things.

“I am focused on playing a good World Cup with the national team.”

The theme of focus was reiterated by Sergio Ramos as Spain scraped themselves through to the round of 16 with a 2-2 draw vs. Morocco that saw them top Group B, setting up a game against World Cup hosts Russia in Moscow on July 1.

“We got through and won the group, that was the objective, but the game wasn’t good at all for us, said Ramos. “It’s a night for everyone in the squad to take a look at themselves, we need to get ourselves into gear.

“There’s no need to panic, but we do need to evaluate ourselves generally and individually, we can all contribute more and be more balanced defensively and solid so we can make the difference in attack.”

Asensio’s current Madrid deal, which runs through 2023 and was signed last November, has a reported €700m release clause. His agent Horacio Gagglioli claimed recently that Madrid had previously rejected two bids of €150m for his client’s services, both of them coming from English clubs.

Asensio looking for a move, or perhaps another contract improvement, would be a further issue for the Bernabeu hierarchy given that Cristiano Ronaldo, Gareth Bale and Mateo Kovacic have all talked publicly about leaving the club in recent weeks.