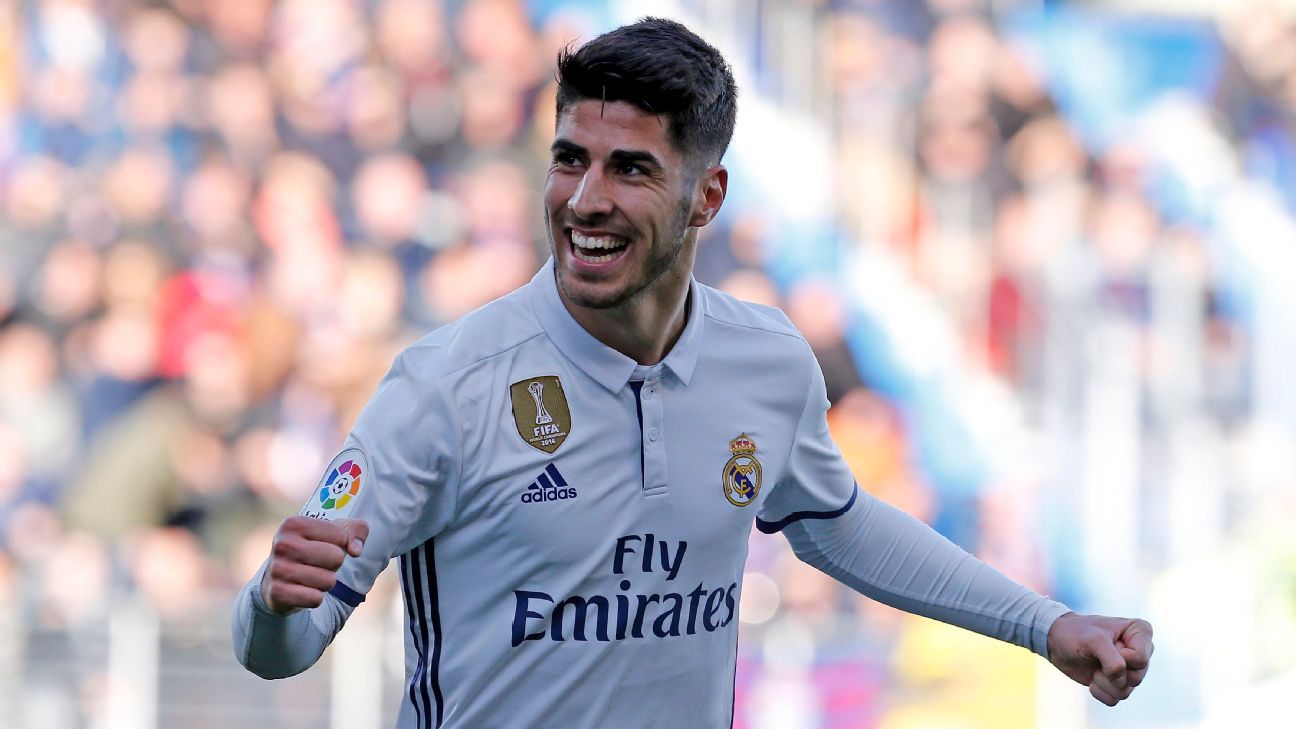 
Marco Asensio capped a dream debut campaign with Real Madrid by scoring in the Champions League final win against Juventus this month, but Sergio Ramos has warned him not to get used to the success.

Madrid signed Asensio from Mallorca in 2014, but left him at his hometown club until the following summer before sending him on a season-long loan to La Liga side Espanyol.

Asensio, 21, returned to Real last summer and scored the club’s first goal of the season in the European Super Cup win against Sevilla and the last of the season, too, against Juve.

But after winning the European Super Cup, the Club World Cup, La Liga and the Champions League, Ramos has told his teammate not to expect to win four trophies every season.

“Ramos told me not to get used to this [winning the Champions League]; that it’s no easy feat and that it took him a long time to win one,” Asensio said in an interview with Marca.

“A lot of Madrid legends never won it and I’ve had the fortune to win it in my first year. It’s tremendous.

“It seems easy, but to win three Champions Leagues in four years is incredible. This team has an incredible generation [of players] full of ambition. We can’t lose that hunger to win. That’s the key.”

Asensio, who Marca report will extend his contract with Madrid until 2023, says the secret to his rapid rise at the Bernabeu is not overthinking situations and, above all, enjoying himself.

“When I go out onto the pitch I don’t do so thinking about objectives or the need to win. I think about enjoying it, but from a point of view of responsibility and of giving your all.”