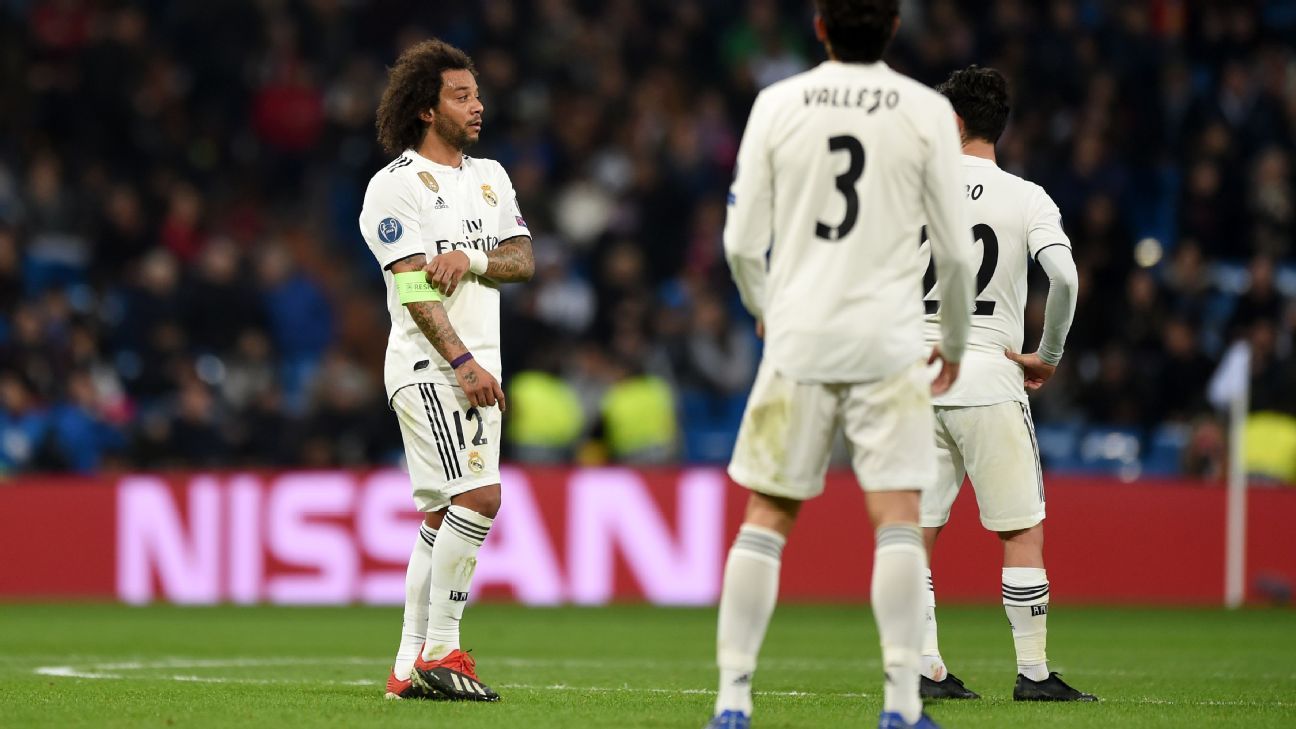 
Real Madrid coach Santi Solari has warned out-of-favour Marcelo that no player is guaranteed a starting spot in his team, amid speculation he could leave this summer.

Vice-captain Marcelo has been a key member of the Madrid team that have won four of the last five Champions League trophies. But a dip in form this season has seen homegrown youngster Sergio Reguilon, 21, starting at left-back instead. This has coincided with Spanish reports claiming that Marcelo could join Juventus next summer, with Cristiano Ronaldo reportedly making regular calls to convince his former teammate to join him in Turin.

The Brazil international’s situation was the main focus of Wednesday’s news conference ahead of Madrid’s Copa del Rey quarterfinal first leg at home to Girona, with Solari careful to praise Marcelo’s commitment in his first response to a reporter’s question.

“Marcelo’s love for and commitment to this club, and his happy demeanour and good behaviour when he trains, all these things are un-doubtable,” Solari said. “But then it always a difficult part of my job to pick the team, thinking of what is best to win each game we play.”

Solari was pressed as to whether he had spoken with Marcelo before leaving him out of the XI for Madrid’s last two La Liga games, the only two victories in the team’s last five games in all competitions.

“I repeat that things that happen in private stay in private,” Solari said. “Whether I have chats [with Marcelo] or not stays between us. Internal competition in the squad is very healthy and a fundamental part of football. All players should feel they have the chance to play games, or to lose their place. That lifts the competitive level within the squad.”

With almost 500 games played for the club in over a decade at the Bernabeu, Marcelo’s most recent contract renewal came in September 2017 and ties him to the club until June 2022 when he will be 34.

The first speculation of possible interest from Juventus came last summer, just as Ronaldo was leaving Madrid to join the Serie A champions.

The rumours continued through the autumn as Marcelo’s form was criticised by local pundits. He then celebrated Madrid’s Champions League group win over Viktoria Plzen by making a point to critics who said he was not in the best physical shape.

“Sometimes things are said which are unfair, but it does not bother me,” Marcelo said after scoring in the 2-1 victory.

Marcelo ran straight to the bench to celebrate with Madrid’s fitness coach Antonio Pintus after his 55th minute winner, which was seen as a jab to critics over his condition.

“I have not received or listened to any offer. It is impossible to be more of a ‘Madridista‘ than I am. I have a contract with Madrid.”