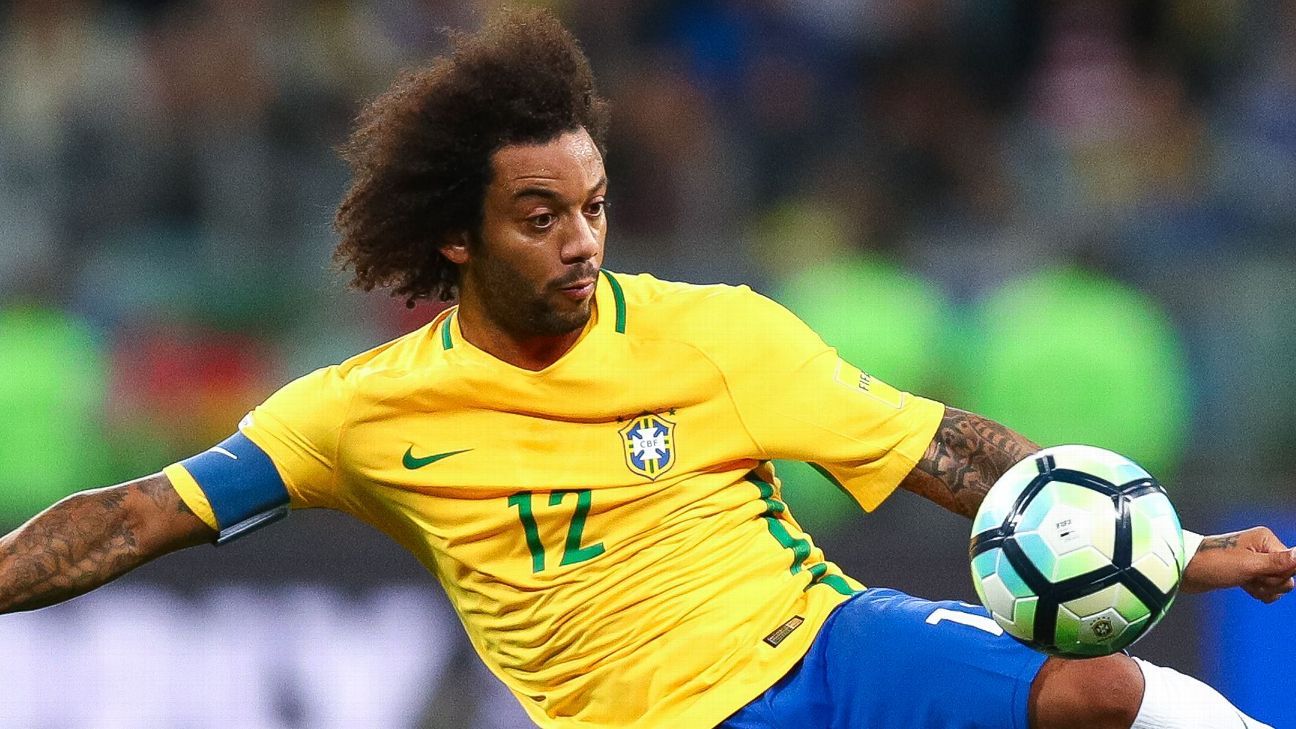 
Brazil left-back Marcelo says his “one final mission” is to “bring the Brazilian flag back to the highest level” by winning the 2018 World Cup.

Marcelo fell out of the Brazil national set-up after clashing with former coach Dunga last year, and was not involved as the team failed to make it out of their group at the Copa America Centenario.

However, he has captained the team under new boss Tite as they have easily ensured their place at next summer’s tournament, even as historic rivals Argentina are struggling to make it through qualifying.

In a piece under his own byline for the Players Tribune, the 29-year-old recalled over a decade of tough times with the Selecao, but said the personal touch Tite had brought to the job was going to bring its reward in Russia.

“I do have one final mission,” Marcelo wrote. “At the 2018 World Cup, Brazil is coming back. Write it down. Put a stamp on it. Mail it to yourself. With Tite as our manager, I truly believe we can bring the Brazilian flag back to the highest level.

“I can tell you that Tite is a phenomenal person. In fact, when he took the job, he called me and said, ‘I’m not promising you that I will call on you, but if I do, are you still willing to play for the national team?’ I said, ‘Professor, just the fact that you are calling me — for me that’s a giant emotion.

“‘I’ve been playing for the national team since I was 17. I would get on 20-hour flights sitting in the middle seat, and now that I’m sitting up in the good seat, you think I’m not gonna go? I’m available whenever you need me.'”

“That call for me was everything. It was the first time I ever got a call from a national team manager, and I’ve been in the national team for 11 years. I would kill for Tite, and I’m going to do everything I can do to put a little gold trophy in my grandfather’s cabinet.”

Marcelo has 47 caps for Brazil, but has often had an unhappy time representing his country. He was left out of the squad for the 2010 World Cup at the last minute, and scored an own goal against Croatia during the 2014 tournament opener on home soil, before playing the 90 minutes as they were humiliated 7-1 by Germany in the semifinal.

By contrast the Rio-born player has had 10 trophy-filled years at Real Madrid, with his 17 club career titles including three Champions Leagues, four La Liga wins and two Copa del Reys.