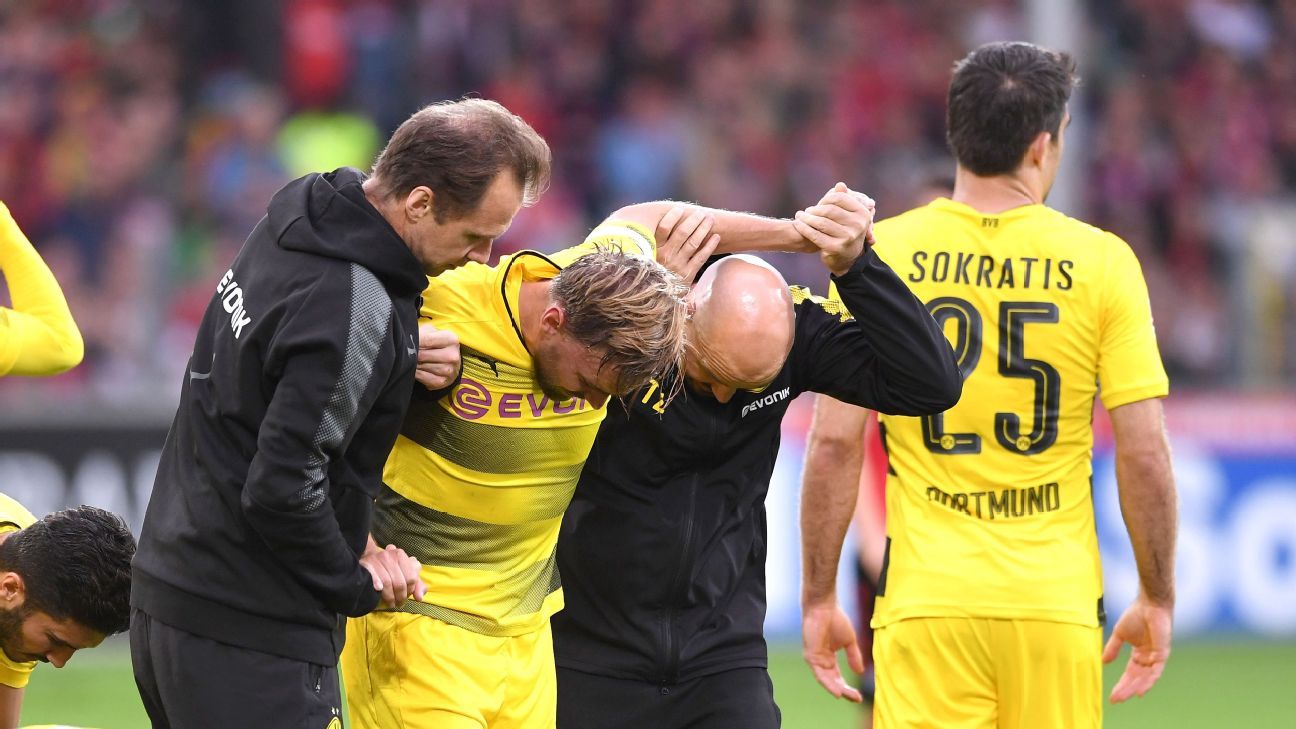 
Borussia Dortmund have confirmed that club captain Marcel Schmelzer suffered a partial ligament tear in his ankle during the goalless draw against Freiburg.

Having returned from a ligament injury in his ankle after seven weeks, Schmelzer, 29, went to the ground following a reckless challenge by Freiburg winger Yoric Ravet after 27 minutes.

While the Dortmund left-back received treatment, the foul was reviewed by the VAR referee Benjamin Cortus on the pitch. As a consequence the initial yellow card was overruled and Ravet was dismissed.

However, this was no comfort for Schmelzer, who was taken to hospital for treatment.

On Sunday, BVB confirmed the news on their official website that the defender “suffered a partial to the lateral collateral ligament in his ankle” and “will be out injured for around six weeks.”

Also in the Freiburg match, defender Marc Bartra was substituted after only 18 minutes with what BVB reported to be “a muscular problem in his adductor area.”

The Spain international is facing a race against time to return to full fitness for Wednesday’s Champions League clash against Tottenham at Wembley Stadium.