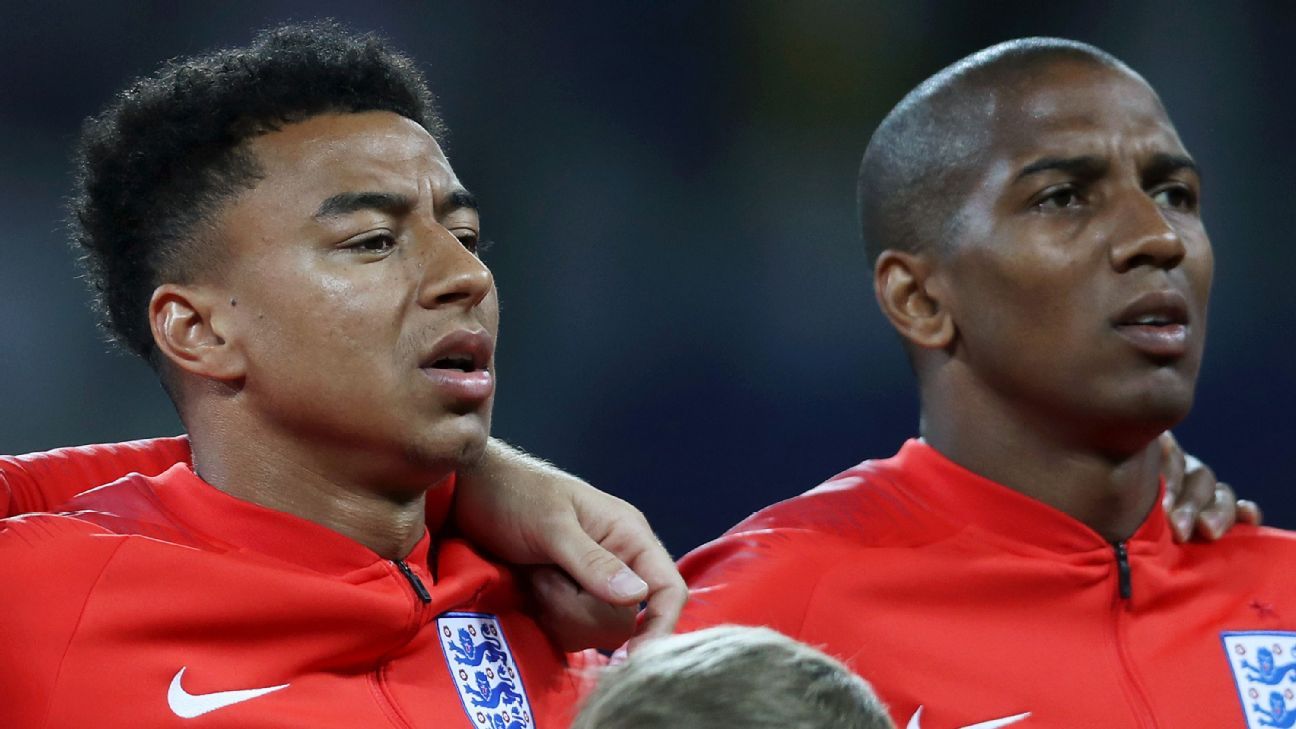 
“What a feeling!” tweeted Marcus Rashford after making his World Cup debut, when he came on as a 68th-minute substitute in England’s 2-1 win against Tunisia. He did well enough to be optimistic of a start against Panama in the next game.

“Proud day,” added older brother Dwaine, “this journey started 14 years ago and today we get the fruits of our labour. Well done Marcus.”

“Last night was one the proudest moments of my life,” tweeted the tireless, if profligate, Jesse Lingard. “England’s number 7 at a World Cup.”

“What a start!” declared Ashley Young, the third Manchester United player wearing the red of England rather than Manchester, complete with an image of him running to celebrate the winner with Harry Kane. “The togetherness, mentality and strength of this team was unreal tonight.”

Given the indifference that many Manchester United fans have for the English national side, it can be a surprise how much United’s English players love to play for their country. To them, it remains a huge honour and playing in the World Cup — no matter how much FIFA’s image has been tainted in recent years — is a proud moment.

They’ve often come through the England ranks as schoolboys and seen the majority of those they’ve played with not reach the full international side. It doesn’t matter that they’re representing a country that consistently underwhelms, they’re the survivors, the successes, the best players from a football-mad country of 53 million.

Young, who took free kicks and whose corner led to the first goal, is from Stevenage, the type of small town from which England’s match-going support comes. You’re more likely to see a flag of St. George with “Stevenage” penned across it than a big city such as “Manchester” or “Liverpool” — that’s if FIFA hadn’t banned pitch-side flags at games.

Young’s return to the England side at 32 should be celebrated. He didn’t play for England between 2013 and 2017, and his recall was a reward for his solid club form. There’s hope for Luke Shaw yet.

Shaw, who didn’t make the squad, tweeted good luck. His career has not gone to plan since he played for England in the last World Cup and he can’t have been surprised not to make the cut, though international selections can baffle. Michael Carrick was consistently overlooked, despite being the midfielder England needed after Paul Scholes stepped down.

Chris Smalling, another United player who made the cut in Brazil but not in Russia, also sent an encouraging tweet, though not his Manchester United defensive partner Phil Jones, who was an unused substitute on the bench in England’s opener. He’s not tweeted since last October. Too many players can’t deal with the vile personal abuse they receive on Twitter and trust people to update their accounts — or, in the case of Jones, leave them altogether.

There’s a positive atmosphere among this young England squad, which lacks the inter-club rivalries that Sir Alex Ferguson, a Scot, was happy to feed into his players in the 1990s. Too many former United players didn’t enjoy playing with England, but the current players do; and if the first 25 minutes against Tunisia is anything to go by, the football is more exciting than that which they play for their club.

There are six players in Russia who came through the youth ranks at United: Adnan Januzaj, Paul Pogba, Gerard Pique, along with Rashford, Lingard and Welbeck.

The current United lads had a fine evening for England, which, given that England had won only one of their previous seven matches in international tournaments, is far from a given. England stank the Euros out in 2016, just as they did at the World Cup in Brazil two years earlier.

A succession of wholly underwhelming performances finally dampened the excessive enthusiasm and superb travelling support that have long been and a blessing and a curse. Too many tired of paying a fortune to watch England 0 Costa Rica 0, England 0 Slovakia 0 and England 1 Iceland 2. Russia’s not easy to reach, and the distances between cities are significant, meaning a much older (usually wealthier) and smaller travelling support this time. Active interest would surge if there’s a sniff of a decent England side and the team reaches the knockout stages.

Monday was also positive for United’s main striker, Romelu Lukaku, who scored twice for Belgium. He’s a player for whom confidence is important. While Jose Mourinho might disagree and want all his players back sooner so they have a holiday ahead of United’s first preseason a month today in Arizona, it’s better to have Lukaku returning for United full of belief and considered a world-class star after a positive World Cup. This Belgian team have the quality to make it a very positive World Cup and Lukaku is a very different person when he’s scoring goals. It’s just a shame he didn’t start the FA Cup final when United needed them.

Marouane Fellaini, soon to be out of contract as a United player, was a non-playing substitute for Belgium alongside Januzaj. The World Cup can’t be a showcase for his talents if he can’t show them.

United’s Victor Lindelof didn’t start as Sweden got their first win in an opening World Cup match in 40 years. He’s been fine for his country, if not his club. Lindelof, too, hopes for a chance to show his quality on a global stage, just as Diego Forlan did after a rough start for Manchester United in 2002. The Uruguayan hadn’t scored for United in his first 18 outings before he went to Japan and scored a wonder goal on his World Cup debut, against Senegal.

That brought him time, patience and encouragement from the fans at Old Trafford, who could see that he had something. The World Cup has its uses for Manchester United after all.