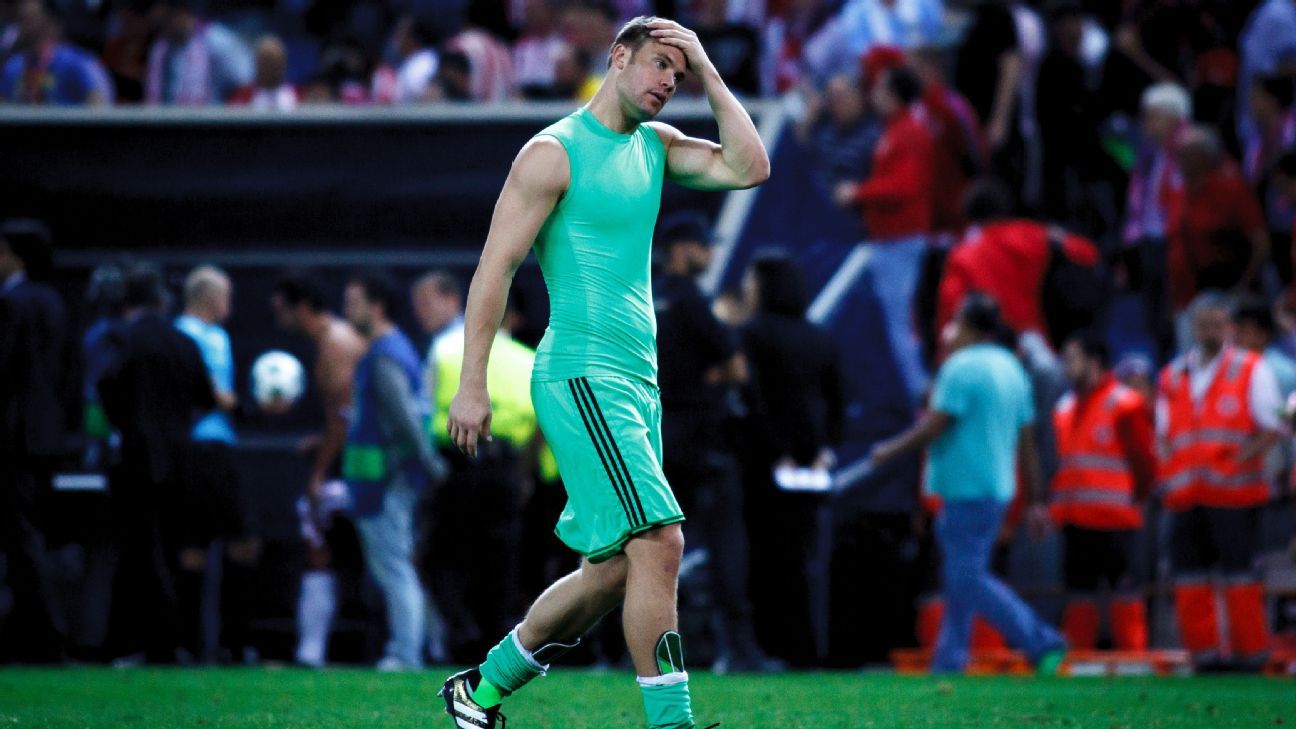 
MUNICH — New Bayern Munich captain Manuel Neuer is set to make his return from injury against Werder Bremen this weekend.

Neuer, 31, has not played since breaking his metatarsal in the Champions League quarterfinal second leg defeat against Real Madrid at the Bernabeu in April.

But, on Tuesday the goalkeeper returned to full training for the first time and completed an individual session in the sandpit too.

Backup keeper Sven Ulreich has deputised for Neuer in Bayern’s competitive games so far this season, but boss Carlo Ancelotti said last week he expected his No. 1 to be fit for the Bundesliga game in Bremen.

With the international break looming after Bayern’s away game in Bremen, Ancelotti said he would not be taking any risks with any injured players.

However, Spain internationals Thiago Alcantara and Javi Martinez both returned to full training, while Arjen Robben, a substitute in Bayern’s previous two games, was also back in action after breaking off a session prematurely on Saturday.

Jerome Boateng, meanwhile, is continuing his individual rehabilitation away from the rest of the Bayern squad. The central defender hasn’t played since suffering a muscle injury in the final Bundesliga game of last season.

New signing James Rodriguez is also stepping up his comeback and carried out an individual session in the sandpit too.

Colombia international James suffered a calf injury in the 3-0 Audi Cup defeat to Liverpool and Ancelotti said at the beginning of August: “I’m not a doctor, but James will be ready in two to three weeks.”