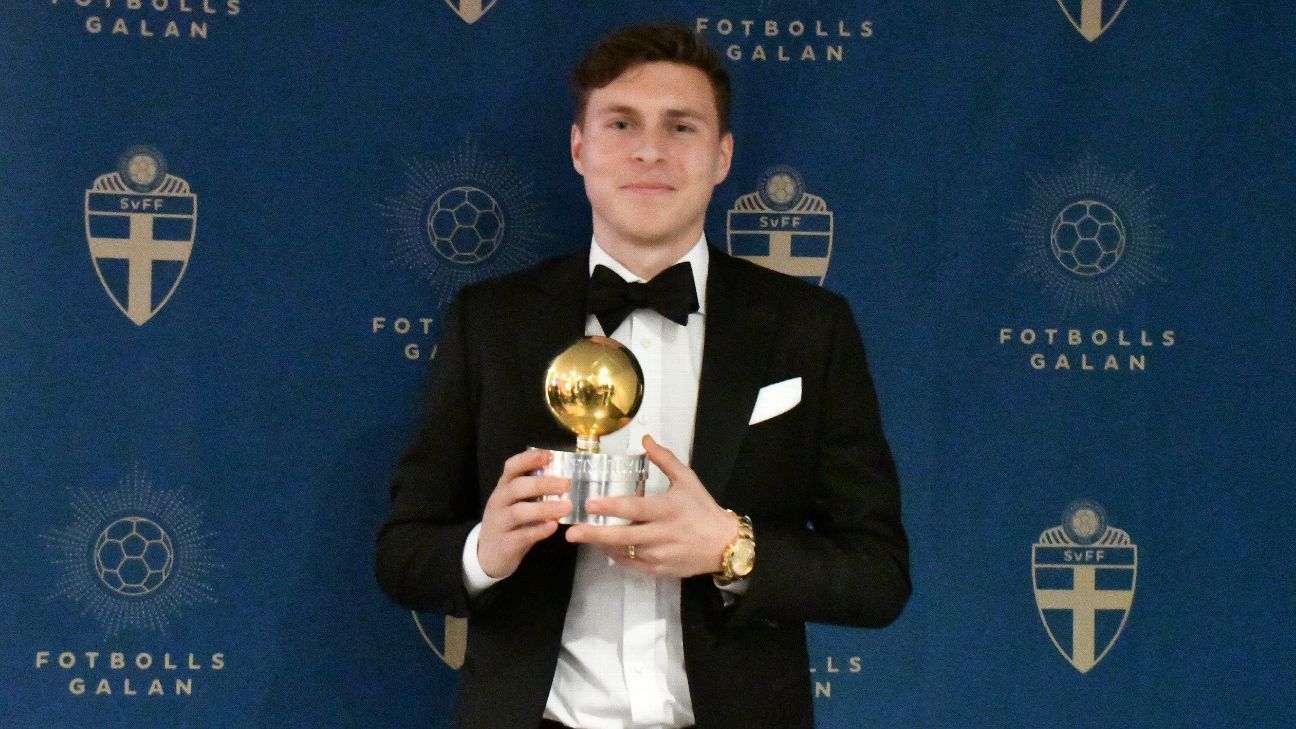 
Manchester United defender Victor Lindelof has been named Sweden’s top footballer in 2018, with 10-time winner Zlatan Ibrahimovic missing out on the award for the second year running.

Lindelof was awarded the Golden Ball trophy during a ceremony in Stockholm on Monday evening after helping Sweden reach the World Cup quarterfinals and establishing himself as a regular at United.

It’s the second year in a row that the player-of-the-year award goes to a centre-back, with Andreas Granqvist winning in 2017, ending a run of Ibrahimovic winning 10 times in succession.

“It means a lot to me, I’m incredibly proud,” Lindelof told newspaper Aftonbladet, which awards the prize. “It’s an award that I grew up with and watched on TV when Zlatan stood there year after year. It’s huge, and it’s still hard to comprehend.”

To the 12 year old me. You didn’t dream too big… pic.twitter.com/fzJ20cI8PO

Lindelof was one of Sweden’s best players in Russia but has often faced criticism for his performances at United. However, he has been praised after recent games, especially the two Champions League matches against Juventus.

And he said working with Jose Mourinho has helped him improve since arriving at Old Trafford last year.

“He’s very good at almost everything. He gives me advice on how to think, how to judge different situations, and gives me confidence,” Lindelof said. “Ever since I arrived he’s told me I should do my thing, that’s why I’m here.

“It’s been going well, but I know I can do more. Especially when we have the ball, I want to show even more what I can do, because in that aspect people have only seen 50 percent of my capacity. Mourinho is pushing me to believe in myself.”

At 24, Lindelof is still relatively young for a centre-back and said he still has plenty of areas to develop over the next five years.

“I want to reach the very highest level,” he said. “I still have a long way to go before I am where I want to be. I especially want to develop my leadership abilities and turn that into one my main strengths.”