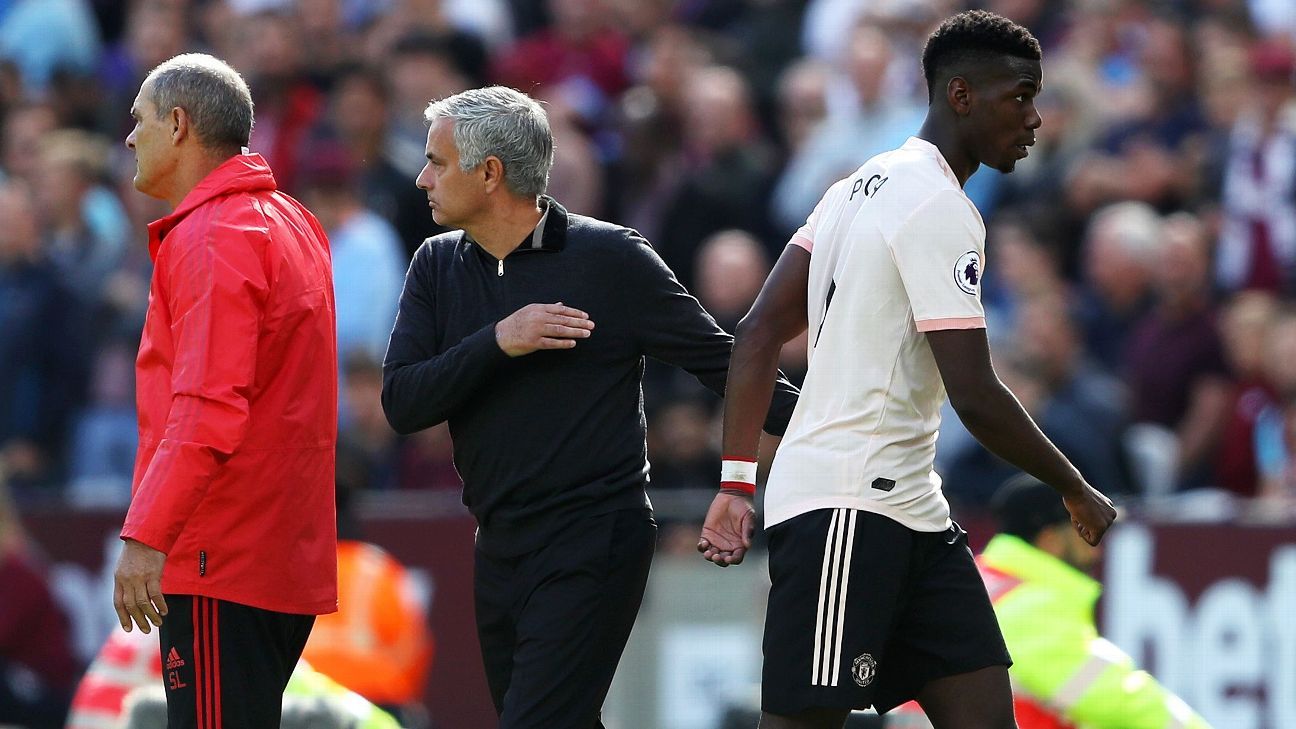 Pogba, who is currently on international duty with defending World Cup champions France, has seen his relationship with club manager Jose Mourinho deteriorate amid the team’s slow start to the season, leading to reports he could leave the team in the near future.

And Pires, who won the World Cup with France in 1998, said: “For Paul Pogba, the best is to say nothing. He’s a great player. If Man United paid a lot of money for him, it’s because he’s a good player.

“His relation with the manager may not be so good but he’s a professional. It’s very important for him to be focussed on Man United, on the pitch.

“Now say nothing, play football and walk out — that’s my advice for Paul Pogba.”

Pires said Pogba should try to repair his relationship with Mourinho, or at least make sure it was amenable and that he performed on the pitch.

Pires also said that France can emulate his side of a generation ago and back up the World Cup with a European Championship trohpy in two years’ time.

The 44-year-old Pires was a teammate of current national manager Didier Deschamps that backed up their World Cup win in 1998 with a Euro crown in 2000. Pires said with his former captain in charge, there was no reason why the current side could not repeat the performance in the tournament that will be held across 12 cities in Europe in 2020.

“The Euro is the next opportunity for Deschamps. He has a very good team, a young team, very talented,” said Pires, who was in India as an ambassador for La Liga.

“Now everybody knows the names, the players. He can make a double of World and Euro champion.

“But it will be difficult because I think winning the Euro is more complicated, more difficult. But we have a good chance to win the trophy in two years.”

Pires, who said he had a “good feeling” about the team’s chances ahead of the tournament in Russia, recognised the similarities between his side and this generation’s champions.

“I had a good feeling about the team this year,” Pires said. “It was a bit similar between 1998 and this time. We had a good team, good manager, good young players.

“Technically he’s not so good but he was a warrior on the pitch.

While Pires had acknowledged there were similarities between the team he played in and the current French side, there was no question who was the most talented.

“We played with Zinedine Zidane and Youri Djorkaeff, the quality was very, very good.”