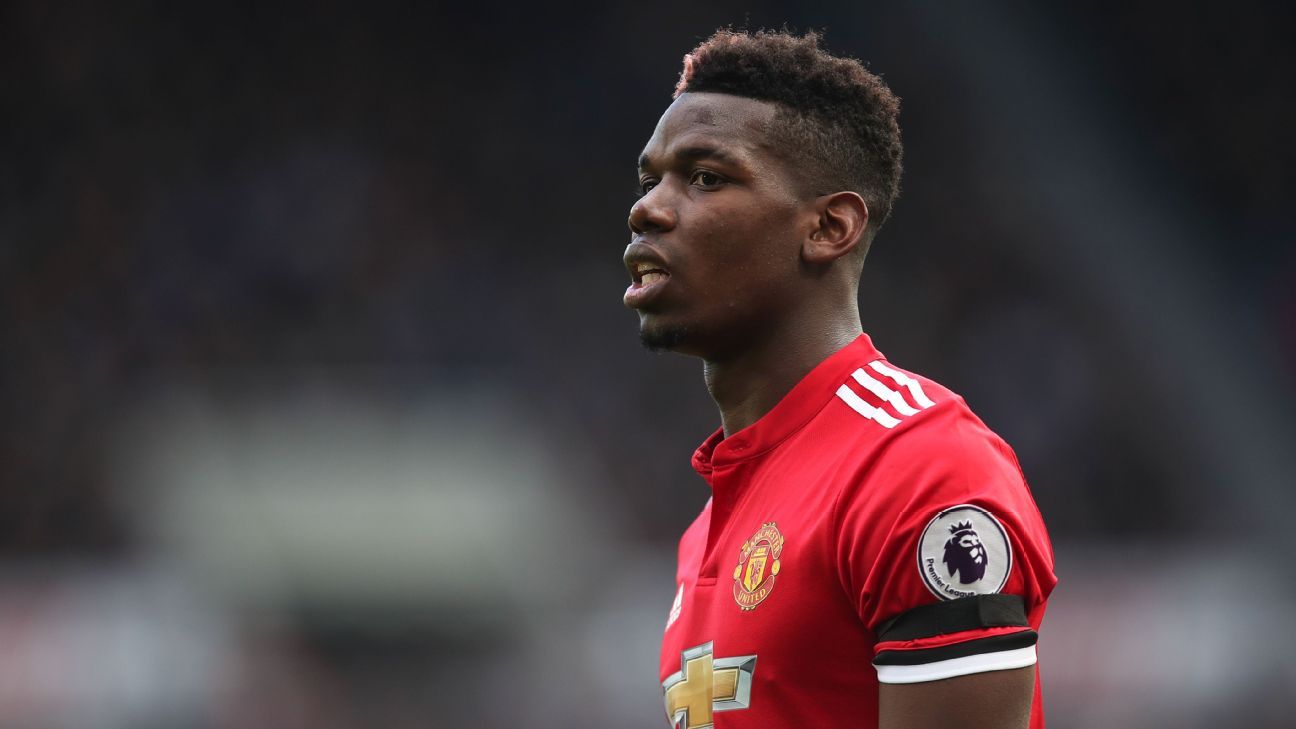 
Paul Pogba has not been included in Manchester United’s squad for Saturday’s Premier League game against Liverpool at Old Trafford.

United have made three changes to the side that beat Crystal Palace 3-2 on Monday.

Sources told ESPN FC on Friday that Pogba was a doubt for the clash after pulling up in training.

The midfielder was due to undergo a fitness test on Saturday, with sources saying he was unable to finish Friday’s session, although after being assessed by the club’s medical staff, he was not immediately ruled out of the game.

Pogba has started United’s last two games against Chelsea and Crystal Palace but has also found himself on the bench against Huddersfield in the Premier League and Sevilla in the Champions League in recent weeks.

Manager Jose Mourinho confirmed ahead of the game that Pogba was injured but said he didn’t know how long he could be sidelined for.

Marouane Fellaini returns to the squad after a knee injury. The Belgium international last played on Jan. 31.

Eric Bailly, who has not started a game since Nov. 5, starts in place of Victor Lindelof after returning from an ankle problem.

Meanwhile, Jurgen Klopp has decided to make five changes from the midweek draw with Porto.

Mohamed Salah and Virgil van Dijk return to the starting line up, in addition to Trent Alexander-Arnold, Alex Oxlade-Chamberlain and Andrew Robertson.

Georginio Wijnaldum, who has been suffering from illness, is fit enough for a place on the substitutes’ bench.