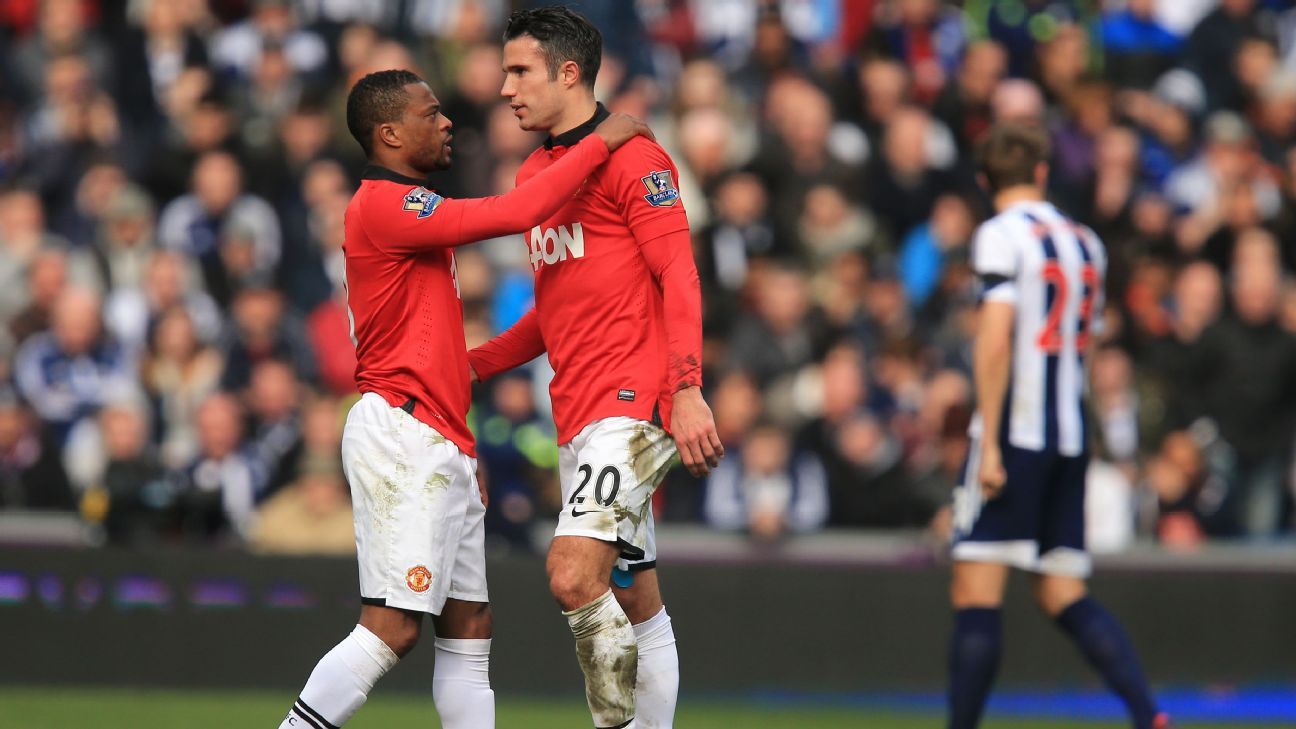 
Patrice Evra has said he mocked Arsenal as a “baby team” when Robin van Persie joined Manchester United — and that the striker “understood straight away” what he meant.

Van Persie left Arsenal in 2012 after turning down a contract extension, saying the club’s ambition didn’t match his own. He signed for United instead and won the Premier League title in his first season there — which proved to be Sir Alex Ferguson’s last as a manager.

When Evra highlighted the work ethic United had under Ferguson, he recalled how he and Van Persie talked about the differences from Arsenal, who have not won the Premier League since 2004.

“I give you an example when Robin van Persie joined Man United,” Evra said. “First of all when he came I said ‘welcome to a proper team, a man team, not a baby team. And he laughed, but he understood straight away.

“I remember him saying ‘Patrice, to be fair, I just feel like now I’m playing for a big team because all of you win many trophies, many medals, and you still go in the gym before training, going in the gym after training.’

“Robin was like a kid, he was just like amazed about that. When he looked at us he’d say like ‘when I see all of you guys, I have to work hard because I want to win, I want to win trophies.”