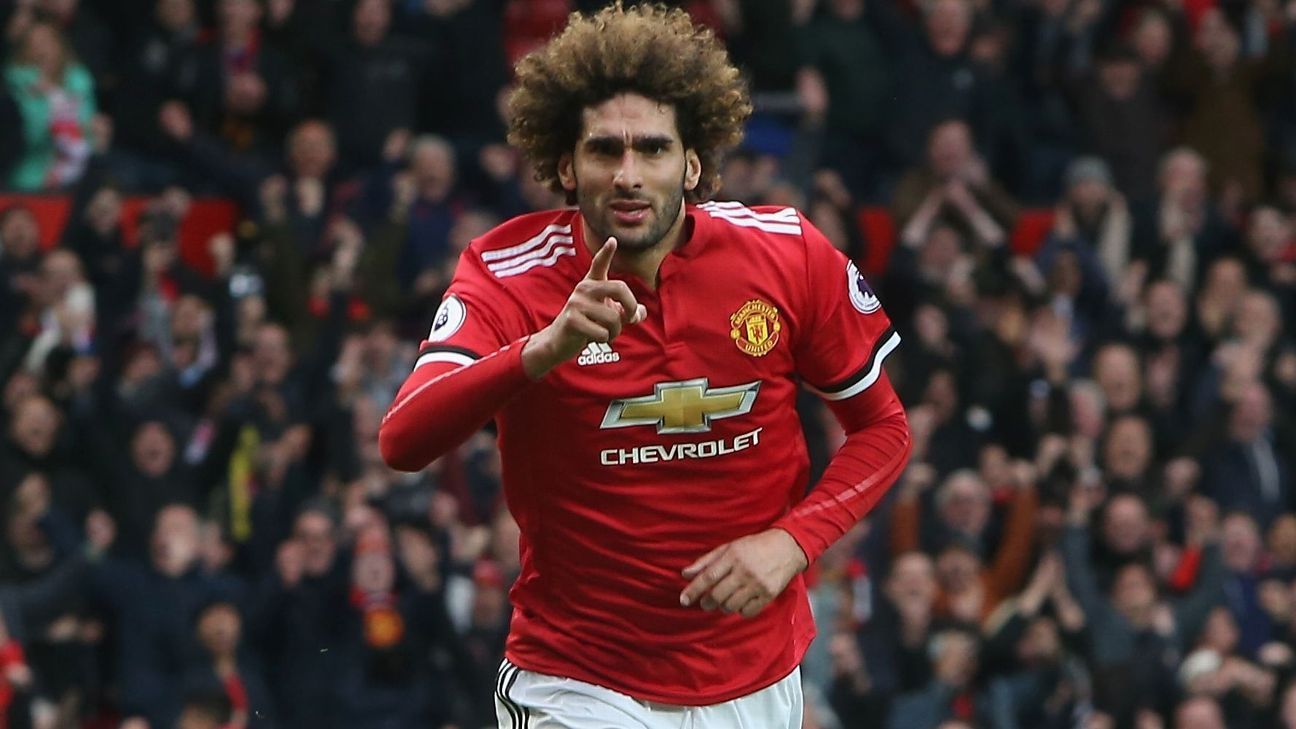 
Marouane Fellaini has ended speculation about his future by signing a new contract at Manchester United, the club have confirmed.

Fellaini’s existing deal was due to expire on Saturday but he has penned a new two-year contract, with the option of an additional 12 months, to stay at Old Trafford.

“I am pleased to be continuing my journey as a Manchester United player,” he said. “I made this decision because I am very happy here. Also, I feel like this team, under Jose, still has a lot we want to achieve.

“I would like to say a special thank you to Jose for the faith he has always shown in me. My focus now is on the World Cup and I am looking forward to a successful season ahead.”

Fellaini had been linked with moves to Italy, Turkey and China and sources have told ESPN FC that the 30-year-old’s representatives held talks with a number of clubs before reaching an agreement with United.

His new contract is a personal victory for manager Jose Mourinho who campaigned for the former Everton man to stay.

“I am very happy Marouane is staying with us,” Mourinho said. “I always believed in his desire to stay with the club and I am delighted that he has signed a new contract.”

The announcement makes it less likely Mourinho will look to sign another midfielder this summer after already sealing a deal for Brazilian Fred.

Sources have told ESPN FC that the Portuguese coach had asked United’s hierarchy for assurances he would get a replacement if Fellaini decided to leave.