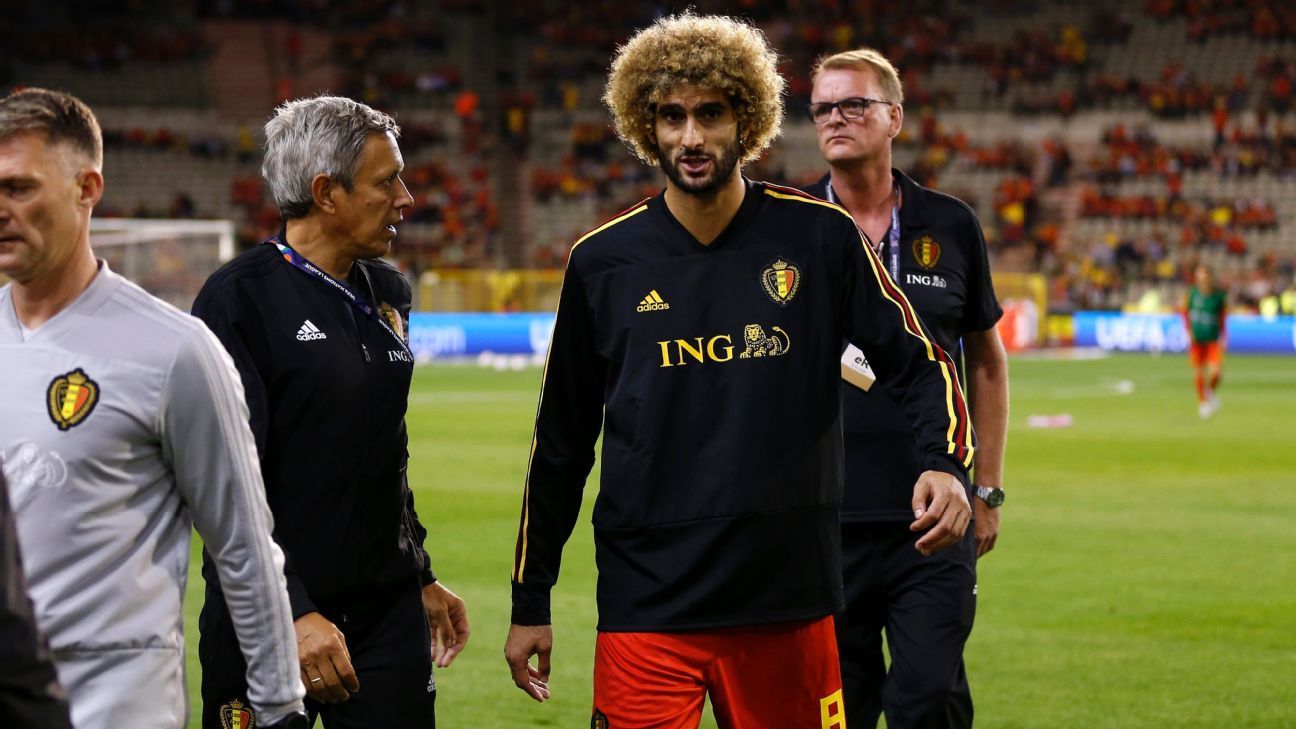 
Marouane Fellaini should be fit for Manchester United’s trip to Chelsea on Saturday but Jesse Lingard is a major doubt.

Fellaini missed Belgium’s 1-1 draw with Netherlands on Tuesday due to a groin injury but manager Roberto Martinez suggested the midfielder had been left out as a precaution.

“He should be fine, it’s just he wasn’t 100 percent,” Martinez said. “He’s got an important game at the weekend and this wasn’t the game to use players who weren’t 100 percent.

“We expect he should be fine in the next couple of days.”

However, United are likely to head to Chelsea on Saturday without Lingard. The 25-year-old missed England’s UEFA Nations League games against Croatia and Spain during the international break because of a groin injury.

He has been receiving treatment at Carrington in a bid to get him ready to face Chelsea but on Tuesday posted an update on social media.

“Back on the pitch soon,” he said. “My injury will take time but I’ll be back stronger than ever.”

.@JLingz back on the pitch soon, my injury will take time but will be back stronger than ever ❤️💪🏾 #JLingz pic.twitter.com/gLEXAGjK7d

Jose Mourinho is also sweating over the fitness of Nemanja Matic, Ander Herrera and Luke Shaw.

Matic is a doubt with a back injury but sources have told ESPN FC that there is hope Shaw and Herrera will be passed fit.