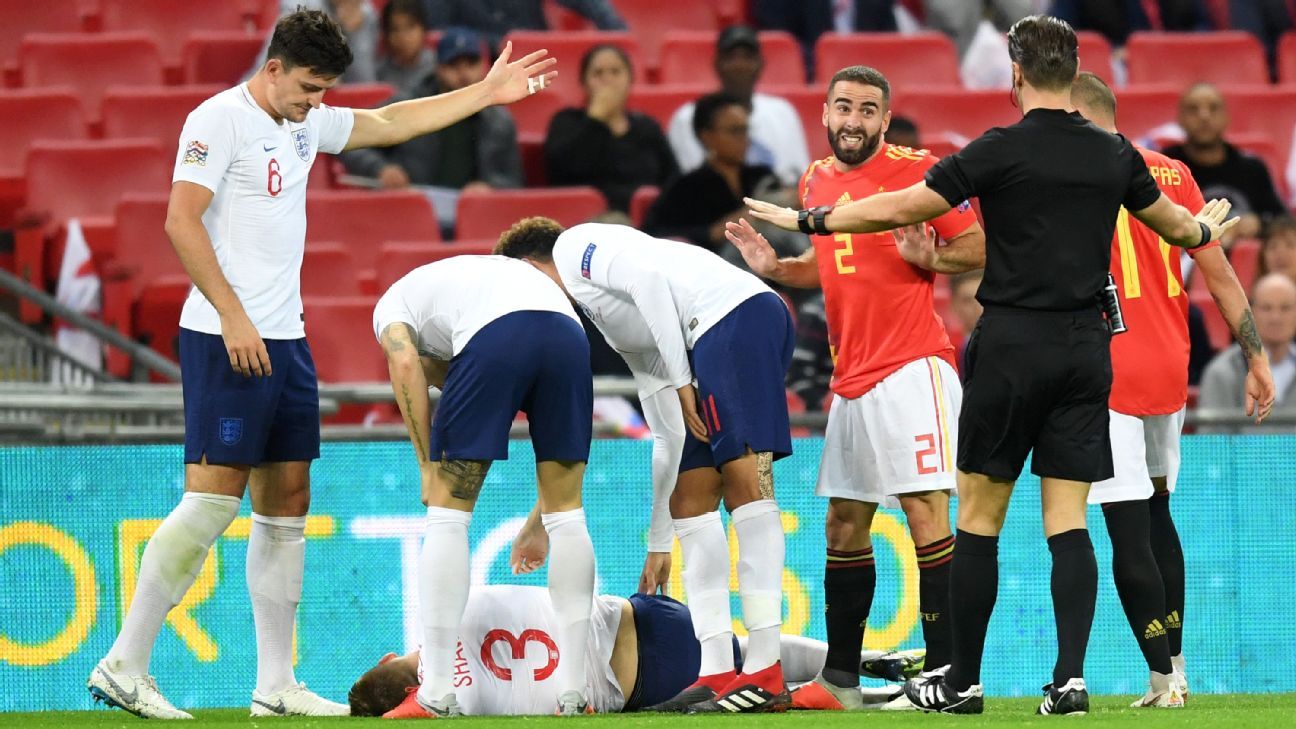 Manchester United and England defender Luke Shaw was stretchered off 54 minutes into the UEFA Nations League match against Spain on Saturday but does not appear to have suffered a serious injury.

The game was stopped for over five minutes while Shaw received treatment following a clash with Dani Carvajal. He landed heavily on the ground after the collision with Real Madrid defender Carvajal and appeared to be knocked out.

A Football Association spokesperson said that Shaw was “fine and walking and talking in the dressing room” soon afterward and will undergo further tests at Wembley.

Shaw, 23, was winning his eighth cap for his country, and the first since March 2017 after being recalled following a strong start to the season with United.

The left-back had set up Marcus Rashford to put England in front in the 11th minute.

United manager Jose Mourinho was in the stands at Wembley watching on.