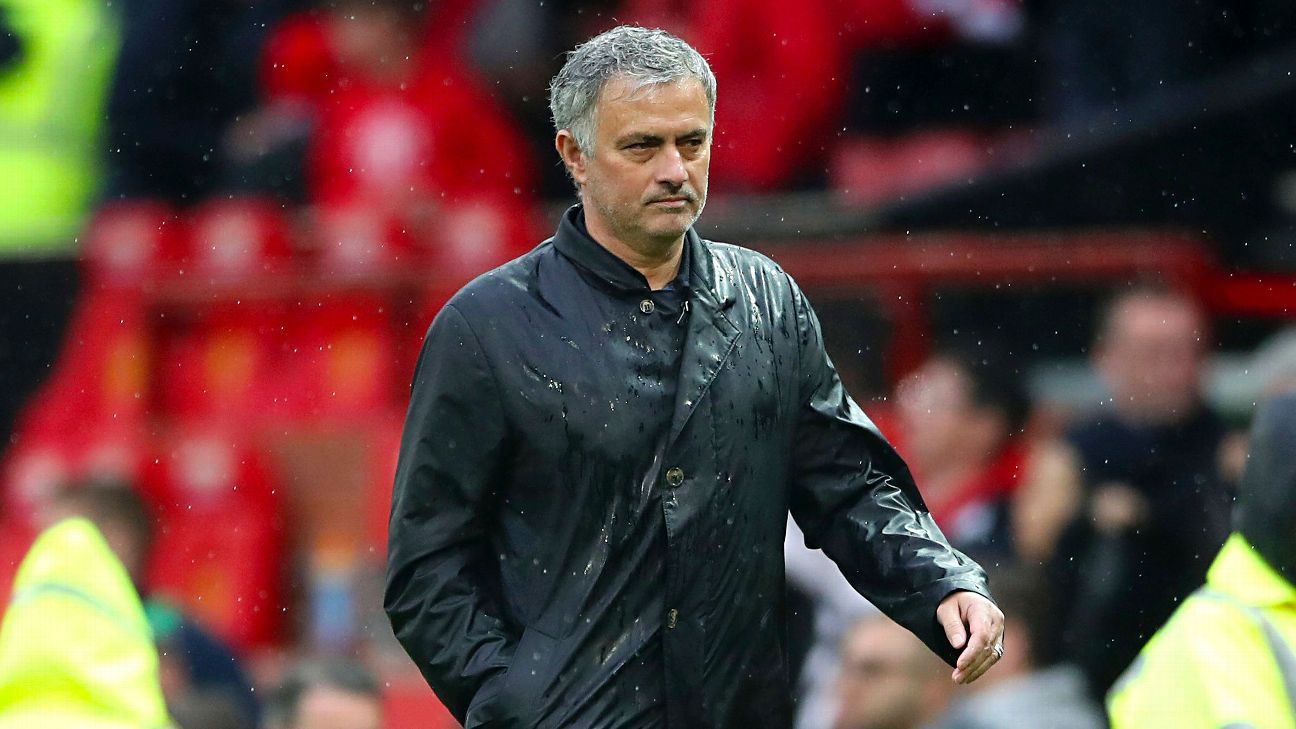 
Manchester United face Tottenham Hotspur in the FA Cup semifinals this weekend; which is essentially like playing Mauricio Pochettino’s team away, given they have made the national stadium their home ground the past few seasons.

If the last meeting between these teams at Wembley is anything to go by, United have got their work cut out.

The 2-0 defeat was arguably United’s worst performance of the season. Spurs totally outplayed Jose Mourinho’s side and huge questions were asked about the hapless display.

While no one did themselves any favours, Paul Pogba’s performance was particularly disappointing, and he was substituted with half an hour left to play. He was then dropped in the following league game vs. Huddersfield as a result.

The only thing United fans can cling to is that, despite Spurs’ dominance, their goals could have been avoided. The opening came from Christian Eriksen after Harry Kane headed the ball on, having been several yards into United’s half when the whistle was blown. This, of course, didn’t excuse United’s backline being half asleep from kick-off, but the goal shouldn’t have stood.

The second goal, which killed off the game, came when Phil Jones booted the ball into the back of his own net.

Still, while the away game was a disaster, United have beaten Spurs at Old Trafford this season and if ever there’s a manager to get the job done in a cup completion, it’s Mourinho.

While Spurs’ starting lineup may be more predictable, there’s plenty of uncertainty over which players Mourinho will trust to fight for the last available piece of silverware.

Having shown great determination to come from a 2-0 deficit against Manchester City to win 3-2, United then suffered a painful and humiliating defeat against soon to be relegated West Brom.

Mourinho was clearly furious after the game and reacted by making several changes to the team ahead of Wednesday’s 2-0 win at Bournemouth. While it was clear some players were being rested and saved, like Romelu Lukaku and Nemanja Matic, there will be several players fretting over their inclusion on Saturday afternoon.

After a slow start to life at United, Alexis Sanchez showed what he was capable of doing on the big stage when playing a vital role in his team’s comeback win over City. It was his ball to Ander Herrera that set up Pogba’s first goal, and he later assisted on the other two goals. Against West Brom he looked lively but wasn’t able to make the crucial difference.

Juan Mata was given a rare 90-minute outing but in the final half an hour repeatedly gave away possession. He will be left to wonder whether Marcus Rashford or Anthony Martial did enough against Bournemouth to force him out of the team on Saturday.

The young pair look the most dangerous of United’s forward players, with their ability to fearlessly run at defenders often getting the fans on their feet. Rashford showed what he could do if given a start when scoring two early goals in the recent 2-1 victory over Liverpool, while reports in the media claim that Martial is ready to leave the club, having gone 10 games without a goal. To be fair to the Frenchman, most of those appearances have come from the bench, but after storming performances in January, he’s seemingly fallen out of favour with the manager.

The only players certain of a place are Antonio Valencia, Matic and Lukaku, according to the manager’s post-match interview on Wednesday, although unsurprisingly he claims all have told him they want to be in the side that faces Spurs.

United’s match preparation has been different than usual though, with them spending the past few days in London and using Fulham’s stadium and training ground instead of Carrington. Having made the journey down to Bournemouth on Wednesday, Mourinho decided it would be better to stay down south instead of returning to Manchester for one day, only to travel back to London on Friday.

Mourinho will know as well as anyone how important this game is. If United can finish second, regardless of silverware, that will be a relatively successful season for the club, given their highest league finish since Sir Alex Ferguson’s retirement is fourth. United are in good shape to do that, sitting four points clear of Liverpool and six from Spurs.

Yet to finish the season without any silverware would be very disappointing. Mourinho won two trophies in his debut year at United and will be looking to add a second FA Cup to his collection.

The first came when denying United the double in 2007, with Didier Drogba scoring the winner at the end of extra time. The supporters will be hoping this time Mourinho will be winning the cup for United and that must start with a win on Saturday.