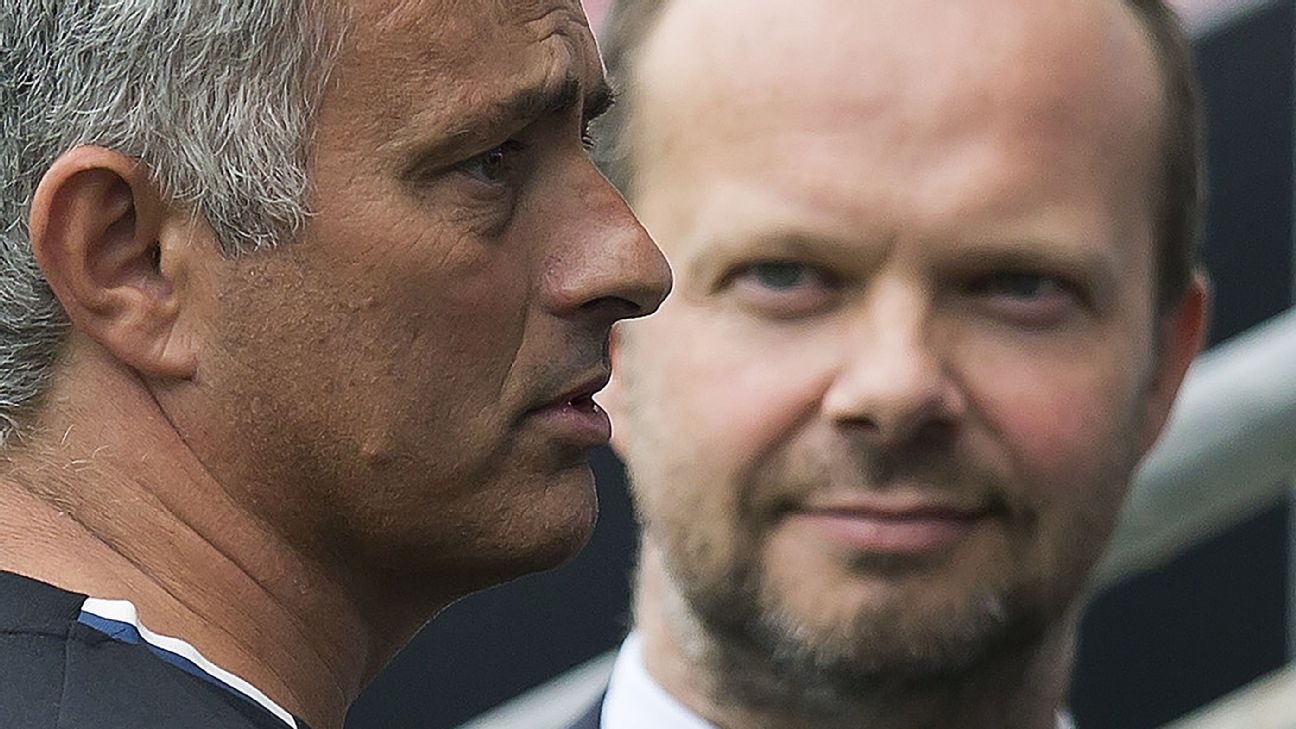 With just two games played, Manchester United fans have a sense that their season is already unravelling following the dreadful performance and result away to Brighton last weekend.

Having gone in 3-1 down at half-time thanks to a host of defensive errors, the most alarming issue was the fact there was no reaction in the second half. Jose Mourinho changed things around yet the players didn’t respond and looked as clueless as they had in the first half. Paul Pogba’s late penalty served purely as a consolation, rather than any genuine hope of a comeback.

This suggests there are plenty of problems with United right now, with the most striking issue the apparent lack of coaching that is taking place. The players don’t seem to know what they are supposed to be doing and have no obvious style or direction. That said, Mourinho’s job could have been made much easier if he had a solid defence to rely upon to allow the attacking players the freedom to go forward.

The manager’s go-to tactic is to set his teams up to concede as few goals as possible, while letting the forwards go out and do their thing. Had Romelu Lukaku buried an early chance in his first start of the season, instead of dragging his shot wide of the post, maybe it would have been a different result against Brighton and Mourinho would have bought himself more time before the doom and gloom set in.

In his postmatch interview, he refused to answer the question about the club failing to sign the central defender he had told Ed Woodward he needed, although he had made it clear during the preseason that United were short of quality in this position.

The argument used against Mourinho here is that the two centre-halves on show at Brighton were both his signings. Eric Bailly generally has the fans on side, thanks to his unconventional style of defending that has seen him play a key role in some of United’s bigger games, but he was very poor on Sunday. Victor Lindelof, equally as deficient, enjoyed an impressive World Cup, but has yet to do anything of note at United.

For the first goal, Bailly was dragged out wide to cover for Ashley Young playing out of position at right-back, yet was still unable to block the cross. Lindelof was caught napping and allowed Glenn Murray to sneak in front of him and flick the ball past David De Gea — a sublime finish to the 34-year-old’s credit.

Two minutes later, Bailly kicked the ball out of play for a corner under pressure, when giving away a throw-in or even trying to retain possession would have been simple enough alternatives. From the resulting corner, Bailly got nowhere near the cross that came towards him, before Lindelof stood and watched the scramble when the ball came back in, leaving Bailly late to pounce and unable to block Shane Duffy’s shot.

For the third goal, Bailly seemed to lose his mind completely and slid in on Pascal Gross as he was running away from goal in the box. Lindelof was behind him and in a position to close down if required, although it’s understandable that the Ivorian may not have trusted his teammate to do this. Still, he got nothing on the ball and left the referee with no option but to award a penalty.

Had United signed Mourinho’s first choice defender, Toby Alderweireld, who will play at Old Trafford on Monday, or even Diego Godin, who United made a late effort to sign, would they have lost to Brighton? Their lack of ideas going forward suggests they wouldn’t have necessarily claimed victory, but having a more reliable defence certainly wouldn’t have harmed their chances.

Woodward was quick to brief the press following the closure of the transfer window in order to reiterate that the club would not be overspending on aging defenders. Having already handed over £60 million to Mourinho to improve the defence, the belief was he shouldn’t be afforded the opportunity to throw more money at the problem.

Yet Mourinho’s two centre-halves combined cost the same price Manchester City paid for Aymeric Laporte and less than the fee Liverpool forked out for Virgil van Dijk. Given the club are against paying the top price that more experienced players demanded, Mourinho brought in two 22-year-olds. It would be rare though for two young defenders to come in to a team and start straight away without the benefit of playing alongside an accomplished and well-established central-defender first.

Mourinho has made do with what the club already had, Phil Jones and Chris Smalling, who have close to 500 appearances between them but whose form is patchy. When you consider that another rumoured target, Harry Maguire was ahead of both of them for England at the World Cup, with Smalling not evening making the cut for Russia, it illustrates the need United have to strengthen in this area.

No young defender is going to learn composure and coolness from defenders who regularly get themselves sent off or score own goals, and who make costly mistakes and look out of their depth. Their dreadful injury record over the years allows for little consistency either. Mourinho tried them out and, while they have played well at times, they are certainly not of the quality a team hoping to mount a title challenge would have playing week in week out.

So Mourinho went with his begging bowl to Woodward and was turned away, quite possibly because the club don’t see the manager lasting beyond the season. So is their plan to tread water this campaign, see where they end up, and then appoint someone else next summer?

Considering United’s stock has now reached its highest-value ever at over £3 billion, it’s an odd move that the club didn’t see it fit to sanction £60m for a proven Premier League defender, regardless of Alderweireld’s age. Having gone five years without winning the title, it’s strange they feel as though they can bide their time and hope that the squad that finished 19 points behind City last season, with Fred the only addition who will play regularly, can somehow close the gap.

United now have to face Spurs on Monday and you can already imagine that Alderweireld will put in a top performance, just to rub salt in the wounds. With Harry Kane having now broken his August goal scoring curse, you have to despair over their chances of keeping a clean sheet.

To have a must-win game just three matches in to the season is fairly desperate, but that is the position United find themselves in. Will Mourinho stick with his inexperienced pairing or revert to the central defenders who were at the club during the Sir Alex Ferguson years? Neither option is particularly encouraging and United fans will be left hoping that De Gea can bail them out once more.