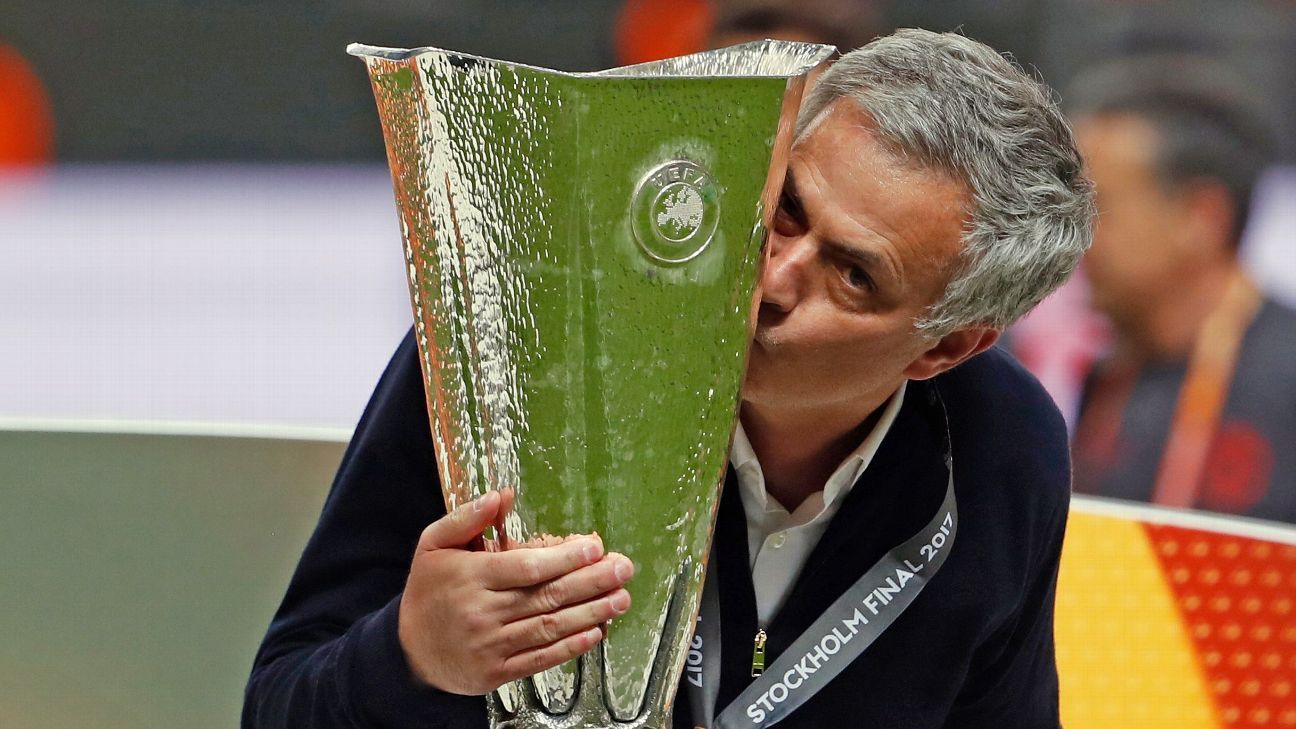 
Jose Mourinho has blamed his previous success for the anxiety surrounding Manchester United’s trophy-less season, telling ESPN Brazil that winning the FA Cup has become vital for him and his side.

The former Chelsea, Real Madrid and Inter Milan manager delivered Europa League and League Cup trophies to Old Trafford last season, which was his first in charge of the club.

United improved in the league in 2017-18 — rising from sixth to their current position of second — but embarrassing exits in the Champions League and Carabao Cup leaves May 19’s FA Cup final his only shot at silverware.

And Mourinho, who has won two Champions Leagues and eight league titles in his career, suggested his past standards have put the pressure on United to win at Wembley next month.

“It’s my fault because my career was built to win,” Mourinho told ESPN Brazil. “It’s always victories and victories. And now it’s been almost a year without any victories and I feel like that’s more important than people who never won anything.

“But in reality, people who never win anything are worse than the ones who always win and someday just don’t. I have never been an entire season without victories, so that means that if I don’t win [the FA Cup], the fact that I made it to the finals turns into only an ‘option.'”

The relationship between the Portuguese boss and star midfielder Paul Pogba has been much-scrutinised this season, with Mourinho keeping the France international out of the United first team at times.

Pogba has answered the call in recent weeks, producing a match-altering display in a rousing comeback against champions Manchester City earlier this month and provided an assist for Alexis Sanchez in United’s FA Cup semifinal defeat of Tottenham six days ago.

Asked about the rumours of discontent between the two, Mourinho said: “If that happened 10 or 15 years back, it would bother me a lot, because in that time it wouldn’t have lies in journalism.

“Actually, I don’t even know who’s a journalist and who isn’t anymore, because nowadays anyone can be a journalist. In fact, me and Paul [Pogba] never had a personal issue.

“If you tell me that we would have problems because me, as a coach, create different things than someone else and vice versa, ok. But personal issues, absolutely not.

“And I feel happy to say that Paul can be a lot of things, but there’s a think I can assure you: he’s very polite.”

Mourinho also said United are looking to make a number of new signings this summer.

And while he spoke about his affinity for Brazilian players, he said Chelsea winger Willian would likely not be among those arriving.

He added: “I think that a team without a Brazilian isn’t a team. But also, a squad with three or four Brazilian athletes, depending on their profile, cannot make a great team too. I’m kidding!

“I think their talent is fantastic and the creativity of the Brazilian player cannot be measured. If a European team, like, very European, could have a Brazilian in their squad, it would bring a ‘Brazilian thing’ to the game and I think that’s very important.

“I worked with Brazilian players in every team I coached, and I enjoyed [them] a lot, everything they can give and also every problem they can create!

“But honestly, I enjoyed a lot, and who knows we can have a Brazilian in the squad next year. I don’t believe it will be Willian, because Chelsea won’t make it possible.”

Mourinho, who has never spent more than three-and-a-half years managing a club, will face an Arsenal side commanded by Arsene Wenger for the final time on Sunday after the Frenchman announced he’ll be stepping down at the club after 22 seasons.

Mourinho believes the Frenchman is the last of his kind in coaching.

“It’s symbolic because it’s the last one,” he said. “There will never be another Wenger. The football world does not permit the existence of another Wenger or [Sir Alex] Ferguson.

“The social media world doesn’t let it happen, so it’s over. And that’s a shame because a professional with stability and years in a club can aggregate not only in the team but also fundamentally, which is more important. And it’s sad that he’s the last one.”