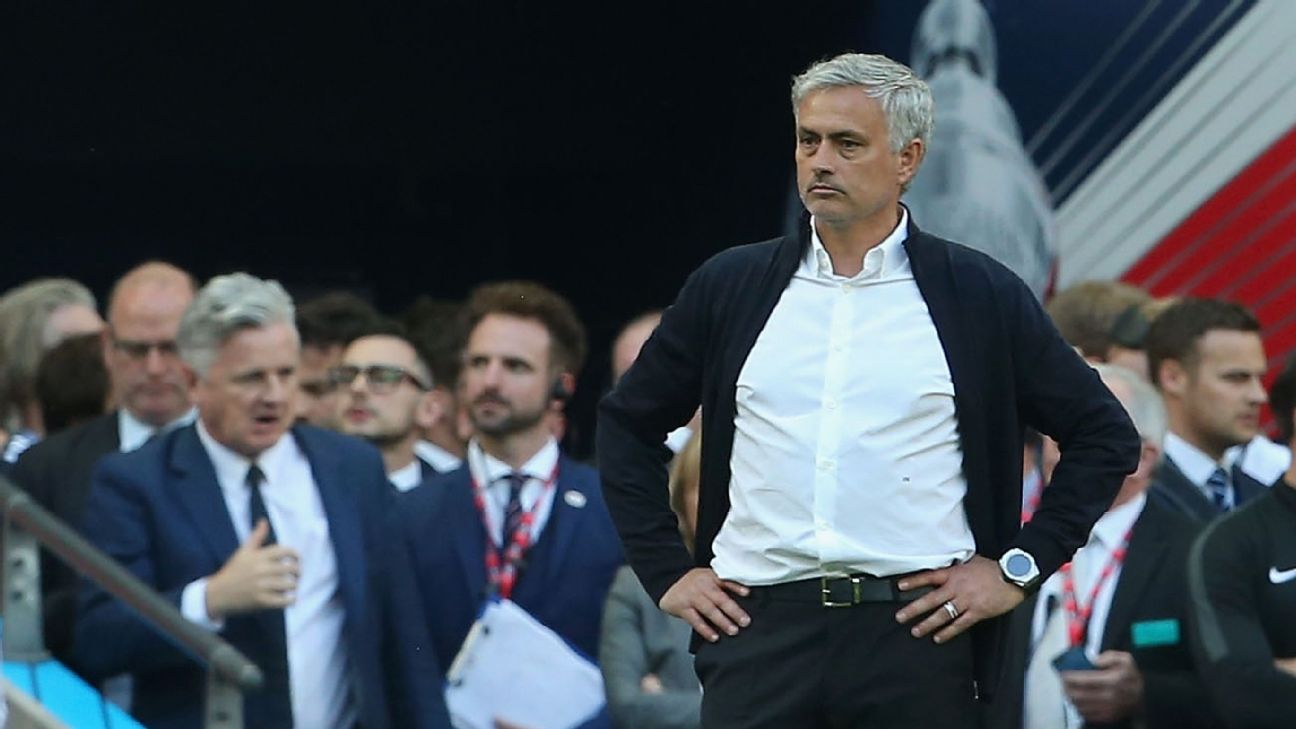 
LONDON — Jose Mourinho insisted he had no regrets after Manchester United’s 1-0 defeat to Chelsea in the FA Cup final on Saturday and said he was happy with his players’ performance at Wembley Stadium.

Eden Hazard’s first-half penalty was enough to hand Chelsea victory after Phil Jones, picked ahead of Eric Bailly at centre-back, brought down the forward in the penalty area.

Paul Pogba had a gilt-edged chance to equalise in the second half but missed with a free header in the 82nd minute.

“I’m quite curious, too, especially because now I’m on holidays and have more time … today, tomorrow, [the] next couple of days to read, to watch, to listen your opinions,” Mourinho said at a news conference.

“My opinion on my team’s performance was every defeat hurts, but for me, personally, the ones that hurt less are when you give everything and go without any regrets, so I prefer to lose like today than to lose like we did, for example, at Newcastle. I leave my players happy with them, and for me, that’s really important.”

Mourinho was hampered by the fitness of Romelu Lukaku, who was only named among the substitutes.

The striker came on for the last 20 minutes but Mourinho said it had been the 24-year-old’s decision not to start.

Mourinho tried to shackle Hazard by deploying Ander Herrera in a man-marking role.

It worked well in Chelsea’s defeat at Old Trafford last season, but this time, Hazard was able to find the decisive contribution.

“They only played long balls to [Olivier] Giroud to flick and then Hazard to get second balls in individual actions, and when you play against a team so predictable, [it] is quite easy to adapt to it. I didn’t think we would concede any goal in this match, but of course, Hazard is a very good player and he created the penalty.”