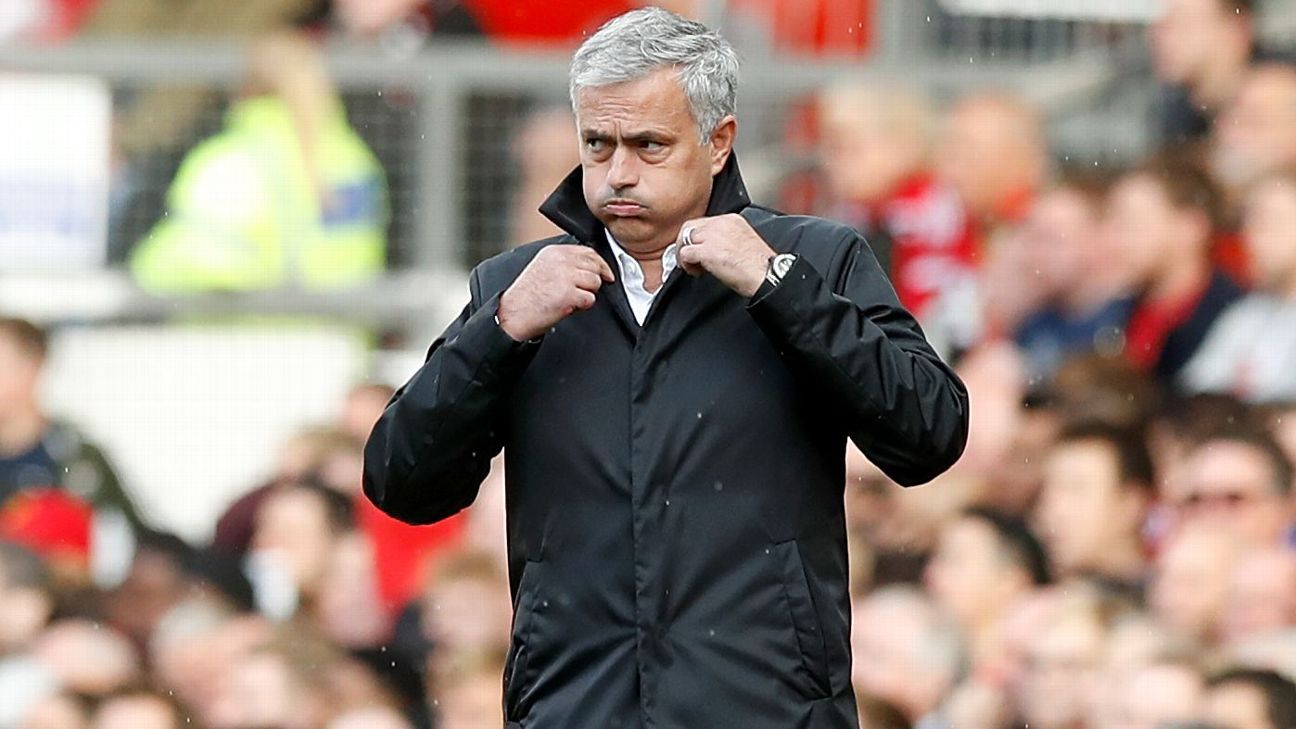 
MANCHESTER — Jose Mourinho has played down Manchester United’s blossoming title battle with Manchester City by insisting he did not think about Pep Guardiola’s side for “one single second” in the build-up to Everton’s visit to Old Trafford on Sunday.

United and City have identical records after five games, with City sitting top of the table on alphabetical order.

But while he prepared for the game against Ronald Koeman’s side, Mourinho insisted he was thinking only about rivals who dropped points this weekend.

He told a news conference: “Today I didn’t think one single second in Manchester City. I thought about Tottenham, Arsenal, Chelsea, Liverpool — they lost, well, they didn’t win their match and it was a chance to get two points, like they got last week when we drew Stoke and I just thought about them.

“City won the game and did their job; the others, I saw it was an opportunity we did not waste.”

After taking an early lead against Everton thanks to Antonio Valencia’s wonder strike, United struggled to control the game until goals from Henrikh Mkhitaryan, Romelu Lukaku and a penalty from substitute Anthony Martial, all inside the last 10 minutes, put some gloss on the scoreline.

Mourinho added: “I think if the result was two or three nil after 30 minutes I would say a clear reflection of fantastic football we played in the first 30 to 35 minutes.

“We were ultra-dominant against a team that played with five and four. I think we played phenomenal in the first half hour.

“Then they improved, they have a little bit more initiative, bring a few more bodies into attacking areas, and they create us a couple of problems but then I think Ander [Herrera] was important, he gave us the stability we were losing a little bit.

United’s last three goals came in the 83rd, 89th and 90th minutes — the seventh, eighth and ninth times they have scored in the final 10 minutes in just five games this season.

Mourinho said: “I think the Premier League is becoming very defensive. I think many teams try to play with five in the back plus two three in the middle, some teams four. In some matches the two teams try to match each other and play the same system and in 0-0 and 1-0 and sometimes when you have a little bit more space you try, so in the last part of the game they were losing 1-0 and then 2-0 and they tried to come more.”

Despite a comfortable-looking scoreline, United were still indebted to goalkeeper David De Gea, who made good saves from Gylfi Sigurdsson and Wayne Rooney with the score at 1-0.

Mourinho added: “It’s even more difficult when you don’t touch the ball, you are in the game, five, 10, 15, 25 [minutes] you don’t even smell the ball, and you have to be ready for action.”