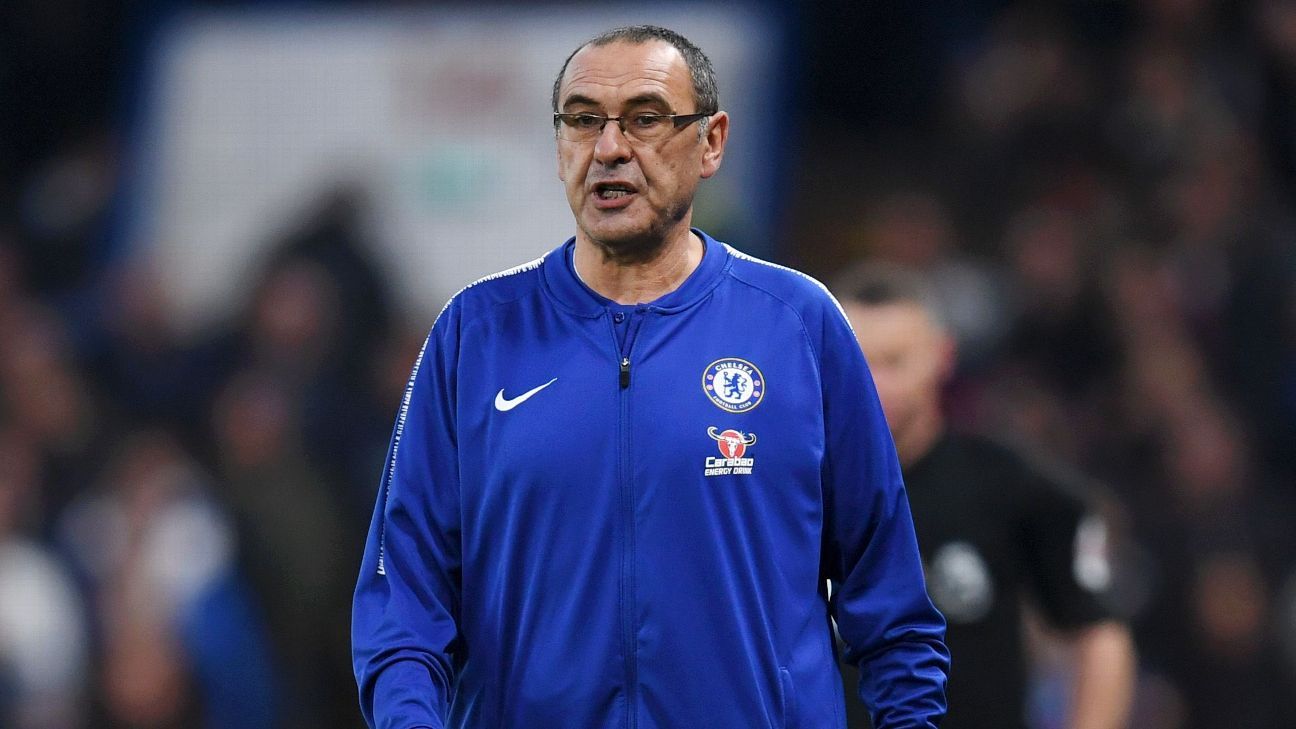 Despite winning three Premier League titles in two spells at Stamford Bridge, Mourinho no longer enjoys the best relationship with the Chelsea fans. His last visit in October ended in fireworks when he clashed on the touchline with Sarri’s assistant Marco Ianni as the home side came back from a goal down to snatch a 2-2 draw with United.

Sarri instructed Ianni to apologise to Mourinho for the goading nature of his celebration in front of the United bench, and Chelsea’s head coach has taken every public opportunity to pay respect to the two-time Champions League winning manager since arriving at Stamford Bridge in the summer.

“Mourinho is a man of extraordinary human quality,” Sarri said in an interview with Gazzetta dello Sport. “He made a great impression on me when we met at Stamford Bridge and there was that incident involving my assistant.

“Professionally, there’s nothing more to add — he’s won everything, everywhere.”

Sarri’s style has been likened to Manchester City boss Pep Guardiola, but he believes there is a closer comparison to be made among his Premier League rivals.

“[Jurgen] Klopp is the one who I feel is closest to me in terms of philosophy, and I think our exchange [on the touchline in Chelsea’s 1-1 draw with Liverpool in September] proves it,” he said. “At a certain point, I turned to face him and I saw he was smiling so I went up to ask him why.

“He said: ‘Because I’m loving it, you?’ — ‘Me too,’ I replied. It’s when you experience situations like these that you realise you’ve reached the top.”

“He is one who studies and he’s an excellent professional,” Sarri said of the Spaniard. “The attacking organisation of his football is of the highest level.”

Chelsea’s unbeaten start under Sarri will face a stiff test on Saturday when they visit Wembley to take on Tottenham, and the Italian is not underestimating the challenge.

“It’s going to be a difficult game against a great coach and a team who work like clockwork,” he said. “I don’t think Tottenham will be thinking ahead [to Inter in the Champions League] when they face Chelsea.

“It’s going to be a real game, in addition to being a derby.”