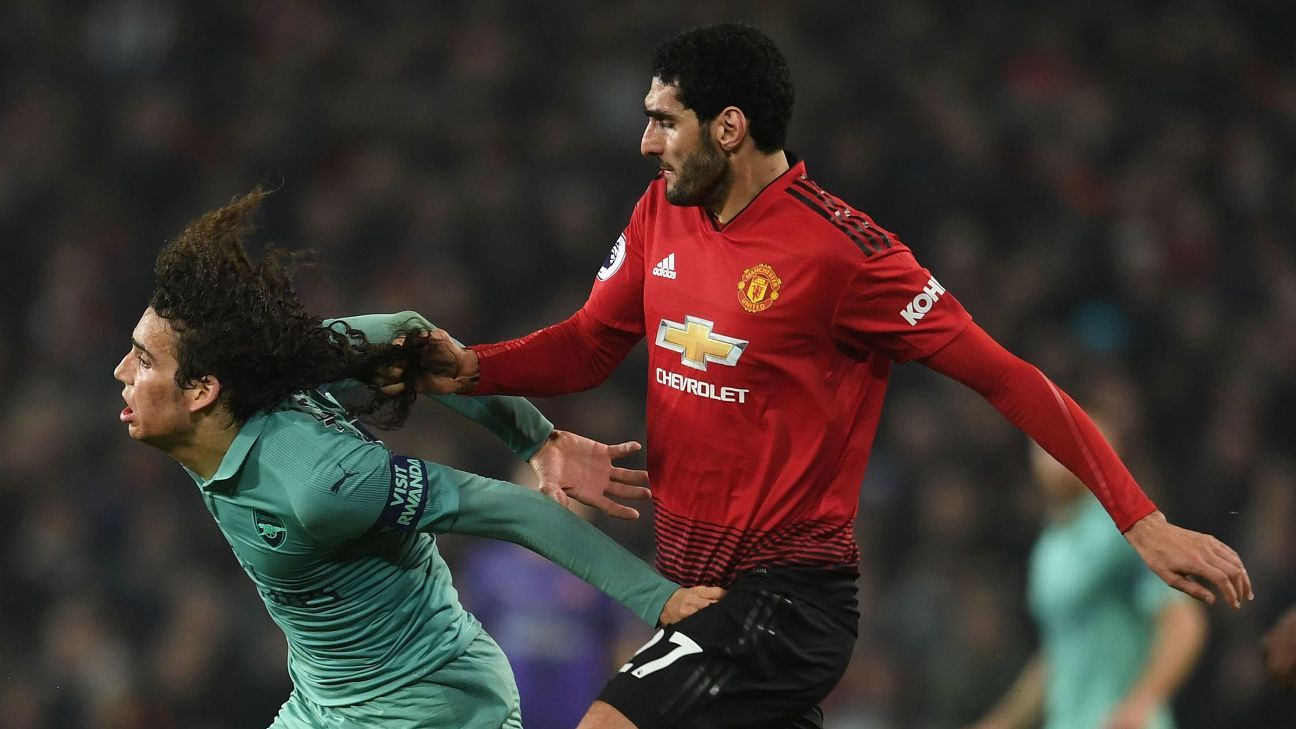 
Manchester United midfielder Marouane Fellaini is heading towards the exit as a move to the Chinese Super League edges closer, sources have told ESPN FC.

United are in discussions with Shandong Luneng as the Belgium international is expected to opt for a move away from Old Trafford.

Shandong have sent a delegation to Manchester to tie up the deal.

The 31-year-old signed a new two-year deal in the summer but with opportunities limited since Jose Mourinho’s dismissal in December, he is set to sign a three-year contract with Shandong on wages in excess of the £140,000-a-week he currently earns.

Caretaker manager Ole Gunnar Solskjaer said this month that Fellaini has “an X-Factor” but he has played just 31 minutes under the Norwegian.

Fellaini has been in Antwerp at the Move to Cure clinic this week in a bid to recover from a calf injury that has ruled him out of the past three games.

The proposed move to Shandong, who sit third in the Chinese Super League, will bring to an end a five-and-a-half year stay at United for Fellaini.

He arrived from Everton in a £27.5 million deal in 2013 to become David Moyes’ first signing and the first arrival following Sir Alex Ferguson’s decision to retire.

Flamengo are eyeing Copa Libertadores final after win over Ecuador’s Barcelona
How the hit show strives to get the soccer right
Real Madrid’s Marco Asensio gets 9/10 for hat trick in thrashing of Mallorca
New England still on top as Nashville stumbles and Atlanta continues to climb
Cruz Azul vs. Monterrey – Football Match Report – September 16, 2021