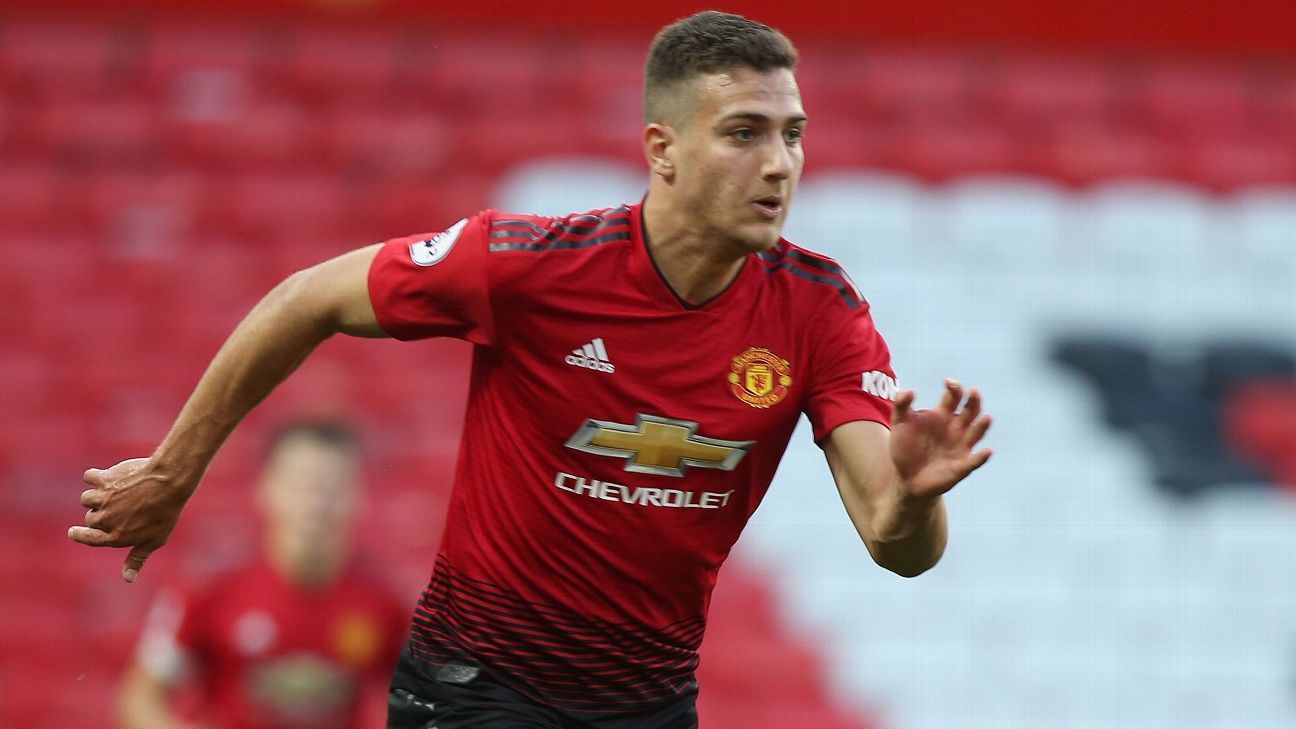 
MANCHESTER — Diogo Dalot stood in the tunnel at Old Trafford after his first 78 minutes in a Manchester United shirt.

There is an ice pack strapped to his right knee — “precaution,” he says with a smile — having played a game of football for the first time in more than five months.

Since his last appearance — a 2-0 win for Porto over Boavista in March — he has undergone knee surgery, joined United in a £19 million deal and been hailed as “the best young full-back in Europe” by Jose Mourinho.

It has been a meteoric rise for a 19-year-old who has still only made eight senior appearances. “It has not been easy,” he tells ESPN FC when asked about how life has changed in the last few months.

“It has felt like a dream. You have to be prepared mentally for these things and I think I have done that. I have prepared for all the challenges I could face and I think I’m ready.

“I have had my friends and my family to help me. They are the reason I have come so far so quickly and the reason why I am here.”

Dalot’s dad and sister were among the family members who flew to Michigan in the summer to watch the preseason game against Liverpool in the Big House even though they knew he would not play, walking around Ann Arbor with “Dalot 20” proudly plastered across their backs.

He has enlisted friends and relatives to help him settle in Manchester after jetting off to the United States almost immediately after signing with the club in June.

“I like to keep my family close,” he said. “I keep switching from friends, family and cousins so there are a lot of people here to help me. They go everywhere with me.

“It has been good. I’m settled. I like the city and I like the people. The people are nice. I think I’m a nice guy too so hopefully we match!”

Dalot did enough in his short career at Porto to have United and a host of European heavyweights chasing his signature.

His performance in the 0-0 draw with Liverpool at Anfield in the Champions League in March was particularly impressive.

It prompted United to offer Porto £19 million, more than his £17.4 million release clause, to push through the deal in the face of interest from Real Madrid and Barcelona.

Dalot, though, insists he only ever had eyes for Old Trafford.

“I heard at the end of the season I might have the opportunity to come here and it was a dream come true,” he said.

“The choice was obvious. This is one of the greatest clubs ever. I’m looking forward to playing and helping to get the club to the highest level possible.”

It helped, too, that compatriot Jose Mourinho is also here.

“His history talks for itself,” he added. “He’s a great manager, one of the greatest managers ever. Of course it helps. The communication helps, too.

“He believes in me, that’s the most important thing. I’m hoping to repay that and give him what he wants from me.”

Dalot will not have to wait much longer to find out what exactly that entails. After joining first-team training sessions after the tour of the United States, he made his debut in a United shirt for the under-23s in their 1-0 win over Stoke in their Premier League 2 Division 2 meeting on Friday night in front of 806 fans at Old Trafford.

Mourinho and his coaching staff were also watching from the stands and they will have seen a right-back keen to get forward and with the ability to whip a dangerous cross into the box.

Dalot is hopeful of finally making his full debut after the international break, when the hectic nature of the fixture list kicks in and first-choice right-back Antonio Valencia, 33 in the summer, has his workload carefully managed.

“It has not been frustrating because you have to be prepared for these things in football,” said Dalot when asked about his injury and subsequent period of rehabilitation.

“I kept my mind always thinking just step by step. I’m one more step closer to where I want to be because I want to play.

“The team have helped me a lot during this recovery time. We are together, we are strong and I can’t wait to start.

Dalot believes he has already benefited from training alongside the likes of Valencia, Matteo Darmian, Ashley Young and Luke Shaw for the last month.

After the international break, United face six games in 18 days in the Premier League, Champions League and Carabao Cup and a chance, perhaps, for Dalot play in front of considerably more than 806 fans.

“If the manager thinks I’m ready and he wants me to play, I will play, for sure,” he said. “I’m going to prepare myself for that and as soon as he wants me, I’ll be ready.

“For sure, I’m going to become a better player here. The team have already helped me a lot and I’ve learned a lot in a short space of time from Antonio, Matteo, Ashley and Luke. I’m looking forward to learning more.

“I think I can get better. We always think we can do better and I have to keep improving.