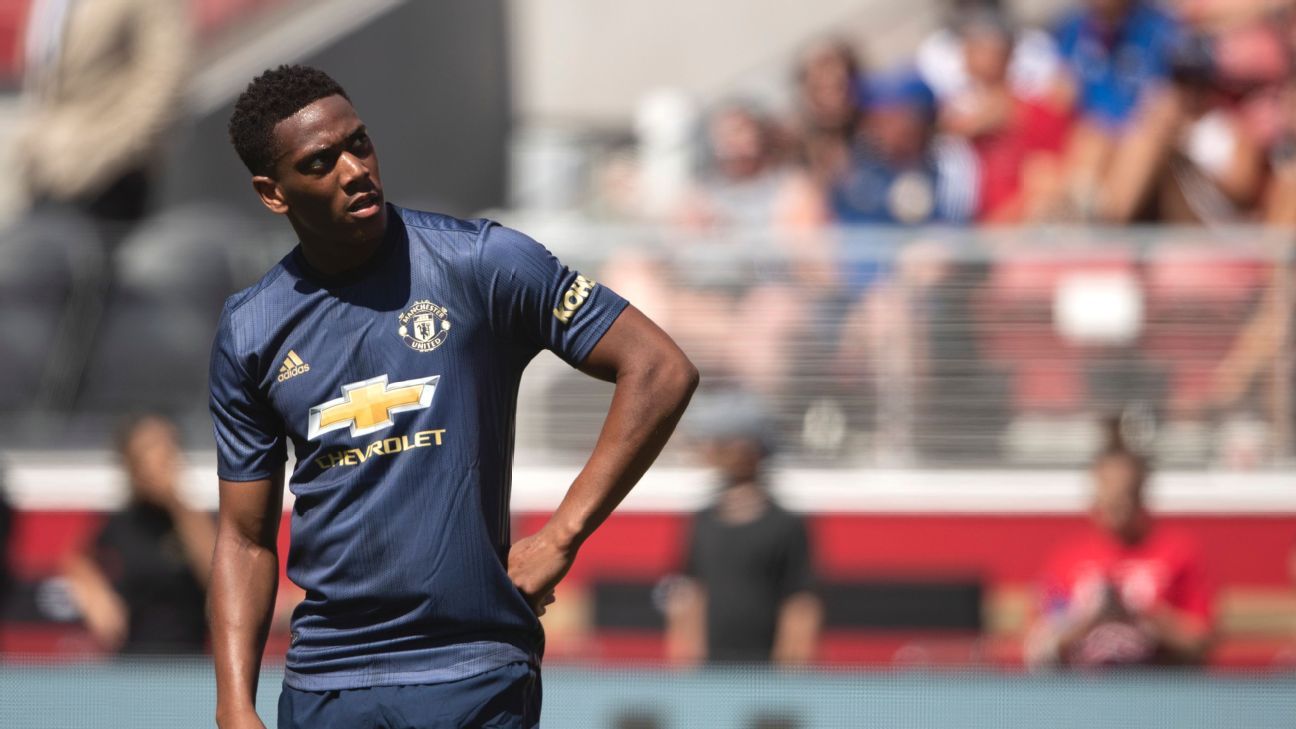 
MIAMI — Anthony Martial says he will join Manchester United training on Thursday, after risking discipline by failing to return following the birth of his second child.

Martial, 22, left United’s Los Angeles training camp last week to attend the birth of his son, but after the safe arrival of Swan Anthony, he did not return to United’s preseason tour of the United States or report back to Carrington.

After leaving the U.S. on Wednesday, he has not trained under the supervision of club coaches for eight days. If United decide to take action it could mean the forward is hit with a fine of two weeks wages totalling £180,000.

Manager Jose Mourinho questioned on Saturday why Martial had not flown back to the U.S. to rejoin the squad and said after Tuesday’s win over Real Madrid that he “didn’t know” when the former Monaco man would be back in training.

But Martial broke his silence to give his side of the story on Wednesday, appearing to suggest he had remained in Paris with girlfriend Melanie Da Cruz because she had struggled to recover after giving birth.

“Thank you all for your posts,” Martial tweeted. “My little Swan is fine, for the mom it was harder but thanks to God she’s better now. Sorry but my family will always come first. Back tomorrow in Manchester.”

Martial could now be part of the squad which travels to Germany on Sunday to face Bayern Munich — one of the clubs linked with a move for him this summer.

Sources have told ESPN FC that Martial is keen to leave Old Trafford this summer after falling down the pecking order following the arrival of Alexis Sanchez and seeing talks over a new long-term deal stall.

He has been linked with moves to Bayern Munich, Chelsea and Tottenham but sources have told ESPN FC Mourinho will not consider letting him join a Premier League rival.

Meanwhile, Romelu Lukaku has agreed to cut short his holiday in a bid to be available for the start of the season, Mourinho said.