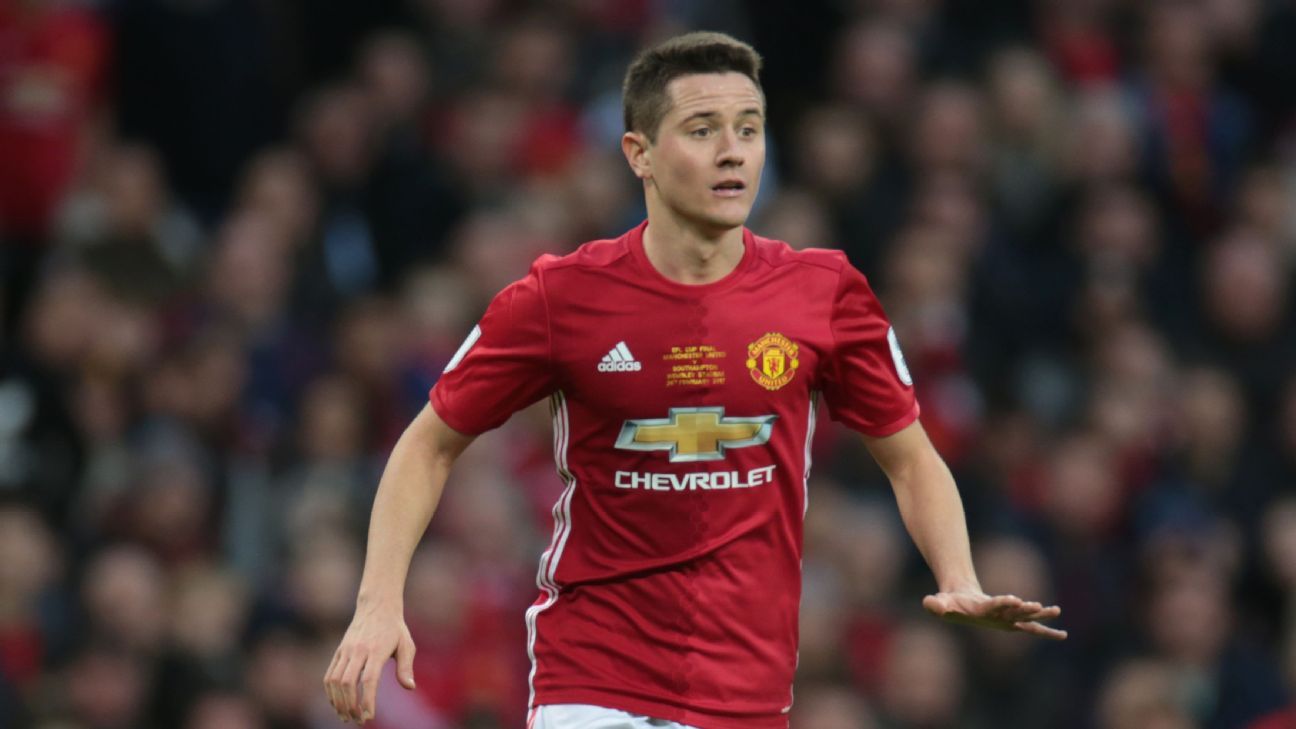 
Manchester United midfielder Ander Herrera has played down speculation linking him with a move to Barcelona.

Herrera’s former Athletic Bilbao coach Ernesto Valverde has taken charge at Camp Nou, leading to the speculation, but he says he is happy at Old Trafford.

“There is nothing certain about Barcelona because I am very happy at United and I feel valued and focused here,” he told journalists after Man United’s 5-2 win over LA Galaxy, in quotes reported by Marca.

United failed to reach an agreement with Real Madrid for the striker and signed Romelu Lukaku instead.

“Of course I wanted to have Morata as a teammate, he was very close because the two clubs negotiated,” Herrera said. “Too bad he is not with us but I wish him well.”

United will face European champions Real Madrid in the Internationals Champions Cup and the UEFA Super Cup this summer, and Herrera has said Zinedine Zidane’s side are the best team in world football.

“Madrid are the most powerful team of the moment,” He said. “They have won the last two Champions Leagues but a Super Cup final always motivates me.

“I am just as motivated, of course, playing against Madrid and it’s a good test for us.

“Getting back into the Champions League was fundamental to the club because we are going to be one of the rivals to beat. We are a strong team with a winning coach.”