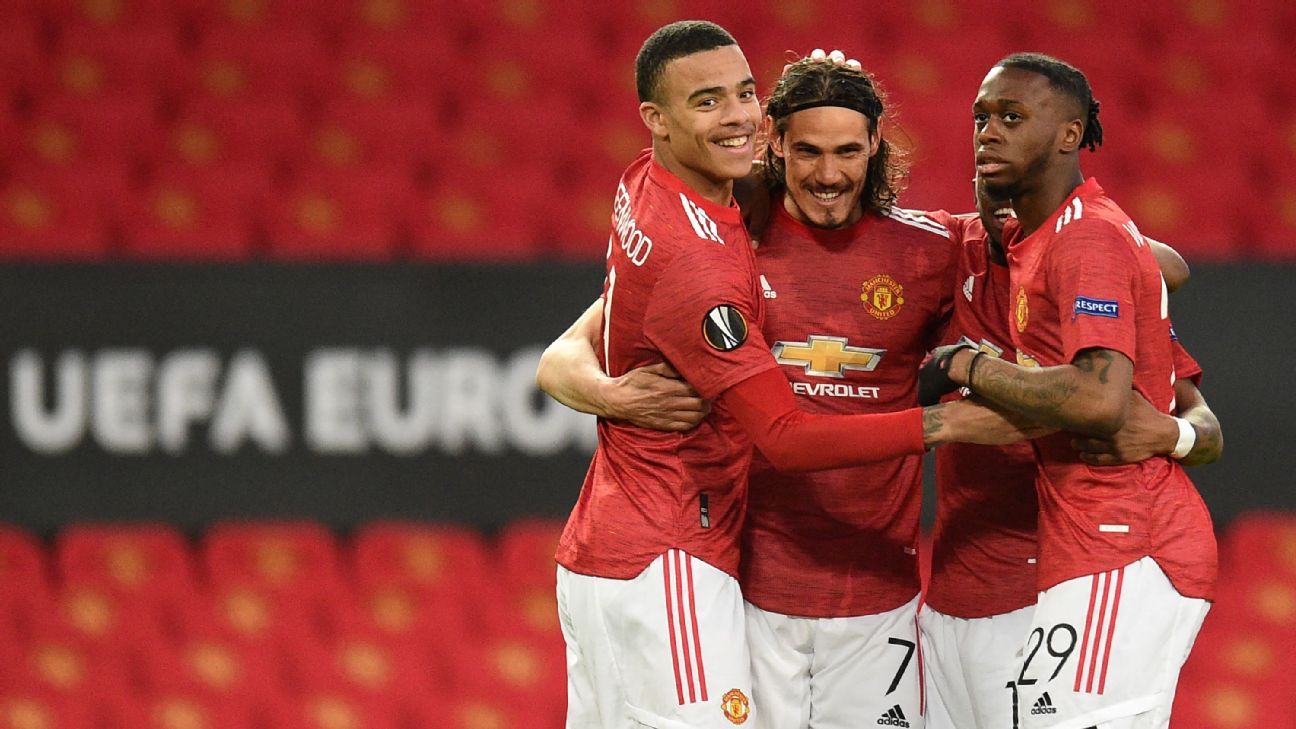 
Manchester United reached the Europa League semifinals after Edinson Cavani’s early strike and a Jesus Vallejo own goal secured a 2-0 home win over Granada on Thursday and completed a 4-0 aggregate rout of the Spanish side.

United will face AS Roma for a place in the May 26 final in Gdansk after the Italian side ground out a 3-2 aggregate win over Ajax Amsterdam with a 1-1 home draw in the second leg of their quarterfinal.

“We are looking forward to it. We’re in the semis. It feels like a proper European tie because Roma is a club with lots of history,” United manager Ole Gunnar Solskjaer said. “We’ve done well against Italian sides before.

“We’re going into it hoping to get to the final. If we can finish the season with a trophy that’d be great.”

Cavani netted his 50th goal in European competition with a clinical sixth-minute finish as United made a bright start.

Granada came to life after falling behind and their forward Yangel Herrera twice headed inches wide as the home side appeared content to sit back.

Bruno Fernandes fired narrowly over the bar for United with a rasping first-time volley in the 34th minute and Cavani headed wide of the far post before Vallejo scored at the wrong end of the pitch in the 90th minute.

Vallejo scored at the wrong end of the pitch in the 90th minute as Alex Telles swung in a cross from the left and the centre back gave Silva no chance with a misdirected header which ended up in the bottom corner.

“Every team will give you problems,” the Portugal midfielder told BT Sport.

“They have a good organisation defensively, they can create problems offensively. Some of their players have played in England. We know what we have to do. If we do the right things, we will have our chances to win the game.”

The last four opens up the prospect of an all-English final as Villarreal face Arsenal in the other semi after the Gunners thrashed Slavia Prague 4-0 away to complete a 5-1 aggregate victory.