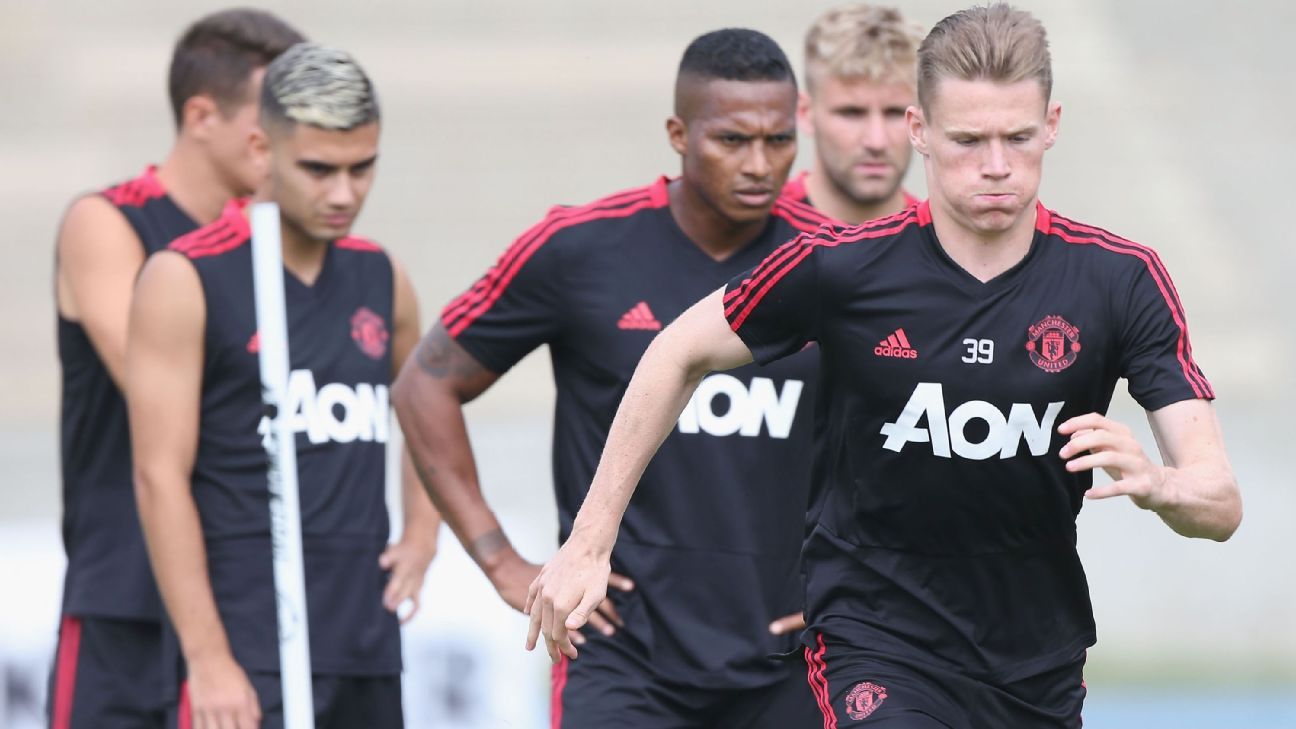 
LOS ANGELES — Sergio Romero was absent from training as Manchester United held their first open session on Tuesday in California.

Jose Mourinho’s side were put through the paces in their second training session of the summer at UCLA’s Drake Stadium on Tuesday morning, after arriving in Los Angeles on Sunday evening and holding a closed practice on Monday.

Romero is still recovering from the injury which ruled him out of Argentina’s World Cup squad. Lee Grant, a summer signing from Stoke, and Joel Pereira were the goalkeepers involved in the session.

Meanwhile, Daley Blind has said his goodbyes after completing his £14.1 million switch to Ajax, which sources have told ESPN FC could eventually rise to £18.5 million.

The boss is feeling it too… 😀 #MUFC pic.twitter.com/XEF7OVsn2p

The Netherlands defender did not travel to the United States on Sunday, instead meeting up with his new Ajax teammates at St George’s Park on Monday.

The 28-year-old leaves after winning the FA Cup, EFL Cup, Europa League and Community Shield in four years at Old Trafford but, after being restricted to just four Premier League starts last season, said it is time to return “home.”

He said: “First of all I want to say how proud I am to be a part of the Manchester United family.

“To play for the biggest club in the world with such a history meant a lot to me. I had four great years with four trophies.

“I want to thank everyone — the managers, coaches, the medical department, everyone who helped me to settle in so quick at the beginning, of course my teammates and last but definitely not least the fans.

“I want to thank you for all the love and support I received and still get.

“I will never forget some of the special games and moments, I will miss you, The Theatre of Dreams! But now it’s time to go home.”