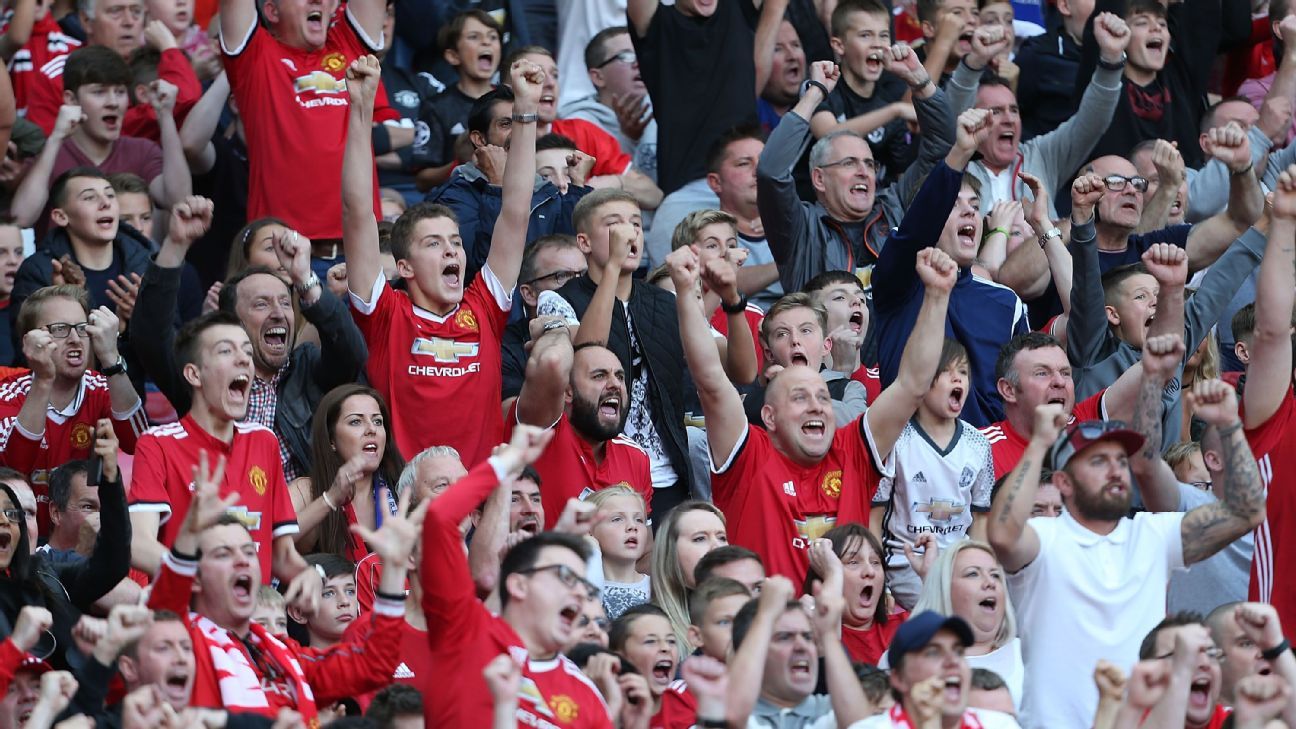 
In their third Premier League game of the season, Manchester United faced opponents, who have had plenty of former Old Trafford players in their ranks over recent years. Most were Manchester lads and United fans, who had left to play first-team football. Jose Mourinho’s side dominated and created chances but were struggling to find a breakthrough, until Marcus Rashford — another Mancunian red — scored late on.

That was what transpired at Hull on Aug. 27 last year, when Rashford’s last-gasp winner sparked wild celebrations involving players and travelling fans, and history repeated itself on Saturday against Leicester as United extended their 100 percent winning record to three games.

Leicester’s Old Trafford old boys on Saturday were Danny Simpson and Matty James, while goalkeeper Kasper Schmeichel grew up in south Manchester as a United fan while his dad Peter played for them. Danny Drinkwater, Leicester’s best midfielder, is another Mancunian; he held a United season ticket and came through the club’s ranks.

And the Foxes’ assistant manager Michael Appleton is a Salford boy, who started his career at United and also supports the club. United wanted him to work with their youngsters as recently as last season, but he prefers the cut and thrust of coaching first teams.

Many ex-United players have enriched the Premier League with other clubs but Rashford and Jesse Lingard are exceptions and both made a difference on Saturday. Rashford had been on the pitch for three minutes when he scored the opening goal. He started the first two league games but missed one too many chances for his manager’s liking and so made way for Anthony Martial’s deserved start.

Another substitute, Lingard, assisted United’s second for the third man to come off the bench, Marouane Fellaini. The many Fellaini critics among United’s fan base have quietened, as have those of Phil Jones, and both have the trust and respect of their manager.

The winning start to the season is making fans happy and there’s a feeling that something exciting is happening, yet supporters are once bitten, twice shy. This time last year, a wave of euphoria followed three straight wins amid a feeling that Mourinho was righting the wrongs of the dreary playing style espoused by Louis van Gaal.

Fans remain convinced by Mourinho and good start helps. That mood will carry over the two-week international break like it did a year ago, but this season’s United have been better for several reasons.

The team have scored more goals — 10 against six — and six different players have found the net so far. That’s two more than last year, when over-reliance on Zlatan Ibrahimovic was an issue. And while United did beat Leicester 4-1 last September, they generally struggled to create chances as games wore on against many mid-table opponents. With well-timed substitutes on Saturday, Mourinho’s men found those openings. The manager is learning, too.

Meanwhile, there have been three clean sheets, with the defence anchored by the promising partnership of Jones, who is still carrying an injury, and Eric Bailly. Mourinho has also been impressed with Chris Smalling and Victor Lindelof in training; they’ll start in the next game at Old Trafford, a Champions League tie against Basel.

The favourable European draw — United also face Benfica and CSKA Moscow — is another plus for the only team yet to drop a point in England’s top flight, one which is already six points ahead of an Arsenal side that finished higher last term.

The 2016-17 season proved to be a false dawn. Following the first international break United would lose their next three games in all competitions and win only one of the next seven in the league. It’s hard to envisage a repeat of that, but then it was hard to foresee such a loss of form a year ago. United slumped to sixth by the start of November and stayed there for the majority of the campaign.

United have beaten West Ham, Swansea and Leicester so far, opponents similar to the level of those beaten last August: Bournemouth, Southampton and Hull. Twelve months ago, the fourth match was against a top team, Manchester City, who won 2-1 at Old Trafford.

The fourth game this season is away to Stoke City at a ground where they have often struggled. The game is usually played in winter, with swirling wind coming in from the three open corners of the stadium, and the hosts’ style of play always presents problems.

United drew 1-1 there in January, thanks to Wayne Rooney’s late, great, record-breaking free-kick, but were beaten 2-0 in December 2015, marking a crisis point in the Van Gaal reign. Almost a year earlier, the teams drew 1-1 on New Year’s Day and the season before, David Moyes’ United lost 2-1 in February 2014. Win at Stoke and more people will take notice of United’s form.

It’s a similar story with Everton, the next visitors to Old Trafford in the league. United drew 1-1 last season, having nicked a 1-0 win in 2015-16 and a 2-1 result the season before. Everton won the fixture 1-0 in 2013-14. Everton were a team United used to beat routinely under Sir Alex Ferguson, until a very costly 4-4 draw in April 2012 that damaged the club’s title chances.

Neither Everton nor Stoke are expected to finish in the top four this season but they will pose tough tests nonetheless, the right tests at the right time. United are still rebuilding and far from finished, so playing away at Chelsea, Liverpool, Tottenham or Man City is probably a step too far at the moment, just as Real Madrid were in the UEFA Super Cup.

However, three games into the league season, fans really couldn’t have hoped for things to be any better.