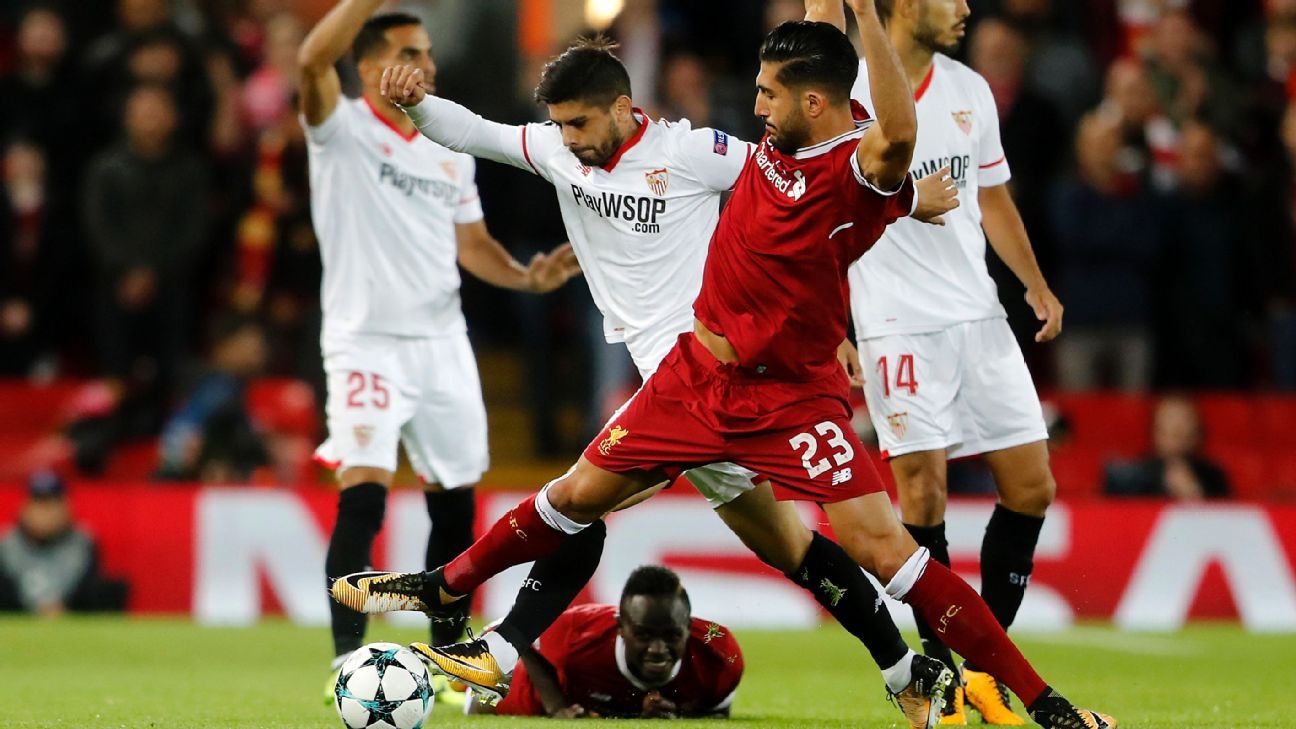 Manchester United are set to spark a transfer war with Liverpool after joining the race for midfielder Emre Can, according to TalkSport.

Can’s contract expires next summer and, despite opening negotiations over a new deal some time ago, it’s thought the 23-year-old wants to assess his options before committing to a longer stay at Anfield.

Juventus have been strongly linked with a move for the German international, but it now appears that Liverpool’s bitter rivals United are also in the hunt for his signature.

Jose Mourinho apparently sees Can as the ideal long-term replacement for Michael Carrick, who is expected to retire at the end of the season.

Perisic move back on?

As well as chasing Can, Manchester United are back on the trail of Inter Milan’s Ivan Perisic, reports the Daily Mail.

United tried to sign the Croatian international over the summer, but Inter rebuffed their interest before the winger signed a new contract in September.

However, it has now been reported that Perisic’s fresh five-year deal includes a €60 million release clause, which can be triggered next summer.

Perisic, who turns 29 in February, has scored three goals and claimed three assists in seven Serie A matches this season.

That might sound like impressive form, but it’s nothing compared with Dries Mertens’ seven goals so far, with Calciomercato claiming the Napoli forward is another name on United’s short list.

Mertens scored a staggering 28 strikes in Serie A last season — with nine assists thrown in for good measure — and reportedly has a tempting €28m release clause.

Thibaut Courtois is stalling on a new deal at Chelsea as he eyes a move to Real Madrid, claims the Daily Mirror.

With the Belgian’s contract expiring in 2019, the Blues’ board are keen to extend his stay at Stamford Bridge — but Courtois apparently has other ideas.

The report states that the 25-year-old has his heart set on a return to Spain, where he spent three years on loan to Real’s rivals Atletico Madrid.

Although it’s believed David De Gea is still the primary target to replace Keylor Navas, Real could now turn their attention to Courtois rather than wait for Manchester United’s dodgy fax machine again.

– Everton will reject any bids for Ademola Lookman in January with the winger still a key part of Ronald Koeman’s plans, states the Daily Mirror. Lookman has been linked with Tottenham and Crystal Palace after struggling for game time this season.

– Pierre-Emerick Aubameyang says he was “never tempted” by a move to the Premier League despite interest from Manchester City, according to TalkSport. The striker has scored eight goals in seven matches this season to fire Borussia Dortmund to the top of the Bundesliga.

– Robin van Persie is set to rejoin Feyenoord after negotiating his release from Fenerbahce, says the Daily Mail. The 34-year-old started his career at the Rotterdam club and would boost their hopes of retaining the Eredivisie title.

– The Sun reports that Santos starlet Yuri Alberto is a target for Manchester United and Arsenal. The 16-year-old has already been valued at £37.5 million after scoring 51 goals in 35 youth games last season.

– According to the Daily Mail, Real Madrid are weighing up a January move for Edinson Cavani. With Zinedine Zidane’s side down in fifth place in La Liga after seven matches, having scored 10 fewer goals than Barcelona, it’s hoped that Cavani will add the firepower required for another title tilt.

– Crystal Palace have identified Besiktas striker Cenk Tosun as the man to save them from relegation, claims the Croydon Advertiser. The €25 million-rated forward is also being tracked by Tottenham and Newcastle after firing Besiktas to the Turkish title with 20 goals last year.