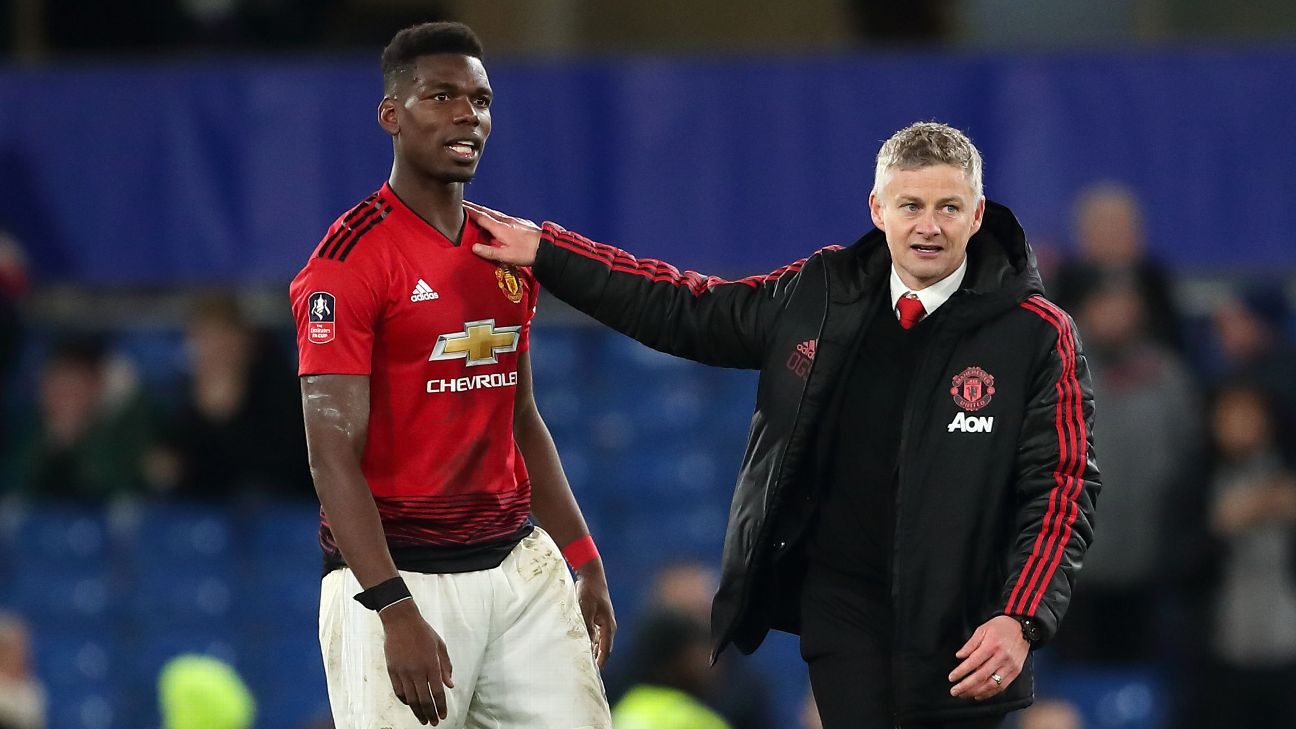 
Paul Pogba has branded Manchester United’s performance at Everton as “disrespectful” to all involved on Sunday.

Ole Gunnar Solskjaer’s side crashed to a 4-0 defeat at Goodison Park and the Frenchman did not hold back in his assessment of his, and the team’s, display.

– Ogden: United rebuild must follow in footsteps of Liverpool

“It is not good at all what we did,” Pogba told Sky Sports.

“Losing a game is something really bad that we don’t want to [do] when we are in the race for the top four and losing 4-0 as well.

“Not to be disrespectful and I am not disrespectful on Everton, but the way we played and the performance of myself, of the team, of everyone is disrespectful. We didn’t respect ourselves, the club or the fans.

“I don’t want to be harsh with my words but we don’t want to look like we did because the body language was not good enough for this shirt.”

Sky Sports pundit Gary Neville said afterwards the performance of some players at Everton had been “embarrassing” while Solskjaer questioned whether they cared enough to represent the club.

Pogba revealed part of what the Norwegian had to say to the squad after the final whistle with the 26-year-old admitting the players were “angry with themselves.”

“We let the manager speak, the staff speak and they spoke the truth,” he said.

“They said what happened in the game and it is not respectful for ourselves.

“What we did on the pitch is not respectful for the teammates, for the staff, for the people, for the kitman, for everyone.

“For their work, they put their life on us, the team and this club. What we showed on the pitch, we did not give them the joy back and that’s why we are angry with ourselves.

“We want to do better for sure and we have to. The reaction has to be there.”

Solskjaer and a selection of players apologised to the travelling fans at Goodison Park and Pogba insisted he would say sorry with a full-blooded performance in the derby.

“The only way to apologise to them is to give everything on the pitch, do our best, create chances, score goals, defend, work for the team and we can even lose games, but with a good performance and pride on the pitch,” said Pogba.

“That’s how we should apologise to the fans, just to give everything for us, for the club, for the shirt, for the teammates and for ourselves as well because it is us on the pitch and we cannot perform like we did.”