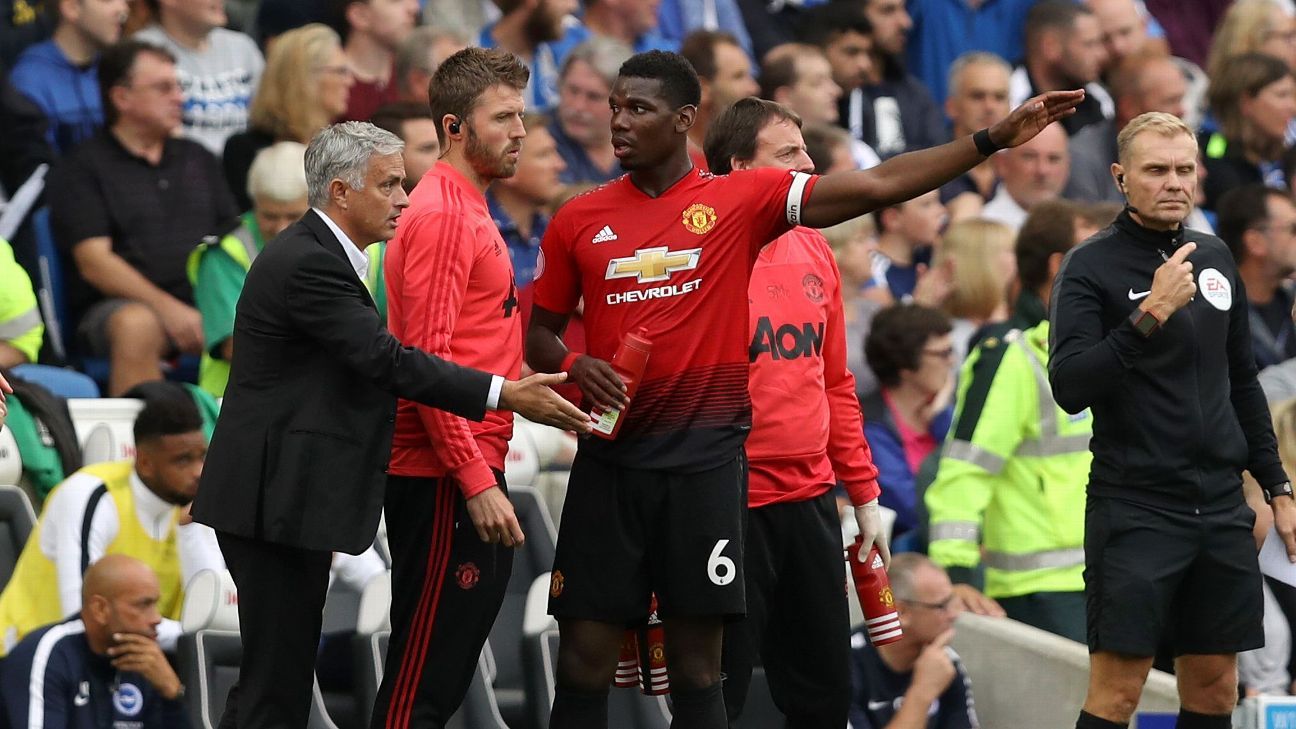 
Manchester United midfielder Paul Pogba is not a transfer target for Juventus, according to sporting director Fabio Paratici.

The Frenchman has been linked with a return to the Italian champions, as well as Spanish giants Barcelona, after a summer during which, sources have told ESPN FC, he has become unsettled at Old Trafford.

However, Paratici — himself linked with a move to United as part of a restructure at the club — has ruled out a move for the World Cup winner.

“We like Paul very much and we have a bond with him, but we have never thought about [signing him] and at the moment, this is not in our thoughts,” he told Sky Sport Italia.

Sources have told ESPN FC that Pogba is open to a move away from United next summer with Barcelona his preferred destination. Pogba, according to a source, is keen to leave whether Jose Mourinho remains in charge or not.

However, United are adamant they do not have to sell because the 25-year-old is under contract until 2021, a deal that also includes an option to extend by an additional 12 months.

Pogba has been at the centre of various controversial incidents this season.

In August, he claimed he could not say what he wanted about his situation at Old Trafford or he would be fined before appearing to criticise Mourinho’s tactics following the 1-1 draw with Wolves.

He was later stripped of the vice-captaincy by the Portuguese coach before the pair were involved in a training ground spat over an Instagram post sent by Pogba during the penalty shoot-out defeat to Derby County.