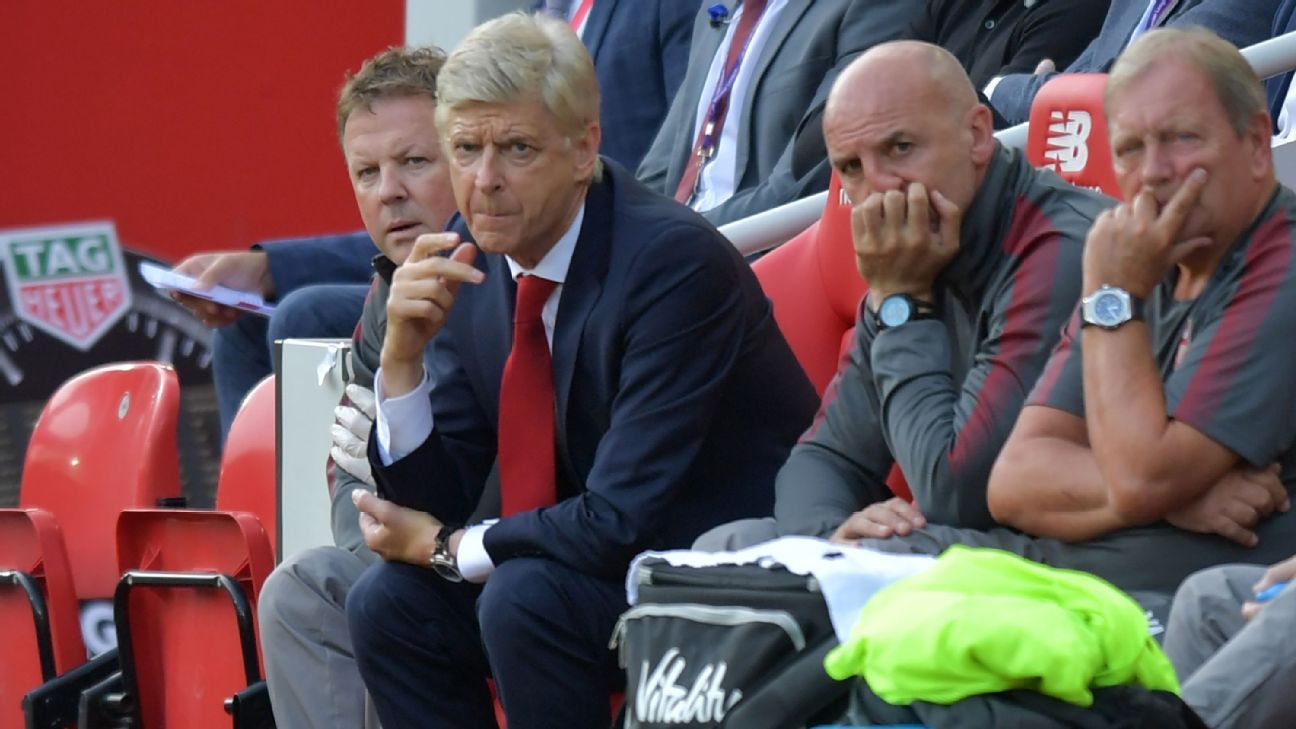 
Are Manchester United the real deal? When are Manchester City going to play like champions? Could Chelsea be a force after all? And will Liverpool be able to sustain their exciting start? Then there’s Arsenal, seemingly in crisis already, and Spurs are wondering what ghosts they must have upset at Wembley.

We have all these questions and the season is only three weeks old. It’s time to take stock as the Premier League prepares to resume after the international break.

United manager Jose Mourinho has made a habit of winning titles in his second year at a club, and early indications are promising that he can repeat the trick at Old Trafford. United have yet to concede a goal in league play while looking physically imposing and hard to beat. The signing of Nemanja Matic has freed up Paul Pogba to boss the midfield. Henrikh Mkhitaryan leads the league in assists, and Romelu Lukaku looks nailed on to get at least 20 goals. But United are yet to face any team that finished in the top half last season, so judgment must be reserved for now. But one thing is already clear: United will not finish 24 points off the top this season.

For all their spending, Manchester City are nicely placed without hitting top gear yet. A team with the talent to brush rivals aside is making hard work of things. The feeling lingers that if they defend better than last season and keep Vincent Kompany fit, they will usually score enough goals to win. Yet the attempt to prise Alexis Sanchez from Arsenal, with Raheem Sterling reportedly going the other way, suggests that Pep Guardiola wants even more scoring threats.

Chelsea’s wins over Spurs and Everton served notice that the champions will be putting up a real fight. Remember that the brilliant Eden Hazard is close to a return from injury, which will further boost Chelsea’s cause. More worrying is what seems like a strained relationship between Antonio Conte and owner Roman Abramovich. There’s only one winner in those arguments, which is why Conte may have turned down the volume in more recent media dealings.

Liverpool look electric at times, even with the Philippe Coutinho saga swirling round their heads. Roberto Firmino in particular has been magnificent. But they also looked great in the early going last season only to fade from the title picture. Their ability to sustain this early form is a fair question given the squad depth, even after signing Alex Oxlade-Chamberlain from Arsenal.

It is a cliche to talk of a Wembley jinx on Spurs but you have to wonder whether the players are starting to believe it. Late goals by Chelsea and Burnley at their temporary home have robbed Tottenham of three extra points. There’s also the issue of wages at the club, where players are known to sympathise with Danny Rose’s outburst on the topic. Discontent will fester if top players feel they could double their money elsewhere, but this is still a good Spurs team which can recover from a slow start.

It is debatable whether the same can be said of Arsenal, whose desperate display at Liverpool beggared belief. The Gunners ended up keeping a disillusioned Sanchez but missing out on Monaco’s Thomas Lemar despite a reported £92 million bid on deadline day — why wait so long? Another blow to Arsenal pride was Oxlade-Chamberlain’s rejections of big money contracts to take less at Liverpool.

Arsene Wenger admitted his team were “not at the required level” either physically or mentally. But how can that happen in a big game at Anfield? And why did it? It raises many questions about the attitude of the players and a strange selection and tactical approach from the manager. Wenger should have left the club honourably after the FA Cup Final win, with tributes to a fine reign ringing in his ears. The danger now is that he will be forced out, kicking and screaming in an undignified exit.

The next game against pointless Bournemouth looks huge already for Wenger. He surely cannot afford to lose it.