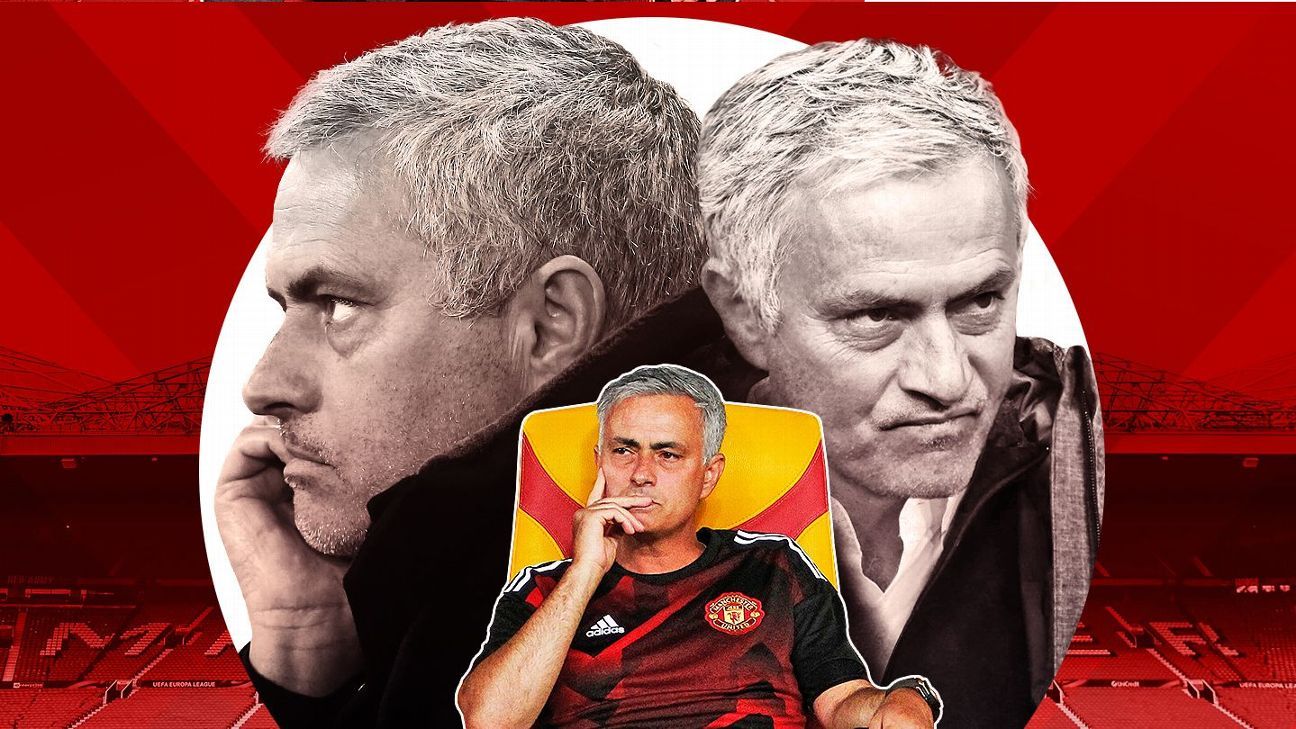 
Manchester United manager Jose Mourinho is the master of the dark arts — a man who can turn a news conference on its head with a simple sentence. Never has a football coach held such command of his rivals through his words. Here are a selection of his greatest triumphs.

Mourinho first annoyed Sir Alex Ferguson by sprinting down the touchline at Old Trafford as Porto beat United in the Champions League in 2004. Mourinho suggested afterwards that Ferguson must be “emotional” because his team were dominated by a club with “10 percent of the budget.” As manager of Chelsea, Mourinho said Ferguson had “put pressure on the referee” at half-time in a League Cup semifinal — comments that earned Mourinho a £5,000 fine. By the end, though, their relationship was cordial with Mourinho admitting the “best team lost” after his Real Madrid side knocked United out of the Champions League in 2013.

Mourinho and Rafael Benitez clashed repeatedly when they were in charge of Chelsea and Liverpool with Benitez claiming at one point Chelsea should not be considered one of the best teams in the world because they did not “create excitement”. After replacing Mourinho at Inter Milan, Benitez suggested he would win more than his rival with Mourinho responding: “One thing is for sure, Benitez won’t do better than me.”

Mourinho has called Arsene Wenger a “voyeur” and a “specialist in failure” during their clashes in charge of Chelsea and Arsenal. “I’m not used to failing,” Mourinho said in February 2014, “but the reality is he’s a specialist because, eight years without a piece of silverware, that’s failure.” In October 2014, the rivalry moved from the press conference rooms and onto the touchline and the pair had to be separated after squaring up during a game.

In 2011, as manager of Real Madrid, Mourinho said he would like Pep Guardiola to “win the Champions League properly” after he insisted refereeing decisions helped Barcelona win the trophy in 2009 and 2011. The rivalry has occasionally spilled over onto the touchline and into the dressing rooms. Mourinho was caught poking Guardiola’s assistant Tito Vilanova in the eye during scuffle on the touchline when Real Madrid met Barcelona at Camp Nou in 2011. Mourinho was also involved in a dressing room altercation with Guardiola’s staff after Manchester City’s win at Old Trafford in December.

Mourinho first clashed with Antonio Conte in October 2016 after accusing the Italian of a lack of respect following Chelsea’s 4-0 win over United at Stamford Bridge. It re-started in July 2017 when Conte said he wanted to avoid a “Mourinho season” at Chelsea after winning the title. Mourinho replied that he would not “lose his hair” over the remarks — an apparent dig at Conte’s hair transplant. It carried on in January 2018 with Conte calling Mourinho “senile” and a “small man” while Mourinho made reference to Conte’s ban for failing to report match fixing — a punishment that was eventually overturned.

2005: Jose Mourinho accused Barcelona manager Frank Rijkaard of talking to referee Anders Frisk at half-time as Chelsea are beaten by Barcelona in the Champions League. Mourinho refuses to talk to the press after the game and Chelsea submit an official complaint to UEFA. Rijkaard admits talking to Frisk but insists suggestions from Chelsea the referee entered the Barcelona dressing room were “invented.”

2010: In a book published in 2015, Mourinho say he felt Italian referees had a “campaign” against his Inter Milan team as they challenged for the Champions League in 2010. Mourinho says he was coaching his players to play 11 against 10 because of the regularity of red cards in Inter’s games. He wrote: “The more we focused on the Champions League, the more difficulties we had in the League. I always had the feeling that the referees had a campaign of errors against us. At one point I started coaching the team to play 10 against 11, to be ready in case we had a man sent off. However, I forgot to do nine versus 11, as against Sampdoria when they sent two of our players off.”

2011: After Barcelona beat Real Madrid in the Champions League in 2011, Mourinho claims UEFA and UNICEF are involved in a conspiracy designed to help Pep Guardiola’s team win the competition. He said: “If I tell UEFA what I really think and feel, my career would end now. Why does a team as good as they are need something [extra] that is so obvious that everyone sees it? I don’t know if it is the UNICEF sponsorship or if it is because they are nice guys. I don’t understand. They have power and we have no chance. All I can do is leave that question here in the air and hope that one day I will get the response.”

2017: Mourinho insists Manchester United have been given an unfavourable fixture list over Christmas and New Year that allows them only six rest days while rivals Manchester City, Chelsea, Arsenal, Tottenham and Liverpool all have more. Asked why he thinks that is, he says other Premier League managers have “friends in the right chairs” when it comes to fixture scheduling.