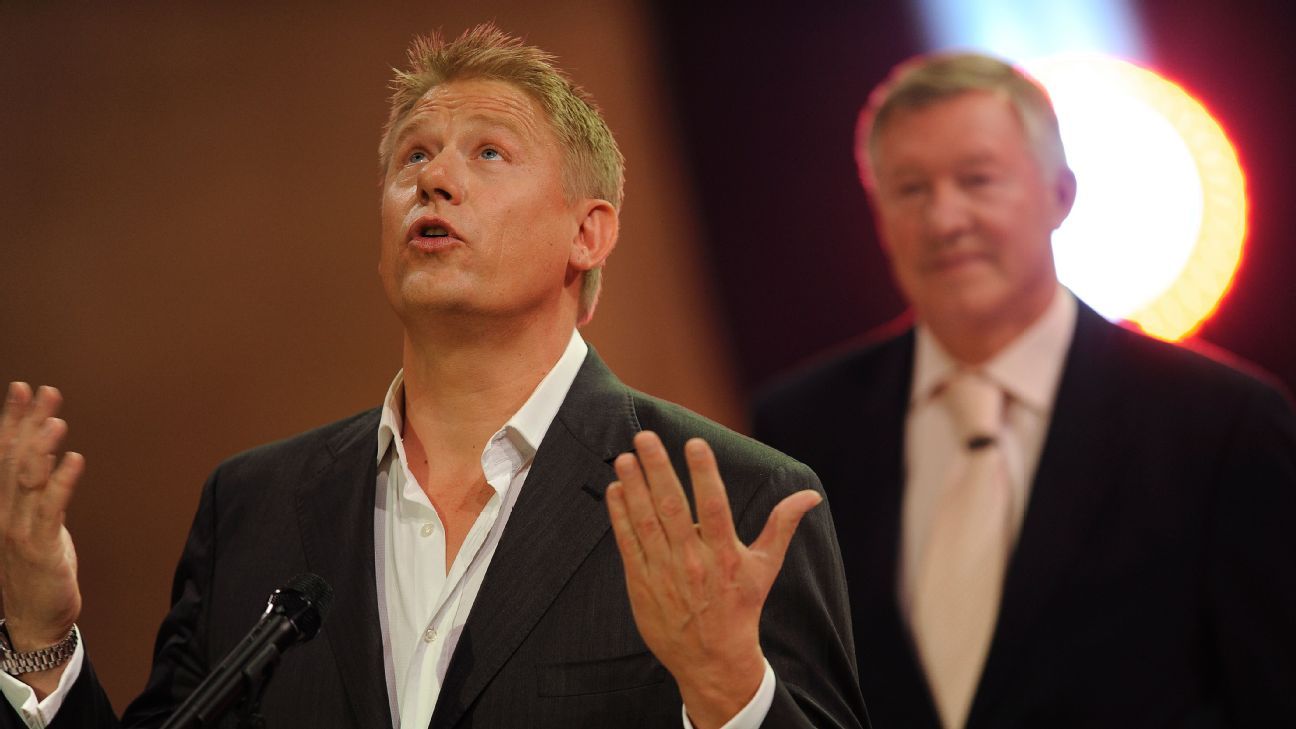 
Manchester United legend Peter Schmeichel says he will consider applying if the club appoint a director of football in the coming months.

After the sacking of Jose Mourinho and hiring of Ole Gunnar Solskjaer as caretaker boss last week, the structure in place at Old Trafford is set to change. Reports have suggested that a new director of football position is on the cards to work with executive vice-chairman Ed Woodward and Schmeichel believes he has what it takes to fill the role.

“I’m actually thinking about putting my name in there,” Schmeichel told BBC Radio 5 live’s Sportsweek. “It’s a tough thing to find out about yourself, everyone looks at you; the scrutiny, and I’m not afraid of that. It’s also a really big change in what I’ve done.

“I really want to get involved in football again at some point. I know I’m getting older, but my life has just turned out a different way after I retired from football.”

Schmeichel is a legend at the club having won five Premier League titles, three FA Cups and the Champions League during his eight-year stint as goalkeeper at Old Trafford.

“What’s really important is to get the Manchester United culture back and the identity back,” he added. “I would like to see [the job go to] someone who has played there, and can bring some of that Sir Alex [Ferguson] mentality back in the whole of the football club.

“I’m considering: ‘Do I have the qualities?’ And if I come up to an answer to that question, then I will put my name in the hat.

“I’ll have a good think about this over Christmas and New Year and make a decision about it.”